Not since World War II has the country looked so defeated 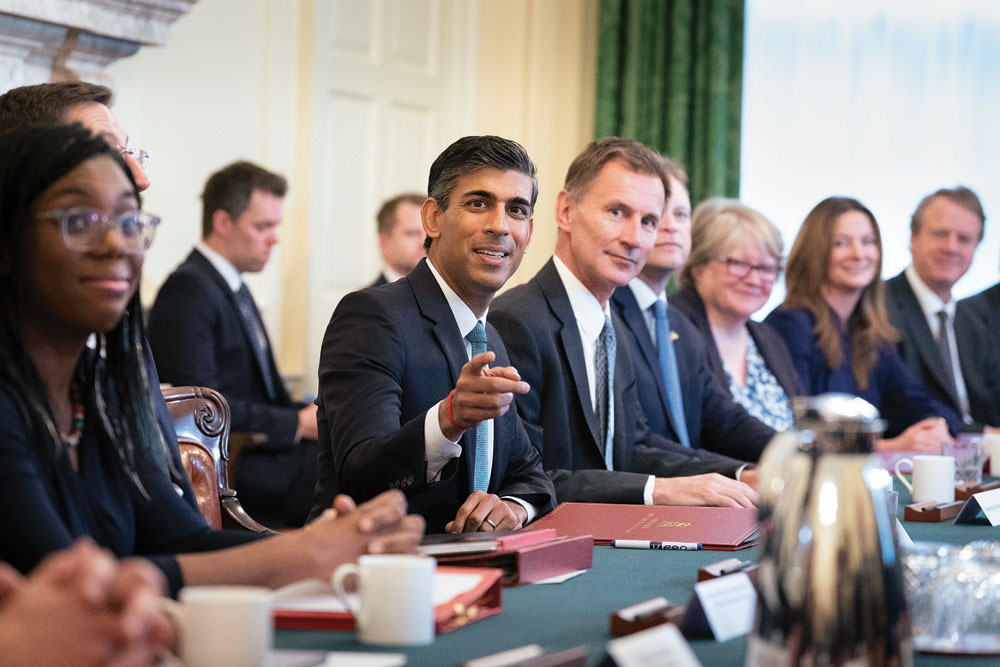 
THIS TIME LAST YEAR who would have imagined that England would be in the shape that it is in today? Who would have imagined a new monarch; three prime ministers in quick succession and the devastating knock-down effect of Brexit, as also the ramifications of the Ukraine war? Not since the last World War has Britain looked so defeated. Never has citizen sentiment been at such a nadir and never has it looked so haunted. From the moment you land at Heathrow to the moment you depart, it has all the charm of a Third World country that is in denial and wishes to do nothing about its plight. The irony is people still flock to London and many have moved residence: but for reasons that may have to do with the quality of life rather than the quality of work.

In all my years of visiting London, I have never seen such despair and hopelessness as I have been seeing of late. When you ask Londoners about the state of affairs, they merely shrug their shoulders. As if there is nothing one can do. England used to be genuinely secular and tolerant of religions but that is no longer the case. Identity and religion have now come to the fore with alarming repercussions. Urban crime has shot up like never before. People will warn you against wearing expensive watches and jewellery, also because the divide between the haves and have-nots has dramatically widened. The cost of living is unbearable and food prices have risen by almost 35 per cent year-on-year, with no commensurate increase in income: add to that the Brexit fallout and it’s a recipe for disaster. Hotels and restaurants are understaffed, which means many only open for one service, be it lunch or dinner. Earlier, people from other countries in Europe would flock to London to work but even that has dissipated because of the cost of living. For those living in England, there are daily nightmares. Only recently, London experienced its sixth Tube strike this year, not to mention several trains being cancelled at other hubs, such as Manchester and Birmingham.

Politically, England is even more sharply divided than ever before. The Conservatives have been backtracking on every promise they’ve made, and Labour is no better. Rishi Sunak, who is genuinely a breath of fresh air, had to ask one of his ministers to resign owing to bullying allegations while the deputy prime minister came in for the same criticism. Keith Starmer, the leader of the Labour party has also been a disaster and you now have a situation where his predecessor, Jeremy Corbyn, is willing to stand as an independent candidate for the London mayor elections, if not given a seat by his own party. Britain’s standing in the global comity of nations has also taken a beating. No one really cares about Britain anymore, and their ambivalent stance on China has not helped matters. There is a need for Britain to urgently repair its relations with neighbours, such as France and Germany.


Economically, Britain is ravaged. It would be the most fragile economy in the developed world. Raising taxes and cutting down on government expenditure is one thing but it is equally critical to address domestic consumption and inflation

Economically, Britain is ravaged. It would unarguably be the most fragile economy in the developed world with no green shoots in sight. Raising taxes and cutting down on government expenditure is one thing but it is equally critical to address domestic consumption and inflation and attract investors into England, none of which seems likely.

With King Charles III, now the monarch, one can expect Britain to take the lead in crucial areas, such as climate change and a more responsible society given his avowed passion for both, but then what remains to be seen is how much leeway parliament will give the monarch. Then there’s, of course, the niggling issue of Scotland: it isn’t a comfortable crown that both Charles and Sunak have inherited.

But then countries like England have resilience in their DNA. So, one would hope things would settle, but even by Sunak’s admission, there will be a lot of pain in the next two years before signs of recovery are seen.

The Caravan and Barking Dogs