After the Ayodhya Acquittal

It is time for India to move on 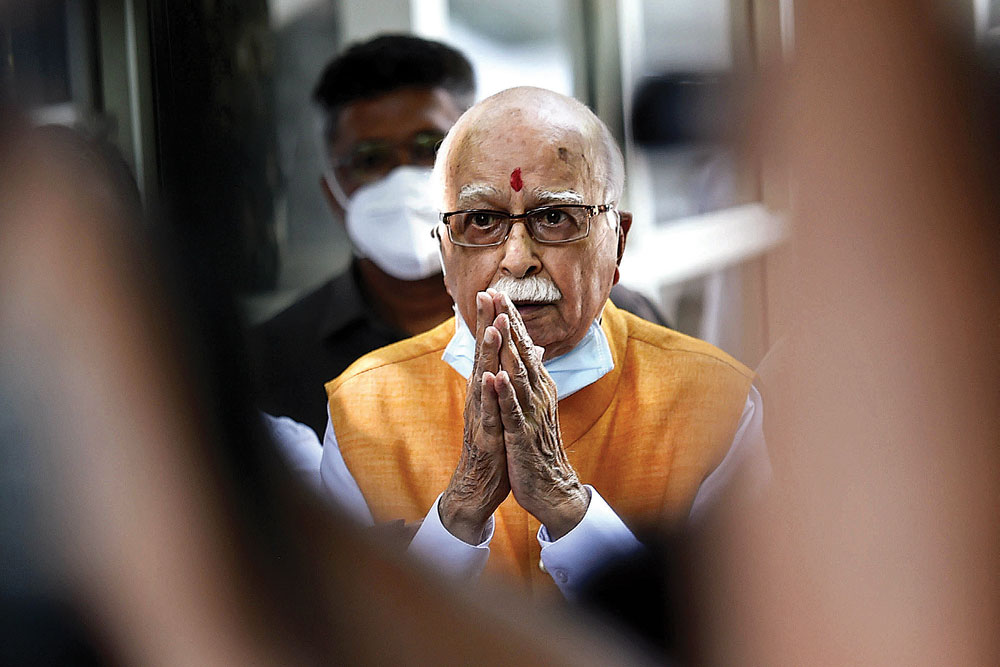 
THE 2,300-PAGE JUDGMENT by Special Central Bureau of Investigation (CBI) Judge SK Yadav, exonerating 32 individuals accused in the Babri Masjid demolition case, has led to predictable heartburn and anger among many. It is a fact of life that judicial decisions between contesting parties lead to winners and losers. But judgments on political events of great import magnify the sentiments of loss and victory. Although in the present case there were no public signs of jubilation, let alone any victory celebration. In contrast, the sense of loss and anger is palpable among political leaders and analysts of a certain persuasion.

It is a counterfactual exercise to ask what would have happened if the verdict had been different and delivered during the tenure of a ‘secular’ government. One can never know, for that is the nature of a counterfactual. But one can surmise that the equation of losers and winners would have been reversed. There would have been ample commentary on secularism being vindicated; India being a country run according to the rule of law and the happy glow of robust constitutionalism. All of them are being denied today.

The facts of the case are too well known to be repeated. But it is sufficient to note that one of the charges against the accused before the trial court was that of conspiracy to commit a crime, in this case the demolition of the mosque. This was under Section 120B of the Indian Penal Code (IPC). There were other charges as well: incitement to violence (Sections 153A and 153B of the IPC) and unlawful assembly (Section 149). Of these, the ones on unlawful assembly and incitement to violence should have been the easiest to prove. There was, so to speak, plenty of evidence in the form of recordings of events on December 6th, 1992 as also press reports of the event. The court rejected the evidence on this score. The investigating agency did not get this evidence authenticated to the extent necessary for it to be considered by the court. This aspect of the case and the trial proceedings have attracted little attention and have evoked relatively muted reactions.

On the matter of conspiracy, however, all hell has broken lose. The fact that LK Advani, Murli Manohar Joshi and others were present on that day at the site in Ayodhya is, ipso facto, considered sufficient to attract charges of conspiracy by virtually everyone ruing the verdict. The argument made in pressing this line of reasoning proceeds in two steps. In the first step, it is said that the Supreme Court had in two different cases in 2017 and 2019 held the demolition of the mosque to be a crime and had, back in 2017, revived the conspiracy charge. Then there were the conclusions of the MS Liberhan Commission of Inquiry that pinned individual culpability on 68 individuals, from Atal Bihari Vajpayee to the local additional superintendent of police at Faizabad. In the second step, in light of the first one, the trial court should have drawn ‘reasonable’ inferences from the facts and circumstances of the case to conclude that a conspiracy had indeed been hatched to demolish the mosque. In making these claims, the usual riders of benefit of doubt if the evidence is not overwhelming, the fact that evidence of conspiracy is always circumstantial, and other escape clauses are affixed to the overall claim that the 32 accused should have been held guilty. In making this claim, these arguments come perilously close to the political argument that the BJP and the Sangh Parivar are responsible for the trials and tribulations of Indian secularism.

That is not how Indian courts work. If court W says that crime X happened at place Y on date Z, that does not mean a trial court has to take these at face value and not evaluate the evidence presented to it. By saying adhere to what court W says, one comes very close to the Chinese communist notion of justice: if a person in power recites some ‘facts’ then facts they become. In the event, the court in Lucknow proceeded as any Indian court does: it evaluated the evidence and found it wanting.


The CBI should be free to appeal to a higher court. That is best left to it and not those who berate the ‘absence of closure’. But it must be remembered that the attempt to paint the 32 accused as guilty and keeping the case open for decades is pure politics. Nothing came of it and that was not due to politics but the absence of evidence

Conspiracy by definition is hard to prove. In this case, the allegation was that the accused, including Advani, met on December 5th, 1992 at the house of Vinay Katiyar—another accused—to plan the demolition the next day. This charge fell through in the absence of evidence. It is this aspect of the case that has drawn maximum ire from the secular crowd. The demolition of the mosque and so-called majoritarianism in India are cited as examples of ‘mob rule’. Surely, demanding that a court hold the accused guilty in the absence of corroborating evidence, too, is a mob desire even if the mob is suave and sophisticated.

Only the fringe will celebrate the manner in which the mosque was brought down. But it is also a fact of contemporary history that all paths to a negotiated settlement or agreement were blocked by those who wanted to uphold ‘secularism’ at any cost, even if it spelled doom for this variant. There were enough moderate Muslim and Hindu leaders who could have come to an agreement and sorted out the matter. Anyone who recalls the period between 1992 and 1995 will know that there were endless ‘formulae’ bandied about to resolve the issue: from prime ministers to godmen and from clerics to leaders, everyone tried to get out of what was undoubtedly a difficult situation but one which was not closed to the possibility of any agreement. But that was not allowed to happen. The political polarisation being witnessed today is not due to hatred among Indians but because a certain ideology and beliefs are held to be illegitimate. The slow boil in Indian politics since then has been about democratic assertion and not about a ‘majority community’ trying to suppress a ‘minority’. That distinction founders on numbers alone.

The danger to India’s social fabric does not come from a majority trying to suppress a minority but from the ideological use of declaring one community and its beliefs illegitimate in the India of a certain imagination. The trouble is that India is imagined by its people and
not a mob of ideologues who decide what is acceptable and what is not.

The best thing that can happen is for the country to move ahead by accepting the verdict. Yes, the CBI should be free to appeal to a higher court if not all the way to the highest one. That is best left to it and not those who berate the ‘absence of closure’. That process of appeals is not illegitimate by any stretch of the imagination. But it must be borne in mind that the attempt to paint the 32 accused as guilty and keeping the case open for decades is pure politics. Nothing came of it and that was not due to politics as some have alleged but due to the absence of evidence.