Fear is both the great equaliser and an extremely effective disciplinarian 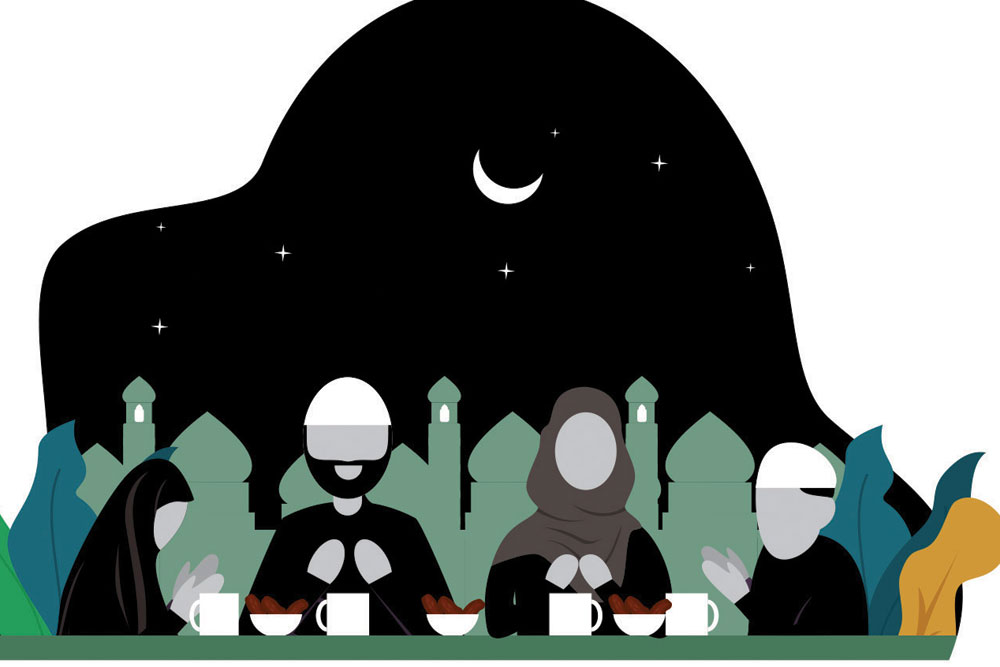 
BOOKS TALK. WRITING talks back. It is a happy conversation in that tentative space called isolation. Once reading is gently separated from immediate necessity or functional utility, it acquires a sui generis pleasure that rejoices in tangential glimpses of some reflected truth. Witness: a long-forgotten biography of the architect of German unity with a Prussian face, Otto von Bismarck, peeled out from long-neglected bookshelves, by the great historian AJP Taylor.

In 1838, the age of 24, Bismarck briefly contemplated coming to India in the service of the British Raj, possibly inspired by a brief romance with the British lady touring Germany.

Before a final decision, Bismarck asked himself what must be considered one of the great rhetorical questions of the 19th century: “What harm have the Indians done to me?”

None, of course. So why should he join the British empire to inflict harm upon Indians? There was no doubt in his mind that colonisation was a perpetual harm. 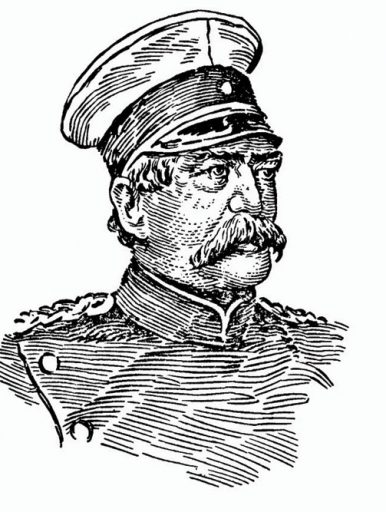 Was Bismarck being Bismarck, or was he being a German? It is an interesting fact that Germany never seemed as enthusiastic as Spain or England or France or Netherlands about ruling distant lands. Instead, Berlin invested its energies on conquering those who had conquered the world. Within another generation, the centripetal forces unleashed by the united Germany of Bismarck and the centrifugal ambitions of fellow Europeans ended in a blood-soaked heap that took over 150 million lives in two catastrophic World Wars. All these ‘great powers’ had one thing in common. A Prussian maxim controlled their strategic philosophy: ‘Unless we grow greater, we shall become less.’

If books are dialogue, the movies I prefer are much loved chatter. Nearly every evening of lockdown has been lifted by an old classic in the splendid spectrum from Dev Anand to Cary Grant, or leavened by the restaurant wit of a 1990s TV series like Seinfeld.

Paying Guest is the perfect movie for isolation angst. It wafts on the brisk breeziness that Dev Anand brought to all his films, taking it to memorable heights in a refined presentation like Kaala Paani.

Madhubala (at least twice in the role of a newspaper reporter) was Anand’s perfect foil, but stars like Nalini Jaywant, Kalpana Kartik, Geeta Bali, Nutan and Sadhana were equally in their element in the Anand company.

In Paying Guest, Dev Anand is a briefless lawyer who manages to lose cases with a helpless shrug and a post-failure smile. No sentiment wasted. Naturally, he has no money, which is bad news for his landlords. Fast forward. Poverty is never a barrier to true love. He woos and wins Nutan on a borrowed bicycle, but her father is not so generous when it comes to extracting rent from the penniless lawyer, who is also a paying guest, albeit disguised, in their house.

There inevitably arrives the dilemma day when he must either pay the rent or be thrown out. Nutan’s solution is worthy of some high priest of the Reserve Bank of India.

She loans Dev Anand money she has been given by her father for household expenses. But how will she then buy groceries for the day’s meals, he asks. That, replies Nutan, is not a problem. When her father gets the rent, he will give the money back to her, and she can then buy the groceries.

The money re-enters the market in a different nomenclature, but everyone is happy: the rent is paid and food is purchased. Everyone survives the crisis and waits for the moment when surplus earnings can be created through a paying client or a regular job. This monetary policy does not work when it becomes a gift; for a gift can only be a one-time solution. A loan buys time as well as food. The time can be used for job-creation.

Paying Guest was released in 1957. By the standards of those days, production must have started around 1955. Story and scenario were by Subodh Mukherjee; screenplay and dialogue by Nasir Hussain. That was the time when government decisions were made which imprisoned the economy into state-controlled pseudo-socialism and extracted such a high price in the 1960s, when hunger and hopelessness gave rise to Naxalism, and actual famine devastated the second half of the decade.

Would we have been better off if Subodh Mukherjee and Nasir Hussain had been appointed chief advisors to the finance ministry, instead of economists enveloped in theory and politicians consumed by slogans?

A calendar does not measure history. It is at best a neutral marker in the eternal flow of time. All calendars begin at some preferred moment of the past, and therefore are subjective. That does not make them less useful for their intended purpose. All one is suggesting is that if the interpretation of time is going to be subjective, then is it time to examine the subject once again? 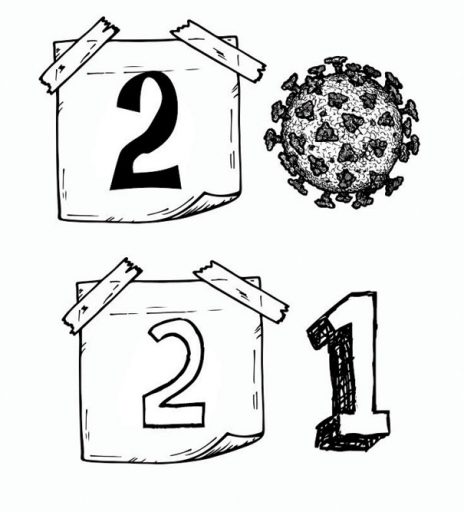 The most boring comment on this dread-driven pandemic is that it will lead to a new world order. Well: long before any new order, there is going to be some serious new disorder. But once we manage that peril, which could be less amenable to redemption than we hope, will some shining new Jerusalem rise up upon a hill?

If so, then this will be the first age of mankind born of a malignant pregnancy called existential fear: fear of disintegration, fear of isolation and fear of death, which is the ultimate combination of disintegration and isolation. Past eras have started with years of optimism. If the future of the 21st century is born of death, then the possibilities for the living become creative. One is reminded of the British artist David Hockney who reduces the cause of all death to a simple fact: birth.

Order is the effort to shape the few decades in our life’s remit into some form of rational, collective behaviour that does not extinguish life before its time, and makes survival as comfortable as possible. No more, and perhaps no less.

What we do know now, from our experience of the last 10 weeks, is that fear is both the great equaliser and an extremely effective disciplinarian. Who would have thought that the lockdown would have brought as free-spirited a people like Indians to a voluntary halt? Indians not going to work may be par for the preferred human course, but Indians not going to marriages is about as superhuman as it gets. One of the more remarkable experiences was the discipline and concern with which the overwhelming majority of Muslims behaved during the month of Ramzan. 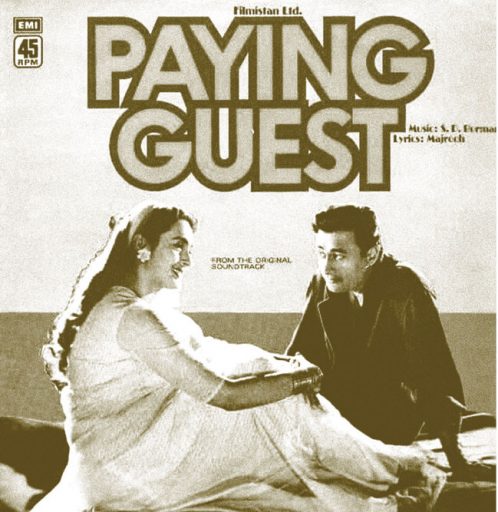 One of the more memorable demonstrations of a credible leader’s impact on the national mood came when Prime Minister Narendra Modi reminded Indians, and indeed the world, that the pandemic did not discriminate on the basis of religion or caste or creed or colour. It was the enemy of humanity. It was time once again to unite in a crisis. The response was visible across the country, and even during the turbulence and hardship faced by migrant labourers rushing back to their villages, driven by poverty and fear of the unknown. There were thousands of stories of Indians helping one another in ways that were moving and evocative of the values that frame the aesthetics of our behaviour.

If the people participate in the creation of a new world order, we might achieve something sustainable—and democratic. India’s pride is its democracy, and it will be a template. If there is a new world order, regimes that are authoritarian, with hegemony in their DNA, will be shunted into the dustbin of the past.

Here is some glitter from one such dustbin.

British imperialists, and that special pedigree of empire bureaucrats, had one excellent trait. They knew how to laugh through their stiff upper lips. At first glance, that might seem like a contradiction, or a syllogism. But not if you consider that sarcasm is well suited to stiff upper lips. The British also understood, and continue to do so, that you have no right to laugh at others unless you know how to laugh at yourself.

And so the term that they employed for bagfuls of cash to ‘native’ politicians and worthies in their colonies was ‘King George’s cavalry’. This was King George V, grandson of Queen Victoria, whose long reign between 1910 and 1936 saw both the apex of British power as well as the rise of the challenge that destroyed the most formidable empire in history, most notably the epic struggle for dignity, justice and freedom led by Mahatma Gandhi. The four Georges before him were colourful characters. George III was not quite as mad as his detractors suggested, nor as sane as he thought he was, for while he lost America, he did manage to consolidate the British hold on India during the 60 years of his rule. When these Georges called out the cavalry, they meant the real thing, not its substitute in gold coin. But neither the sword of the 19th century nor the gold of the 20th saved acquisition by conquest, sustained by collaboration with puppets within the ‘subject races’. 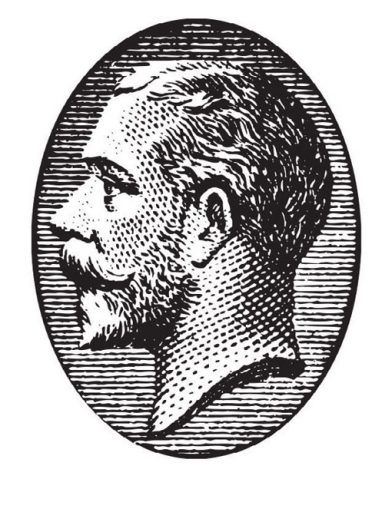 When the final mathematics is done, probably by next year, we may yet find that more people tired of the watery humour on social media than those who were enthused by it. However, I was grateful for one message sent recently by a friend.

On March 25th, one of the great actresses of the 20th century, Nawab Banoo, passed away, forgotten in the gloom and uncertainty of the first week of lockdown. She is better recognised by the screen name given in 1949 by her great colleague, Raj Kapoor, for their first film together, Barsaat. Nimmi.

In popular cinema, you can never escape the stereotype, not because casting directors make such decisions but also because audiences find their comfort zones in the familiar. Nimmi did occasionally try and elide the tragic village belle routine. Her looks were haunting, her eloquence was literary, her career was testimony to talent. She is among the last to leave us among a generation that dominated decades of screen presence. Raj Kapoor, Dev Anand, Guru Dutt, Nargis, Madhubala, Nutan, Sadhana, Johnny Walker and so many others: they must all be in the big theatre above the sky-bowl, surely having the time of their eternal lives.

Don’t expect them to be defeated by something as marginal as death.