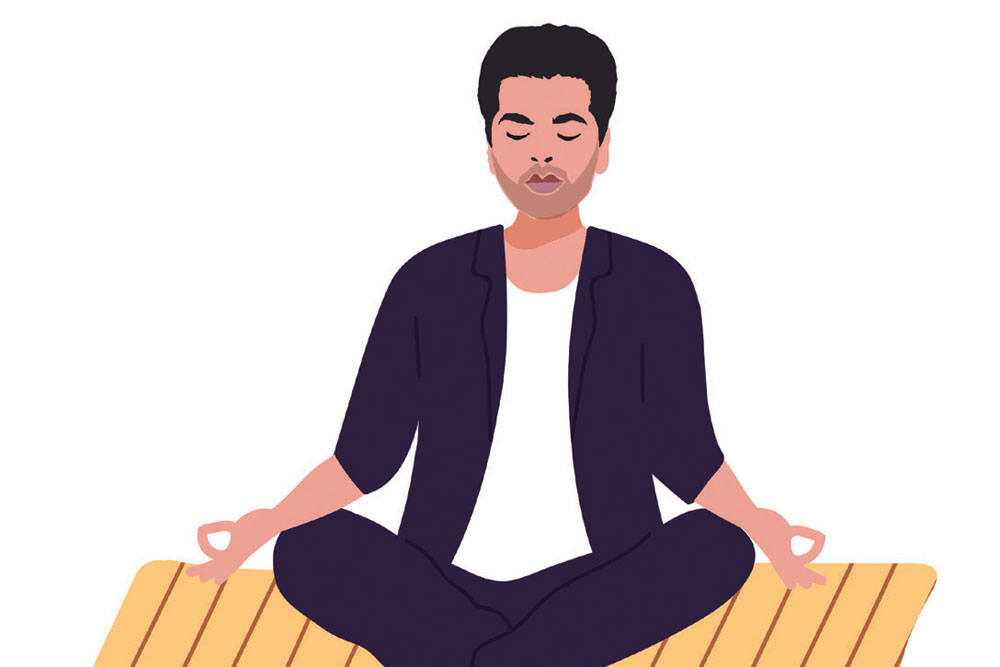 
I’VE NOW BEEN in quarantine since March 16th; initially I had thought, how will I do it? For someone like me, who does a hundred things a day, meets scores of people and is always so frenetic, the national lockdown because of the coronavirus was a shock. But it was a required shock. Without trying to overthink things, it’s allowed me to live with some of my thoughts and tap my inner zen. It has enabled me to look at the larger picture and not be selfish. Things could be so much worse, and they are for so many people. I know that.

But now that I have this time, I’ve decided to leverage this, spend it meaningfully with my mum and the kids. The family time has meant a lot of long conversations and deep discussions with my mum. There have been a lot of life learnings and philosophical as well as emotional lessons, personally and professionally. For the first week of the quarantine, I was focused on my work. We did a lot of Zoom calls and conference calls because of all the movies we had under production or ready for release. We had to recalibrate everything. In the case of Takht, the film that I was about to direct about the battle for the Mughal throne between Dara Shikoh and Aurangzeb, the costumes were ready, the look tests had been done, the drafts had been sent to all the actors. We were all guns blazing. We had initially decided to shoot the film in Florence in Italy where we had found a palace with amazing Mughal-like architecture before moving on to Spain, but we quickly realised that things were going south there. So we had decided to put up the sets in Mumbai in Film City. One was a mammoth set and the other was a more intimate chamber. Work was on in full swing but we had to stop everything, and now I realise we were right in doing so much earlier than the official lockdown was declared.

But Takht was not the only film we at Dharma Productions were about to start. The last schedule of Brahmastra, which stars Ranbir Kapoor, Alia Bhatt and Amitabh Bachchan, was about to start. Dostana 2’s second outdoor schedule had been decided. Shakun Batra’s film with Deepika Padukone was to start shooting in Sri Lanka on March 24th. Shashank Khaitan’s film was to start. Janhvi Kapoor’s Gunjan Saxena: The Kargil Girl was ready for release and its marketing had to be decided. So, as of now, we have at least seven projects in limbo.

But after the first week, we realised the virtual meetings were meaningless. One can only pray now, not plan. So I’ve gone back to utilising this time for soul cleansing.

This has been a time for reassessment, for realignment and for rethinking. All of us need to introspect now and I believe all of us will come out of this crisis as different human beings. It will be a pity if we don’t align with what the universe is telling us. Something deeply fundamental has happened to us. Every excess, every indulgence, every extra trifle in our lives has been stripped away; this has taken us back to the very essentials of what our daily life should be about: our families, our necessities, our love for one another. It has shown us how silly we all are because we are all in a hurry and yet not actually going anywhere in particular. There are a lot of things that are totally redundant in our lives and it has taught us to let go, to learn to live with less.

It’s been a massive learning for me. And I feel it will alter all of us as human beings and as professionals. How it will do so, in what ways and with what results, I don’t know. But I do know that it has made us appreciate what we have, and not strive pointlessly for what we don’t need. We and the world will never be the same again.

Karan Johar
Karan Johar is an author, a filmmaker and a producer