The philosophy and geography of soul cleansing 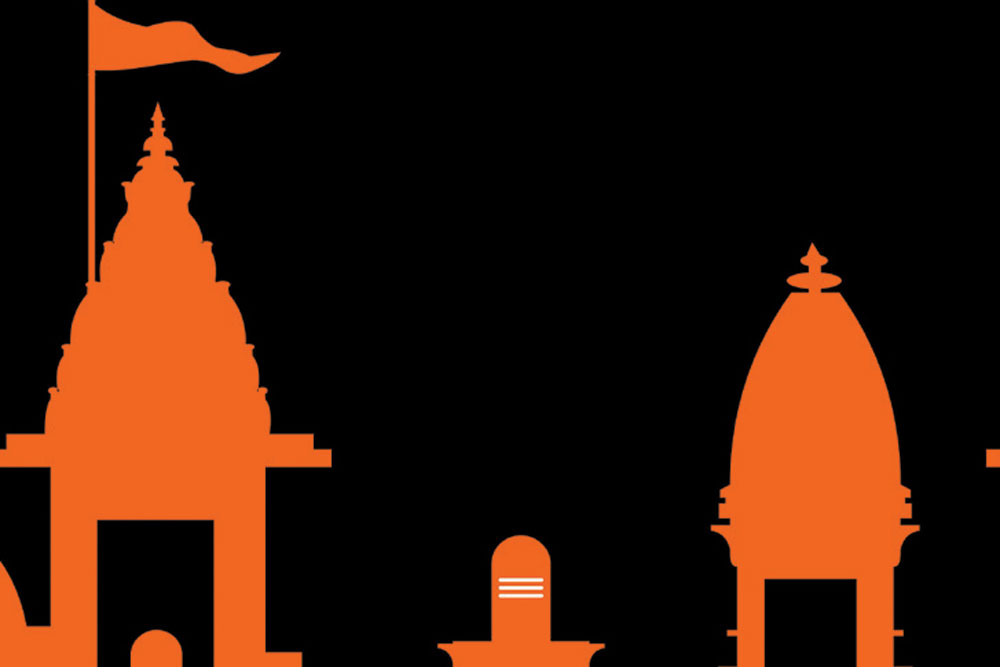 
AMONG JYOTIRLINGAMS, PERHAPS the most famous is Kashi-Vishveshvara jyotirlingam. Let’s turn to that next, basing the account on the Shiva Purana.

Suta said, “O supreme rishis! Listen. After this, I will tell you about the greatness of Vishveshvara, who destroys great sins. Everything that can be seen in the world is only a material object. His nature is consciousness and bliss. He is without transformation and eternal. He is kaivalya, but he desired a second. In this way, the saguna form, known as Shiva, originated. He divided himself into two, differentiated as masculine and feminine. The masculine form is known as Shiva and the feminine form is spoken of as Shakti. Both of them, Purusha and Prakriti, were created from the form whose nature was consciousness and bliss. The form from which they originated could not be seen. Unable to see their mother and father, Prakriti and Purusha were filled with great doubt. A voice arose from the nirguna paramatman. “For the sake of excellent creation, you must undertake austerities.” Prakriti and Purusha replied, “O lord! O Shiva! A place does not exist for austerities. Following your instruction, where will we base ourselves, so as to undertake austerities?” At this, an auspicious energy spread, extending for five kroshas. This became a beautiful city, equipped with every possible object. Nirguna Shiva created it and sent it. It remained in the firmament, near Purusha.”

Desiring to create, Hari established himself there. Resorting to dhyana, he tormented himself through austerities for a very long period of time. As a result of his efforts, many streams of water started to flow. They enveloped the void and nothing could be seen. Vishnu saw this and thought, “What is this wonderful thing that can be seen?” Seeing this wonder, he shook his head. At this, an earring fell down in front of the lord. From this, the great tirtha of Manikarnika [literally, the jewel from the ear] originated. That expanse of five kroshas was floating in the flood of water. At that time, nirguna Shiva quickly held it up on his trident. Vishnu slept there, along with his wife Prakriti. Following Shankara’s command, Brahma originated from the lotus in his navel. As a result of Shiva’s instruction, he started on a wonderful act of creation. He created the cosmic egg, with its fourteen worlds. Sages have said that the expanse of the cosmic egg extended for fifty crore yojanas. “In this cosmic egg, bound by karma, how will beings obtain me?” Thinking this, he released Panchakroshi [the expanse consisting of five [pancha] kroshas]. “It is my view that this brings auspiciousness in the world and destroys karma. It manifests emancipation. Kashi leads to the bestowal of jñana. It is extremely loved by me. The lingam of Avimukta has been established by the paramatman himself. O one who has been born as my portion. You should never abandon this kshetra.” Saying this, Hara himself released Kashika from his trident and brought it down on earth, in the world of the mortals. When Brahma’s day ends, it is certainly not destroyed. O sages! Shiva holds it up on his trident then. When Brahma starts on his act of creation again, it is re-established. It is understood to be Kashi because it drags out karma (that is, destroys karma; based on karshana, drawing out or dragging). The lingam of Avimukteshvara is always established in Kashi. It bestows emancipation on people, even those who have committed great sins. Sarupya and other forms of emancipation can be obtained elsewhere. But it is only here that living beings obtain sayujya, the best form of emancipation. Those who cannot find a destination find it in the city of Varanasi. Panchakroshi is extremely sacred and destroys the sin of killing crores of people. All the immortals desire a death here. What need be said of others? It bestows objects of pleasure and emancipation. It is always loved by Shankara. Brahma always praises it and so do Vishnu, siddhas, yogis, sages and all the others in the three worlds.”

[The terms mentioned above refer to different levels of emancipation. Salokya is the ability to reside with the Lord, samipya is proximity to the Lord, sarupya is to be like the Lord in form and sayujya is identification with the Lord. For those unfamiliar with Shaiva dharma, Rudra is not the same as Shiva.]

“Even if I speak for one hundred years, I am incapable of describing everything about Kashi’s greatness. Nevertheless, I will speak according to my capacity. The lord of Kailasa has tamas on the outside and sattva inside. He is nirguna. But assuming gunas, he is famous under the name of Kalagni [the fire of destruction]. Prostrating himself several times, he spoke the following words. Rudra said, “O Vishveshvara! O Mahesha! There is no doubt that I belong to you. O Mahadeva! Please show me your compassion. I am your son and that of Amba. For the welfare of the worlds, please remain established here always. O protector of the universe! O lord of the universe! I am praying to you to be a saviour. Avimukta [meaning Rudra], controlled in his atman, beseeched him repeatedly. With tears of joy flowing from his eyes, he spoke to Shankara. Avimukta said, “O lord of devas! O Mahadeva! O excellent medication against the ailments of time! You are truly the lord of the three worlds. You are served by Brahma, Achyuta and others. O divinity! Please accept the city of Kashi as your capital. For this unthinkable pleasure, I will remain here, immersed in dhyana. Other than you, there is no one else who can bestow emancipation, no one else who can grant wishes. Therefore, for the sake of welfare, always remain here with Uma. O Sadashiva! Save all beings from this ocean of samsara. O Hara! Please accomplish the task of the devotees. I am praying to you repeatedly.” Vishvanatha Shankara was entreated in this way. For the welfare of the worlds, the one who rules over anyone remained there. The day Hara arrived in Kashi is the time from which Kashi became the best place of all.”

The rishis said, “O Suta! If the great city of Varanasi is sacred, please tell us about its powers and those of Lord Avimukta.”

Suta replied, “O lords among sages! Briefly, but properly, I will tell you about the extremely beautiful city of Varanasi and Vishveshvara’s greatness. Listen. On one occasion, Devi Parvati was filled with great delight. Desiring the welfare of the worlds, she asked Shankara about the greatness of the two Avimuktas. [By the two Avimuktas is meant the city of Kashi and the Vishveshvara lingam.] Parvati said, “Out of compassion towards me and desiring the welfare of the worlds, you should tell me about this kshetra’s greatness. Hearing Devi’s words, the lord of the universe and the lord of devas replied to Bhavani, to ensure pleasure to all beings.”