A Passage to India 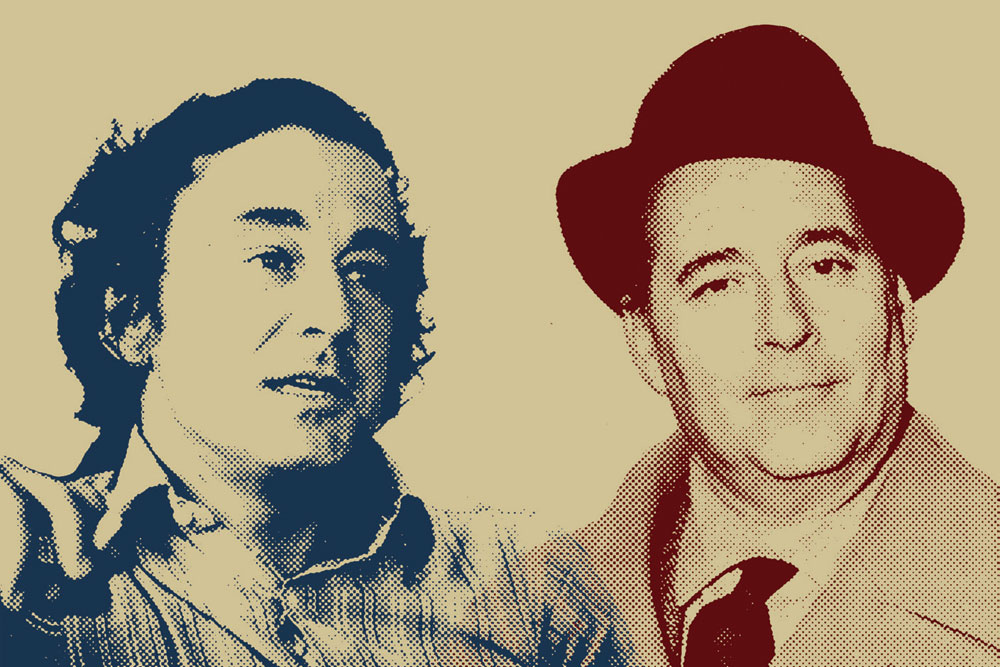 
TWO FAMOUS FILMMAKERS, one Italian and the other French, came to India to make docu­mentaries on the country. The Italian, Roberto Rossellini, came in late 1956 at the invitation of Prime Minister Jawaharlal Nehru. The man had an intense dislike for Indian food and brought along with him a hundred kilos of spaghetti.

Nehru wanted to put some life into the deadly boring documentaries that were being made by the Government’s Films Division, and were compulsory viewing in cinema halls before the start of every feature film. To avoid these 15-minute Soviet-style propaganda films, audiences would arrive late for screenings. Thankfully, when television arrived in the country, Doordarshan took over the task.

The prime minister also wanted Rossellini to showcase India abroad through his films. Someone must have advised him that Rossellini was the right man to do it. Nehru him­self had little interest in films. The choice of the Italian was a decision he was to regret later.

The Frenchman, Louis Malle, came uninvited 12 years later with a crew of only two men, a cameraman and a per­son to record sound. His family was rich and he paid for the expenses from his own pocket. The man was easy-going and popular everywhere he went. However, like the Italian, he too caused the Indian Government grief but for entirely different reasons.

Nehru’s choice of Rossellini was, in fact, a good one. He was the most prominent of Italy’s filmmakers who emerged at the end of World War II and transformed the way films were made. His film, Rome, Open City (1945) was set in Rome during its Nazi occupation. It was made on a shoestring but was internationally recognised as one of the great films of the post-war period. Rossellini was credited with introduc­ing neorealism in films, the use of non-professional actors and with stories that were closer to reality.

His next film, Paisan, made the following year, consist­ed of six episodes on life in Italy during the same war. I saw it as a teenager in a one-horse town in Fiji and was suitably impressed. It introduced me to a different genre of films. One can see Rossellini’s influence in Bimal Roy’s Do Bigha Zameen (1953) and Raj Kapoor’s Boot Polish (1954).

Jean Renoir, who had recently made The River (1951) on the banks of the Hooghly in Calcutta, had recommended to Rossellini that he meet Harisadhan Dasgupta while he was in India. He had been his assistant during the making of the film. When Dasgupta came to meet Rossellini at his hotel, he made the mistake of bringing his wife along.

The wife, Sonali, was a tall, dusky, doe-eyed beauty, mother of two young children. Rossellini was smitten by her. Over the objections of the husband, he took her on lo­cation all over the country. The director liked to improvise and write the scripts while he shot a film. He made Sonali part of his writing team, an excuse to take her with him.

Soon enough it was obvious to everyone that the two were having an affair despite an age gap of 25 years between them, he was 53 and she was 28. Rossellini was already mar­ried to the Hollywood star Ingrid Bergman, one of the most beautiful women in the world. They had a child together, conceived while she was married to someone else.

The affair with Sonali created a huge scandal. Her fami­ly was quite influential—Bimal Roy was her maternal un­cle—and complaints were made to Nehru. He was upset but did not feel it was the Government’s business to interfere in something personal. The relationship made headlines. The comments that were made about them in RK Karanjia’s Blitz and Baburao Patel’s Filmindia were particularly vicious.

When shooting was completed, Rossellini took Sonali with him to Rome together with her younger son, a baby. The older child was left in the care of the father, a broken man. Rossellini divorced Ingrid soon afterwards, but continued having affairs.

Rossellini never married Sonali but they had a daughter together. After 17 years, he got tired of her and left for another woman. The baby she took with her from India, Arjun Dasgupta, changed his name in later years to Gil Rossellini to improve his career prospects. It did not help. I met him at a reception in Cannes in 2000. Sonali died in Rome in June 2014 at the age of 86.

In addition to 10 short films, Rossellini made India: Matri Bhumi, 90 minutes long, that had its premiere at Cannes Film Festival in May, 1959. It was part documentary and part fiction and covered the country’s culture, society and architecture. It received mixed reviews. I saw it a few years back when the film was restored and revived at an international film festival in New Delhi. It was not a good film by any standard.

THE FRENCHMAN, Louis Malle, behaved decently while he was here. He was part of the French New Wave in cinema that emerged in the late 1950s. These filmmakers rejected the traditional conventions of film­making in favour of engagement with the social and political upheavals of the time. The group included François Truffaut, Jean-Luc Godard, Éric Rohmer and Jacques Rivette. In 1978, Malle moved to Hollywood where he was equally successful.


Jean Renoir, who had recently made the River (1951) on the banks of the Hooghly in Calcutta, had recommended to Rossellini that he meet Harisadhan Dasgupta while he was in India. He had been his assistant during the making of the film. When Dasgupta came to meet Rossellini at his hotel, he made the mistake of bringing his wife along

Malle filmed all over India, quietly and without fuss, between January and May 1969. He had nothing in particular in mind; he shot what interested him. He was a better filmmaker than Rossellini. He shot 30 hours of footage that was edited down to six hours.

The final result was Phantom India (1969), a seven-part miniseries meant for television while the two-hour film, Calcutta (1969), was for theatres. Unlike Rossellini’s film, these were shown worldwide. Malle regarded them as his most personal works, the ones of which he was most proud. They were recognised as the crowning achievement of his long and illustrious career.

The miniseries, that were televised worldwide, included a look at the tribes in the Nilgiris, our caste system as well as interviews with industrialists and politicians. We see a sense of discovery in these films as well as outrage and joy. What has remained etched in my mind over the years are scenes of reed thin, shirtless labourers sweating it out extracting salt from sea water in Maharashtra. The high-rises of the affluent of Bombay are seen behind them at a distance.

The series provided an accurate picture of a complicated India. As one reviewer put it, they were a reminder that in India there were always two ways of looking at things and were “well worth seeing if you’ve any interest in India at all.” This was not an opinion shared by the Indian Government. It accused Malle of focusing on the impoverished part of the country and not on its development.

When the BBC began televising the series on a weekly basis, Prime Minister Indira Gandhi asked it to be stopped. The BBC refused and, in a huff, she expelled everyone in the BBC’s New Delhi bureau. Later, the Government relented and allowed them to return.

At that time the BBC’s radio broadcasts, especially the news, played an important role in the lives of many Indians. It was compulsory listening for reliable information on what was happening in the country. The All India Radio was of no help in that regard. Among those who had been expelled was Mark Tully who, ironically, was honoured some years later with a Padma Bhushan by another Congress Government!

A Passage to India

From India with a Dream