A New Poetics of Protest

The aesthetics of Indian politics XIV 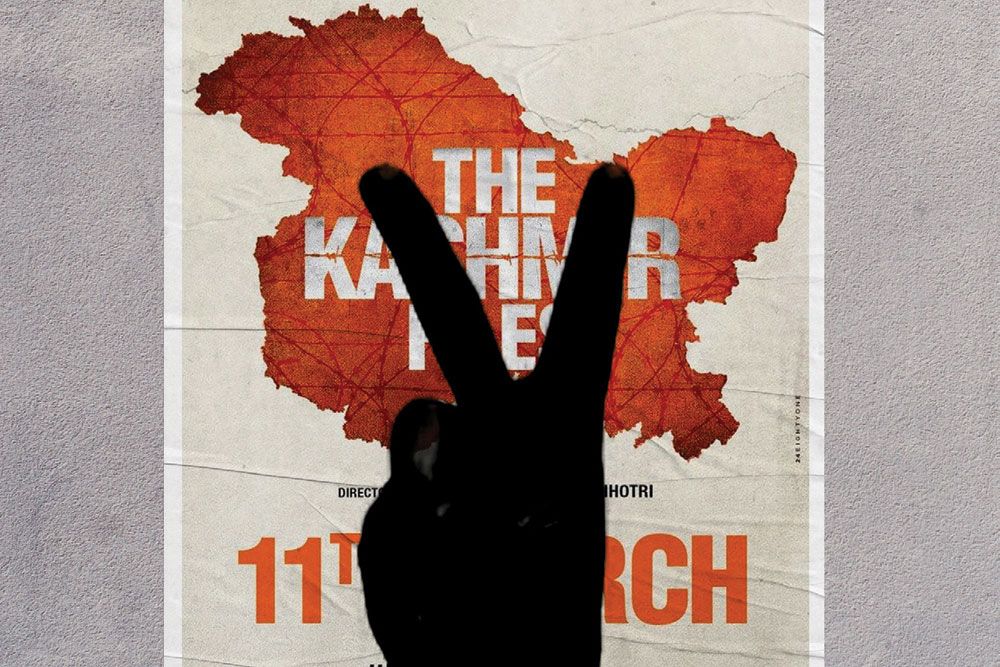 
“To set aside or to ignore rather than to reinvigorate India’s past is to deny it any distinctive entry into the future.”

PROFESSOR BALACHANDRA RAJAN’S quip relates to the long and still gloomy shadow of European imperialism over Indian society and culture. But are we in the midst of a new postcolonial moment, one in which Hindu narratives are breaking free of the shackles of not just Western colonial tropes, but also those of the left-liberal Indian secularist ones? Uncovering the nexus between knowledge and power makes it incumbent upon us to ask how was India lost—or won— depending on our viewpoint, before British colonialism.

But the moment we undertake such an exercise, we realise that stories of Hindu genocide, enslavement, displacement, and trauma did not have space in our national narratives. The reasons were not far to seek. The Gandhi-Nehru idea of India would pay any price, however heavy, for Hindu-Muslim unity. Now we know all too well that the other side, barring a few exceptions, wasn’t equally, in fact, hardly at all, interested in such unity.

As Ishtiaq Ahmed has shown in his 750-page tome, Jinnah: His Successes, Failures and Role in History, well before the 1940s, the founder of Pakistan never cared for a united India, let alone Hindu-Muslim unity. He was convinced that the Hindus and Muslims were separate nations. He wanted as large a Pakistan—and as weak and moth-eaten an India—as possible. He strove with all the skill, intelligence and unscrupulousness at his command to achieve this end.

Even earlier, stalwarts like VD Savarkar and Bhim Rao Ambedkar had given up on prospects of a united India after the Khilafat agitation, which saw hundreds of Hindus in Kerala killed, raped, and displaced by fanatic Muslim Moplahs. The latter, who believed that they were carrying out a jihad against the British Empire, targeted innocent Hindus instead. This was the sickening foretaste of internecine bloodletting that marked the Partition and the Independence of India like never-healing stigmata.

Within a span of 25 years, the horrors of the Pakistani atrocities on their own people in Bangladesh’s war of independence shocked the world. In the pogroms carried out by the Pakistani army, the Hindus were especially targeted. No wonder, many Hindu refugees never returned to Bangladesh. On the other side, in Pakistan, the last phase of the ethnic cleansing of Hindus was underway, with the daily abduction, forcible marriage, and rape of Hindu girls. To imagine that these demographic changes are accidental would be naïve. They follow a time-tested template carried out in many other parts of the world, including Europe, Africa, Central Asia, and the Middle East.

In India, the killing, rapes, and forcible eviction of lakhs of Kashmiri Pandits in the 1990s has been a matter of national shame for decades. The last remnants of the ancient forbears of the Sarasvati-Indus civilisation in their ancestral land, Kashmir, these citizens of India who were unarmed and harmless, received no protection from the state or political authorities. Their fundamental rights were not only violated but they lost their homes and their homeland. Their only fault? That they were Hindus in a Kashmir that was to be fully Islamised? Unlike the 1984 massacre of Sikhs in Delhi, the wrongs committed against the Kashmiri Pandits have never been properly acknowledged.

Going back into what is called medieval Indian history, the stories of the invasion, conquest, vandalism, loot and conversion of the Hindus by the Islamic invaders have been repeatedly documented by the Muslim historians themselves. But these stories could not be retold in our world, let alone in India. There was a blanket ban on them. Instead, canards of Ganga-Jamuni Tehzeeb, Punjabiat, and Kashmiriat were floated to whitewash and airbrush ancestral trauma. It is not that cultures do not comingle or combine. They do. But the circumstances in which this happens—whether traumatic or celebratory—need to be properly documented.

That is why what India needs is not an arrogant or ignorant “ideologisation of the aesthetic” but a new poetics and aesthetics of truth-telling and protest. It is not that history is simple or one-sided, with easily identifiable religious heroes and villains. Yet, the theologically sanctioned plunder, destruction, conquest, and conversion of large parts of a civilisational nation cannot simply be wished away.


The Kashmir Files can be far bigger for India than even the Black lives movement is for the us. The film has created a watershed moment for India from the political, narrative, and aesthetic points of view

That is why The Kashmir Files is an epochal movie. We might explain one aspect of its success rather crassly. It is not enough to tell the truth; it is also imperative to sell it. If there is one overriding lesson that we can draw from the stupendous success of The Kashmir Files, it is that truth-telling must go hand-in-hand with truth-selling. In this case, the fact that truth sells and that there are takers for it is the positive outcome of what would otherwise be a story of slaughter, loss, displacement, and despair. What makes Vivek Agnihotri great is that he has found a way both to tell—and sell—the truth as he has recorded and interpreted it.

When it comes to Bollywood, nothing succeeds like success. In the end, it is money that matters. Nothing else. However anti-Pharisee or philistine-like this might sound, this is Bollywood’s ruling mantra. This is also more or less true for the entertainment industry across the world. The figures don’t lie. You can’t cheat massage or cheat the cash counters. From this point of view alone, The Kashmir Files is a resounding success.

Starting with a modest opening with over 630 screens across India on March 11, the film reached its peak showing 4,000 screens in a very short time. On day 19, as this column goes to press, its box-office collections have crossed ₹ 230 crore. No matter how badly its critics may slam and sledge the movie, these figures will be etched in gold. All attempts to gag Agnihotri or cancel The Kashmir Files have not only failed, but no matter who says what about this film, the film has created both cinematic and political history.

In the process, Agnihotri has unleashed an affective tsunami in India and the world. In my previous columns on the film, I hailed it as “A story India and the world need to see”. In a follow-up, I argued that it inaugurated a new cinematic idiom of protest. It is important to acknowledge the role of the Kashmiri Pandit community, especially the diaspora, in the movie’s incubation. They not only carried and narrated their stories but also strove for recognition and justice in a world that all but turned its back on their trauma. The movie is a tribute to their values and way of life which has guided them for thousands of years. Now a bill is about to be tabled in the Rajya Sabha for their rehabilitation and restoration.

It was more than fortuitous that this series on “aesthetics and politics,” which uncovered many diverse rasas or affective sentiments in our political narratives, should find such an apt exemplar in this box-office blockbuster. With its toggling of stark, documentary-style realism with a highly suggestive and symbolic narrative technique, the film breaks new artistic and aesthetic ground. In all the polemics and politics surrounding its release and success, that is one aspect of the movie that risks being side-lined or overlooked. It is high time that the film and the issues it raises are debated seriously in India rather than pushed under the rug.

Indeed, some would say that The Kashmir Files can be far bigger for India than even the Black Lives Movement is for the US. The film has created a watershed moment for India from the political, narrative, and aesthetic points of view. What went into its making, what forces did it unleash, and where will it take us as a people and a country deserves deeper analysis than what the usual talking heads and commentators can provide. There can be several different aspects that one can explore on this—how rasa power has been unlocked to create what Rakesh Kaul called “a Pratyabhijina moment” for Indians.

It is in that sense, I would argue that the film’s writer-director, Vivek Agnihotri, has not only challenged the status quo but altered the very state of the art. With The Kashmir Files, Hindu soft power has come of age. I would venture to say that as far as this movie—and others that may come in its wake—is concerned, the effectiveness of the politics will depend on the artistry of the poetics.