The Genealogy of Taste

What the food habits of childhood can do to our life 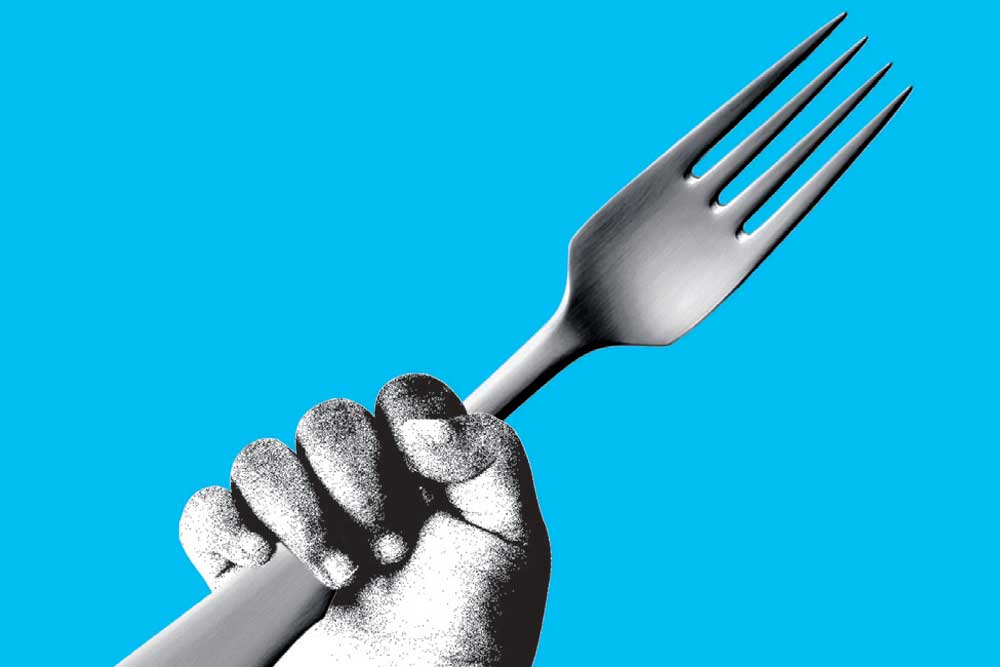 WE PRIDE ourselves on having an evolved and a sophisticated palate, but scratch the surface, and we will find that the foods we consider our favourites are in fact those we have preferred from our infancy and childhood. I love a glass of ice cold milk. But I cannot drink hot milk with sugar. Turns out that when I was a toddler, my mother decided there was no need to put sugar in my milk. Why? Because she did not like milk that way, and also thought that too much sugar was not good for me. Is it not a scary thought that our adult food preferences are so deeply connected to our toddler-stage foods, and to how our parents decided to serve us a dish or a drink.

What creates our preferences for certain foods and our abhorrence of other dishes at such a young age? Can’t be only the genes. My friend’s 8-year-old son only eats macaroni and cheese for every meal and no amount of pleading or threats can get him to budge. He hates vegetables. His two older brothers are not fussy at all, and eat a range of vegetables and meats.

Turns out, it is genes and environment that create a particular menu of preferences in a child. Leann Birch and her colleagues highlight how genetic predispositions interact with aspects of the eating environment in infancy and childhood to produce a particular set of preferences with regard to food. They say that whether genetic predispositions manifest in food preferences that foster healthy diets depends on the eating environment, including the availability of food and the child- feeding practices of the adults. Birch dismisses the traditional notion that food preferences are unlearned, innate reflections of the body’s need for nutrients.

In How We Learn to Eat, Bee Wilson explores the relationship between genes, family environment and the infant/child and later adult’s preferences for some foods and dislike of other foods.

There are three basic ways to thinking about children’s food, she says. The first, ‘family food’, is that past the milk-drinking stage of babyhood, children’s food is no different from any other food; everyone in the house, adults or children, grabs what they can get from the common pot. This teaches the child to eat fast and seize his or her chances when the food is available. It used to be the traditional way in large families, particularly of the non-nuclear family variety. The point is that we, in the modern age, have become fixated on treating children’s food as a separate category when traditionally, it was never an issue. Bone analysis of some Medici children buried in the Basilica di San Lorenzo in Florence has confirmed that they were milk-fed for nearly two years, and then ate what the adults ate. In fact, then, like in the animal world, the mightiest, the adults, were given the choice bits, while the weakest, the toddlers and children, received the scraps.

The second, ‘nursery food’ says that children’s food should be separate from adult food but that grown-ups should select wholesome food and basically force the child to swallow what they don’t like in the name of good behaviour. The third, ‘kid food’ caters to the child’s whimsy—choose what you want to eat and eat as much as you want. This view hews to the ‘wisdom of the body’ thesis, made famous by Dr Benjamin Spock, that one could trust an unspoiled child’s appetite to choose a wholesome diet. Well, the wisdom of the body theory is flawed. In 1907, when Dr Ralph Crowley examined the physical condition of children in Bradford schools, he found them suffering from protein starvation. When children are trusted with money to buy a midday meal, they sought out cheap carbohydrates such as fried snacks. Well, things may not have changed very much in our century. In fact, it may have gotten worse because there is a glut in the market of high carbohydrate and fried snacks.

So what is the solution? The best children’s food is the result of adults controlling the nutrition, but the child controlling what he or she puts in their mouths, says Bee Wilson. Children should be encouraged to explore the tastes they like but within a world of nutritious foods.

While there may be genetic aspects to the way our preferences are formed, these are not as important as the environment influences such as what we are given to eat, at what age, and how much we are exposed to new foods

There has been extensive research on the formation of food habits in childhood. Birch highlights the results of several studies on neophobia (irrational fear of anything new or unfamiliar) which affects at least 20 per cent of toddlers:

-Humans are omnivorous and we are also mammals. Early experience and learning can reduce neophobia. The good news is that the reduction of neophobia in infants happens dramatically— the second time the infant is given a new vegetable, he/ she will be less suspicious of it. An infant who has experience with one vegetable will be more likely to try other vegetables (but not fruits which belong to a different species).

-Age two is the most insular age when children are suspicious of new things. About 20 per cent of two year olds are picky eaters. When two year olds were given varying opportunities to taste new fruits and cheeses, their preferences increased with the frequency of exposure to these tastes.

-Toddlers (2-5 year olds) need 5-10 experiences with a new food to produce a preference for that food. The explanation for this is that as children become more mobile and their ability to forage for food increases, neophobia can serve a protective function.

-Mothers who are neophobic will have more neophobic kids because they have structured the environment in a way that new foods have not been introduced to the child.

-Neophobia decreases from childhood through adulthood (being minimal at infancy), increases through early childhood, and declines thereafter to adulthood.

-Children prefer flavours associated with high energy; this could lead to overweight and obesity in our current food environment where such foods high in fat and carbohydrates are readily available.

Given these findings, the question faced by most parents is how to reduce neophobia in early childhood and create a preference for nutritious food. Make eating a social event for infants and children, say some behavioural psychologists. Do not give a child a reward for simply eating (eg: eat your vegetables and you can have an ice-cream). Offer food as reward for approved behaviour because then the child will associate these foods with higher value and will develop a preference for those foods or lentils. But what to do with those spurned veggies or fruits? How do you make the child eat them?

Turns out, there is a way—The Tiny Tastes System developed by Cooke. The parent and the child choose a vegetable or something healthy that the child moderately dislikes. For 10-14 days, you offer the child a pea sized amount. If the child eats it or even licks it, a tick mark and a sticker are the rewards. If not, never fear, tomorrow is another day. By the end of two weeks, the child may not dislike the vegetable so much. Cooke’s logic is that the child likes to be rewarded for doing something he or she dislikes, and has worked for. While the under-27 month toddler is indifferent to social influence, for those between the ages of 27 months and five years, peer pressure does work. So if you have a picky eater, get him or her to eat with other (preferably older) non-neophobes.

While there may be genetic aspects to the way our preferences are formed, these are not as important as the environmental influences such as what we are given to eat, at what age, and how much we are exposed to new foods, and what the system of penalties and rewards are for a particular kind of behaviour. Some traditions are worth following. An interesting tradition among Hindus is annaprasanam , the offering of solid food—sweetened rice, dal and ghee—to six-month-old babies. Variations on this are followed by other regions. A feast with a variety of rice, fish and other items is laid out on a banana leaf in front of the baby. Among Malayalees, the father is expected to dip a gold ring in each dish and touch the ring to the baby’s tongue. The mother and other elders follow with the same ritual. The baby then is exposed to a range of tastes at that age. It would be interesting to compare babies that have undergone this tradition with those who have not, and see if the former are less likely to become neophobes or picky eaters. Preferences are primarily learned, so expose your infants to feasts at a very young age.