Anthony Bourdain’s spirit of adventure reminds us that this life, in spite of everything, can be fun 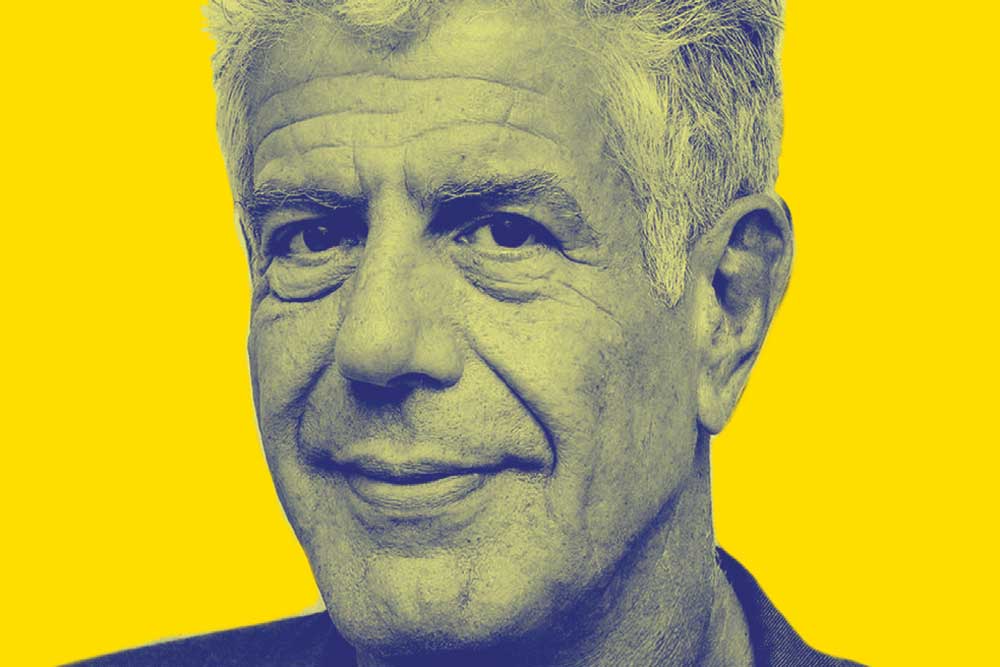 ANTHONY Bourdain’s Kitchen Confidential (1994) kick-started my obsession with food memoirs. This was the late 90s. I was a student in New York City, and subscribed to The New Yorker, which carried a piece entitled Don’t Eat Before Reading This. Bourdain’s shocking stories about the underbelly of New York restaurants was a compelling read—more so because I had just finished George Orwell’s Down and Out in Paris and London, where the Etonian was in dire straits in Paris after a thief made off with his money. Orwell describes his long hours as a plongeur, a dishwasher, the lowest of the low in the Parisian restaurants, and his life in the tenements, with hunger banging away on his door.

Not that Bourdain is an Orwell. The two wrote in different ages: Orwell at a time of deprivation caused by The Great Depression and the World Wars, while Bourdain lived merrily in an age of excess. Yet, there are several similarities between the two books. Both are scathing exposés of the restaurant world’s underbelly, and both tell it without sentimentality. While Orwell’s reportage of his experiment with downward mobility retains a poignancy, Bourdain’s, on the other hand, is a rambunctious tale of ‘a subculture whose centuries old militaristic hierarchy and ethos of rum, buggery and the lash make for a mix of unwavering order and nerve- shattering chaos’.

Yet, both books have something that connects them not just with their respective eras, but also appeals to future generations within their own countries and to a global audience. That something is the spirit of adventure. Orwell became a tramp in London, and looking back on his down-and-out days with irony and some nostalgia, he remarked: “And down there in the squalid and, as a matter of fact, horribly boring sub-world of the tramp, I had a feeling of release, of adventure, which seems absurd when I look back, but which was sufficiently vivid at the time.” For Bourdain, good food and good eating is all about risk, an adventure.

Another source of appeal is the honesty and self-reflection with which Orwell and Bourdain approached their subjects. Take Bourdain. After him, many other chefs have exposed the sex, drugs and rock-and-roll attitude of their profession, the male chauvinism bordering on misogyny, the transgressions with the preparing and serving of food to customers, especially to the high rollers, and so on. But Bourdain’s stories, though highly irreverent, are grounded by his passion for food. He wanted the reader to get a glimpse of the true joys of making really good food at a professional level, and a sense that this life, in spite of everything, can be fun.

Well, you may want all that, but how do you translate these glimpses into the written word. Here is where honesty comes into play. In Kitchen Confidential, Bourdain tells us that his food adventures began from spite. As a kid, he and his brother were taken to France, the ancestral land of their father, and after days of whining about the food, mainly about what France did not have, they were left in the car while the parents went off to eat at La Pyramide, the Mecca for foodies.

‘Spite, always a great motivating force in my life, caused me to become suddenly adventurous where food was concerned. I decided then and there to outdo my foodie parents…Brains? Stinky, runny cheeses that smelled like dead man’s feet? Horsemeat? Sweetbreads? Bring it on!! …I ate everything.’

The ability to create a balance in his narrative, while being irreverent about it, is why Bourdain rose way above the others who would follow in his wake, Kitchen Confidential having spawned an industry to ‘tell all’ tales

He tried ‘fritures tiny whole fish, fried and eaten with persillade—loving that I was eating heads, eyes, bones and all’. Isn’t this the stuff of raw honesty? I find myself figuratively munching the bones and all while reading this. And finally, the first oyster. The fear, the bravado, the public spectacle of being handed a glistening, vaguely sexual-looking object, still dripping and nearly alive, and then, with one bite and a slurp, wolfing it down. ‘It tasted of seawater… of brine and flesh… and somehow… of the future. Everything was different now. Everything. I’d not only survived, I’d enjoyed.’

These words evoke the essence of thrill-seeking by a hungry sensualist in the food world, an emotion that etched the rest of Bourdain’s life. Like Orwell, Bourdain too began in the restaurant world as a plongeur, well, dishwasher at a place named Dreadnaught in Provincetown, Cape Cod. What connects us to his story is the struggle—not a dreary endless one, but a struggle to cook, steam, broil, scar your hands with raw steam, blister your skin by grabbing a sauté pan, and to finally serve the customer with a perfectly prepared dish. And doing this every time.

Line cooking, the subject of Bourdain’s first book, is about consistency, about mindless repetition, about cooking a risotto until it is done the way the chef showed him. Definitely not about innovation. As readers, we connect in two ways: most of us are in jobs that require repetition, not innovation; and most of us return to restaurants to eat a dish that we enjoyed and expect it to taste exactly the same. When that doesn’t happen, we get annoyed, and in Bourdain’s case, he rants.

Another connection is to the types of cooks who throng that marketplace. Artists (self-explanatory), exiles (unemployable in any other job) and mercenaries (also self-explanatory). We immediately transpose these prototypes to our workplaces and recognise others and ourselves in them. I, for instance, am an exile. You may be an artist.

And then there are the valuable tips. Don’t order fish on Mondays in NYC (why? because it will be four days old) and especially not the Monday Special; definitely do not send back the soup (they will spit in it), and never ever order steak well done because you will definitely get the scrapings from the bottom of the barrel. Why seafood frittata is not a wise brunch selection is because you will be getting the scraps from the previous night’s menu. Oh, and stay away from mussels unless you know the chef; ‘mussels usually wallow in their own foul smelling piss in the bottom of a reach-in.’ How can you not connect with Bourdain when he issues these tips? Though, I must confess, that the advice to avoid brunch because it is punishment block for B-team cooks is truly disturbing since it is one of my favourite ‘eating out’ meals.

This blend of gut-piercing honesty, ribaldry and insouciance is truly a mesmerising read. The colloquial lingo, the irreverence about the entire industry, including superstar TV chefs like Emeril Lagasse, and the bawdy politically incorrect humour reinforces the reader’s belief in Bourdain’s honesty, and in his reverence for food. It is because Bourdain is passionate about the way food is made that he slags off the superstar chefs for knowingly ‘doing bad things to food’ or disrespecting it. In Medium Raw, he says he really dislikes the idea that someone (namely Guy Fieri) would put Texas-style barbecue inside a nori roll. Rachel Ray gets it in the neck for advocating using pre-chopped onions.

Let’s not forget the humour. In the same book, Bourdain talks about one of the contestants who drew the souffle in an episode in Top Chef in which he was the guest judge. ‘Looking down with no small amount of sadness at what he’d put in front of me, I could only compare it to the work of a first time serial killer, hurriedly and inadequately trying to dispose of his victim under twigs and bushes—inevitably to be discovered by the first passing dog-walker.’ Or this rant about an unending tasting menu meal at Alinea: ‘…a plate atop a slowly deflating whoopee cushion, intended to gradually fart rosemary fumes or some such.’

How can you not laugh out loud at these images? And then comes his honesty. ‘I have become, over time, the sort of person who secretly dreads long, elaborate tasting menus.’ Then tells us that his wife (he uses an expletive) hopped on a plane to Chicago to go taste the meal at Alinea and came back calling it the best meal of her life or something like that. The ability to create this sort of balance in his narrative, while being irreverent about it, is why Bourdain rose way above the others who would follow in his wake, Kitchen Confidential having spawned an industry of ‘tell all’ tales. He hit the right notes—not sanctimonious, not righteous—and his arrogance had a self-critical undertone that disarmed the reader.

Bourdain’s standards were high. A chef, for him, is someone who possesses a combination of creativity, technical and leadership skills, flexibility, maturity, grace under pressure, sense of humour, and sheer strength and endurance. In other words, only a super-chef would do for him.

In his later books, he is the modern day Peter Fleming or a Robert Byron in a food world, an adventurer with a camera team (the porters?) who explored all corners of the globe in search of a perfect bite.

We will miss you, Anthony Bourdain.