A Gutsy Move in J&K 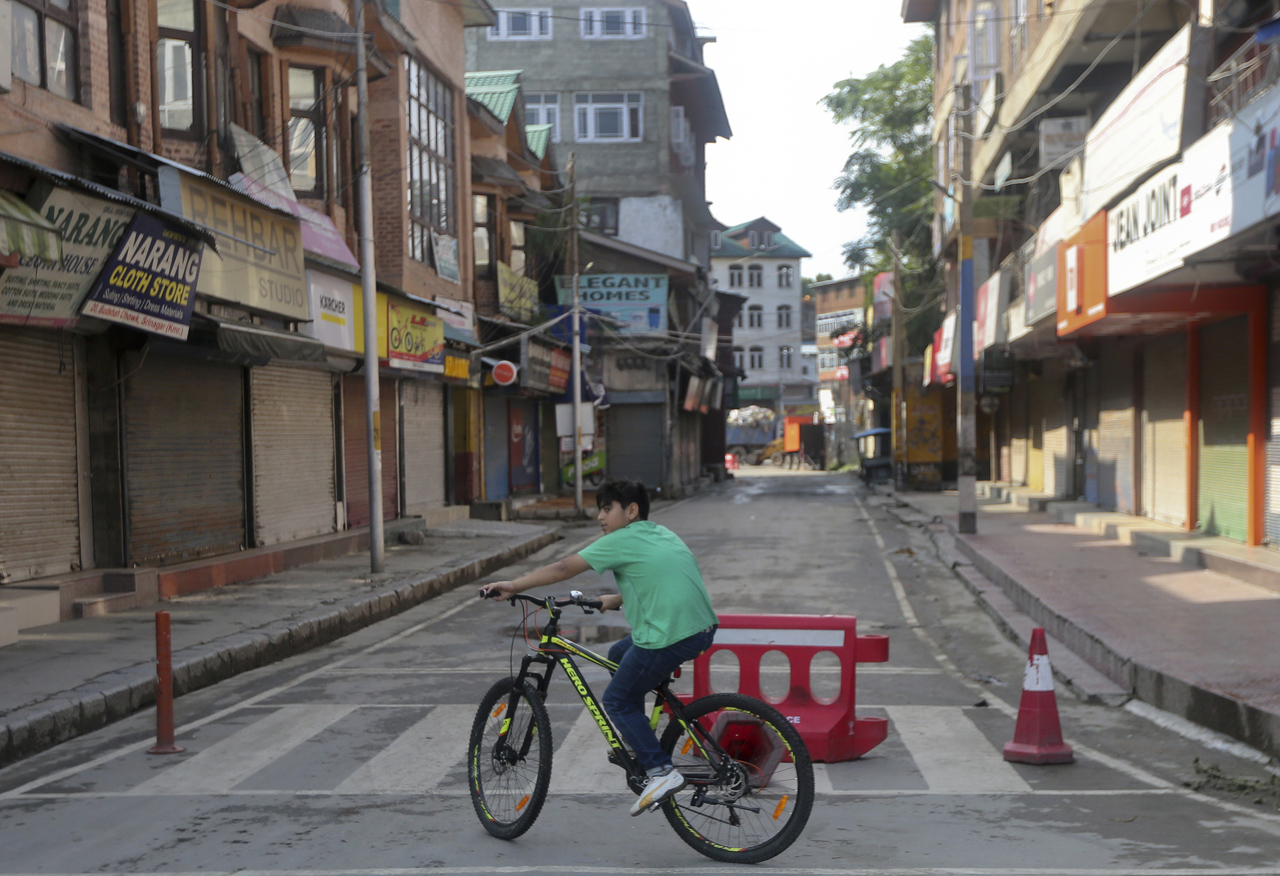 A boy riding his cycle during curfew in Srinagar


AFTER NARENDRA MODI and Amit Shah’s most recent surgical strike that broke the seven-decade-old status quo on Jammu and Kashmir, there have been bouquets and brickbats hurled at the Government. This was only to be expected given the political audacity of the enterprise. Also to be expected was the wave of indignation triggered by the full incorporation of J&K into India’s constitutional order. This had less to do with any perceived shortcomings of the Constitution—those who protested the most were earlier the foremost champions of a European Union-style ‘constitutional patriotism’ that undermined traditional nationalism. It had everything to do with the initiative having come from the BJP, which had taken over from its predecessor the campaign against Article 370 that began in the 1950s. If a Congress-led Government had done what Modi and Shah did earlier this month, the reactions from the usual suspects may have been markedly different.

In any event, the opposition has drawn flak from left-liberals for its failure—at least in the Rajya Sabha where the BJP does not have a majority—to block the move. The Bill for the reorganisation of J&K was passed by a two-thirds majority in the Upper House, demonstrating the complete disarray in the opposition ranks. The ease with which the Government passed the Bill and approved the abrogation of Articles 370 and 35A owed to both support from some sections of the opposition and strategic walkouts by others. The opposition protested
vigorously about procedural lapses and questioned the Government’s hurry, but it was relatively silent on the substantive questions centred on sections of the Constitution.

Now, confronted by ‘activists’—a strange category that is overused but defies any definition—the opposition claims it was caught by surprise. This is the feeblest excuse on offer. For nearly a week before the Kashmir operation everyone had some idea that something big was about to happen in the state. It was no secret that nearly 50,000 paramilitary forces had been despatched, apparently in response to a heightened threat perception. In both the mainstream media and social media, the unending speculation was over both Article 370 and the division of the state. More to the point, there was a full mobilisation of BJP MPs on the previous weekend for an Abhyas Varg where attendance was obligatory and they had to sign in on two separate occasions. On top of that, a three-line whip was issued for the final three days of the extended session.

Anyone with half an eye on happenings in Lutyens’ Delhi could see the Government was planning something really big. Yet, the opposition took its eye off the ball, even failing in the very elementary business of issuing a three-line whip to ensure full attendance. Traditionally, Monday in Parliament is marked by patchy attendance since MPs take time to return from their constituencies and home states. Therefore, if the BJP members were already present in full strength on a Monday morning at 11, it meant the Government was ready for whatever it had planned. People can be excused for not knowing exactly what initiative was being taken but it was an open secret that there was full political mobilisation on the Government side.

Yet, why was there surprise? Why did the Trinamool Congress, for example, not issue a whip that would have averted the abstention of at least five of its Rajya Sabha MPs. The answer, it seems to me, lies in an elementary truth: none of the opposition parties actually believed the Modi Government had the guts to turn the world of J&K upside down. In hindsight, this calculation was absurd. Both Articles 370 and 35A featured in the 2019 BJP manifesto, as was the Triple Talaq legislation passed a fortnight ago. And despite difficulties, the BJP had passed the Triple Talaq abolition Bill in the Rajya Sabha. Therefore, to believe the Government would only tinker with the political arrangements was self-serving.

The opposition chose to believe what was convenient because it was too obsessed with its own shortcomings and yet to get over its dismal performance in General Election 2019. Then, when confronted with the reality of Modi and Shah’s determination, it faced an additional problem. The public response in India’s heartland was absolutely ecstatic. Cutting across party lines people celebrated and stood in awe of the Prime Minister’s determination to achieve the impossible. The result was complete demoralisation and a corresponding unwillingness to defy public opinion.

That is why they have left it to the Kashmir Valley, Pakistan and freelance liberals to pull Modi down. In the face of meticulous planning and show of political will, the opposition has lost its nerve.