How it strengthened a spurned daughter’s resolve 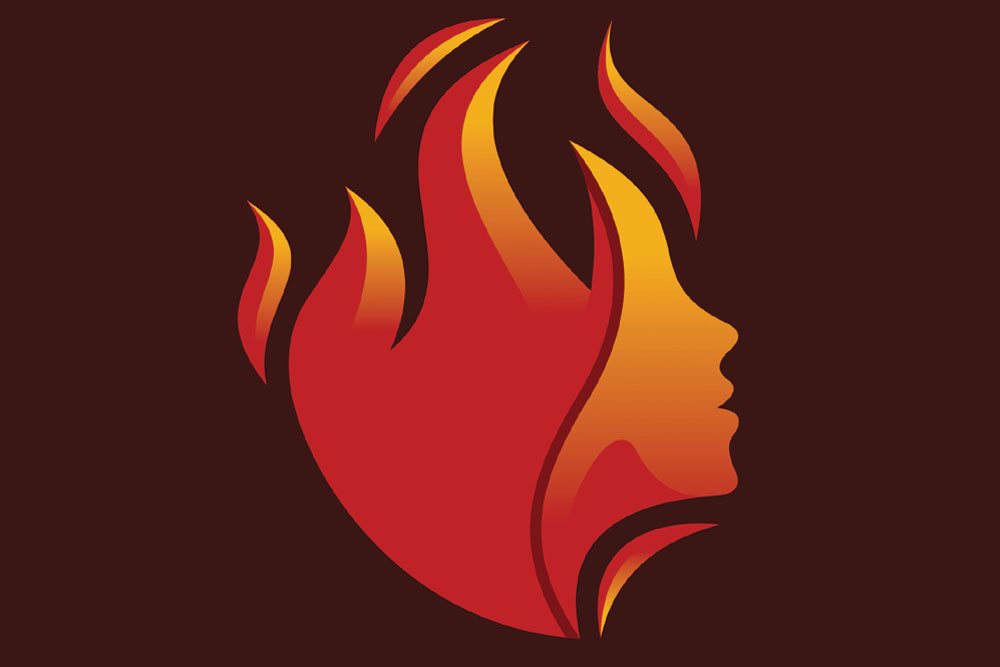 
IN THE LAST COLUMN, I mentioned Daksha’s sacrifice. The story is narrated in many Puranas. I will narrate the version from Shiva Purana, a Mahapurana, since it has an interesting twist. There is a section in Shiva Purana called ‘Sati Khanda’, the section about Sati. According to Shiva Purana, Daksha prayed to Devi and Sati became his daughter.

Before Shiva married Sati, he told Brahma and Vishnu that he had a pledge. If his wife ever distrusted him, he would desert her. (This is the twist I mentioned.) With this pledge, Shiva married Sati. On one occasion, Shiva and Sati saw Rama wandering around in the forest, along with Lakshmana, searching for Sita, who had been abducted by Ravana. Seeing them, Sati asked Shiva, “Who is this person?” When Shiva said this was Rama, Vishnu’s avatar, Sati refused to believe him. She put Rama through a test and Rama passed. But since Sati had distrusted her husband’s words, the separation from Shiva was inevitable. Daksha did not like his son-in-law, Shiva. According to the father-in-law, Shiva didn’t possess any of the desirable attributes a son-in-law should have. Nor was he sufficiently deferential towards his father-in-law. For example, Shiva did not bow down before Daksha. Hence, when Daksha performed a yajna, he didn’t invite Shiva. All the other devas were invited and Sati’s sisters also turned up. At that time, Sati was on Mount Gandhamadana and she saw everyone travelling through the sky, going to Daksha’s sacrifice. Despite Shiva seeking to restrain her, Sati decided to go to Daksha’s sacrifice, though Shiva and Sati had not been invited. When does one need an invitation to go to a father’s house? Once she reached, Daksha abused her and her husband. This was impossible for Sati to tolerate. She immersed herself in yoga and gave up her life. The fire that emerged from within her body burnt her down. Hearing that Sati had died, Shiva was enraged. From a strand of his matted hair, he created Virabhadra and Mahakali. These two destroyed Daksha’s sacrifice. Most people know this story.

Most people also know the story about the Shakti Peethas. Peetha means seat or pedestal and a Shakti Peetha is a spot that is sacred to Devi or Shakti. The Shakti Peetha story is connected to Sati’s death at the time of Daksha’s sacrifice. Kalika Purana is an Upapurana. The story of Sati’s death is recounted there too. In this version, when Sati died, the dead body was not reduced to ashes. It still lay there. Grief-stricken, Shiva carried it around on his shoulders. He rushed around here and there. Brahma and the other gods were devastated. What would happen? Since Sati’s dead body was on Shiva’s shoulders, there was no question of it rotting. Nor would it fall off. Brahma, Vishnu and Shanaishcara (Shani or Saturn) used their powers of yoga and entered the dead body. Once they had entered it, they cut Sati’s dead body into many parts and scattered them around the earth. Note that, according to Kalika Purana, this wasn’t done by Vishnu alone. Because of his love for Sati, in the form of a lingam, Shiva remained at the spots where parts of Sati’s body fell. Which were these places? Kalika Purana mentions four. One should remember that each Mahapurana or Upapurana was composed in a certain part of the country and, therefore, favours that part of the country over others. Kalika Purana favours the eastern parts, such as the Kamarupa-Kamakhya region, especially associated with Devi worship. These are the relevant three shlokas from Kalika Purana. I should caution you a bit. These texts have different manuscripts and versions. In other words, for the same text, there may be more than one version and they need not agree. I have quoted from my text of Kalika Purana and a different text of Kalika Purana may have a different version of the shloka.

First, the two feet fell down on the earth in Devikuta. Thereafter, for the welfare of the worlds, the two thighs fell down in Uddiyana. The part around the vagina fell down on the earth in Kamarupa, on the mountain Kamagiri. The region around the navel also fell down there. The two breasts, adorned with a golden necklace, fell in Jalandhara. Beyond the region of Kamarupa, the shoulders and neck fell down in Purnagiri. Where are these geographical places? This question will be overtaken by a more comprehensive listing that we will come to later. For the moment, it is sufficient to note that there is a tradition of four Peethas, known as Vidya-Peetha, Mantra-Peetha, Mudra-Peetha and Mandala-Peetha. Vidya-Peetha, as the name suggests, is a peetha associated with knowledge and learning. In particular, these were places where agama texts were studied. Agamas are texts other than the Vedas, such as the tantra texts. Vidya-Peetha has been identified with Kamarupa, that is, Kamakhya. Kamakhya is, of course, in the Nilachala Hills in Guwahati. Mantra-Peetha is a peetha associated with mantras and is identified with Purnagiri. Purnagiri has been identified as the Devi temple in Tanakpur in Uttarakhand. A mudra is a symbolic and mystical positioning of the fingers and the thumb. A place where Devi is particularly worshipped with the use of mudras is known as Mudra-Peetha and Mudra-Peetha is identified with Uddiyana. It is impossible to precisely identify Uddiyana, also known as Oddiyana. It might be in Odisha, or it might be in what is now Pakistan. That leaves Mandala-Peetha, a place where Devi is specially worshipped through the use of mandalas. A mandala is a mystical diagram and Mandala-Peetha is identified with Jalandhara. But as I said, there are many more Shakti Peethas.


Despite Shiva seeking to restrain her, Sati decided to go to Daksha’s sacrifice, though Shiva and Sati had not been invited. When does one need an invitation to go to a father’s house? Once she reached, Daksha abused her and her husband

I have spoken about Mahapuranas. I have also said there are 18 of these. The names are mentioned in many texts, though the names sometimes vary. A standard list of the 18 will be (1) Agni; (2) Bhagavata; (3) Brahma; (4) Brahmanda; (5) Brahmavaivarta; (6) Garuda; (7) Kurma; (8) Linga; (9) Markandeya; (10) Matsya; (11) Narada; (12) Padma; (13) Shiva; (14) Skanda; (15) Vamana; (16) Varaha; (17) Vayu; and (18) Vishnu. Markandeya Purana is, of course, in the list. But what does Bhagavata Purana mean? There is no qualifying adjective attached to the name. Devotees of Vishnu will argue Bhagavata Purana means the Purana that expounds the Vaishnava dharma and has stories about Vishnu, also known simply as Bhagavatam. However, there are Devi’s devotees, too, and they say Bhagavata Purana means Devi Bhagavata Purana. Indeed, if one wishes to understand Devi and the worship of Devi, in addition to Markandeya Purana and Kalika Purana, one must read Devi Bhagavata Purana. Devi Bhagavata Purana is divided into sections, known as skandhas. Depending on the version of the text you are reading, the 30th chapter of the seventh skandha is on Sati being born as Daksha’s daughter and Daksha’s yajna. As I have already told you, Sati gave up her body at the time of this sacrifice. Miserable, Shiva wandered around, carrying her dead body on his shoulders. Brahma and the other gods were agitated. Devi Bhagavata Purana tells us Vishnu (there is no mention of Brahma or Shani) cut the body into pieces. We usually think Vishnu did this with his chakra. According to Devi Bhagavata Purana, Vishnu did this with his bow and arrows, not the chakra. Shiva, of course, remained in these spots, in his form as a lingam. Which are these places? Devi Bhagavata Purana gives us a list and describes them as Siddha Peethas. Sometimes, the expressions Siddha Peetha and Shakti Peetha are used synonymously, as with Devi Bhagavata Purana. Sometimes, a distinction is drawn between the two. A Siddha Peetha is a place where one or more sadhakas have obtained siddhi in their sadhana. It may or may not be a Shakti Peetha. In contrast, a Shakti Peetha is a place where a part of Sati’s body fell. Based on Devi Bhagavata Purana, the list of Shakti Peethas is the following. In each case, there is a location and there is Devi’s name, or form, in that location. The first entry is the location, the second is Devi’s name. Except for Varanasi, where we are told that Devi’s face fell, in the other locations, there is no mention of the specific limb. There is a similar list in Padma Purana. We are also told that, under the name of Brahmakala, Shakti exists in the consciousness of all those with bodies. This entire account is recited by Vedavyasa to King Janamejaya. Vedavyasa concludes by saying, “O Janamejaya! I have recounted the names of 108 peethas to you, the directions in which these exist and the names of Devi there. These peethas are said to have originated because of Devi Sati’s limbs. They exist on the surface of the earth and elsewhere, too.”

I will give you the list of 108 in the next column and there will be a surprise in the list. Many familiar names will be missing. What I have just said is from Devi Bhagavata Purana. There are other texts also.