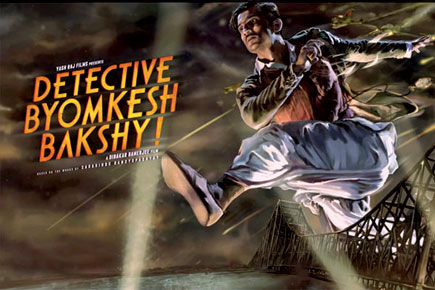 In Fan, Shah Rukh Khan, it is said, plays a double role as a superstar and his fan. But this is a movie from the Yash Raj Films stable; when they team up with Shah Rukh, surreal plots often follow, as seen in Rab Ne Bana Di Jodi. But right from the Dilwale Dulhaniya Le Jayenge days, their tie-ups have never flopped.

Salman Khan teams up with Sooraj Barjatya, who launched him in Maine Pyar Kiya, to reprise the character of Prem. Predictions: it will have a cheesy joint family setting with a love story thrown in, and something will happen to shake their cosy happy lives. Salman fans used to his tough-guy roles might have some difficulty adjusting.

After Besharam flopped in 2013, Ranbir Kapoor had no movies in 2014. He has four slated in 2015, but the most eagerly anticipated is Bombay Velvet. Directed by Anurag Kashyap, this story is centered around Bombay of the 60s, with Ranbir playing a boxer. For someone who used to swear by small budgets, Anurag splurged on creating lavish sets in Sri Lanka to recreate the Bombay of that time.

Dibakar Banerjee ventures into cheerier environs with this movie featuring the fictional Bengali detective Byomkesh Bakshi. Obviously a whodunnit, the spin Banerjee gives the character will be interesting. Will he make him cerebral, or, a la Guy Ritchie in Sherlock Holmes, a man of action?

Sanjay Leela Bhansali has been planning this one for over a decade. Having finally zeroed in on Ranveer Singh and Deepika Padukone to play the parts of the Peshwa Bajirao and his lover Mastani, Bajirao Mastani will be, in true Bhansali’s style, kitschy, garish and melodramatic; but the director has walked that line well in the past.