We Love You Threepio

Rajeev Masand in conversation with Anthony Daniels, whose film Star Wars: The Rise of Skywalker releases this weekend 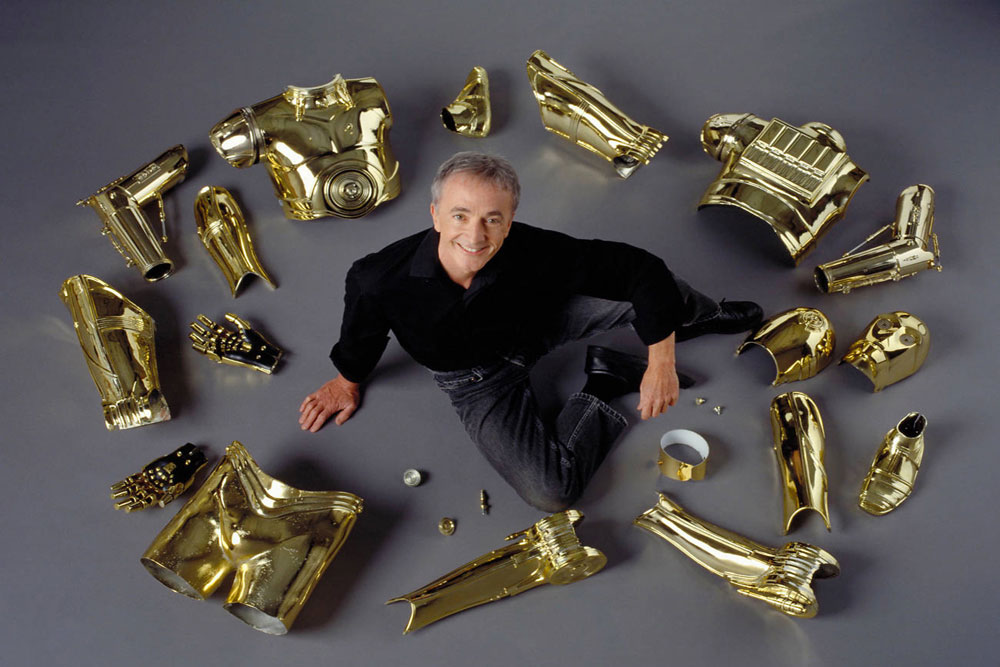 
Sipping a cup of Earl Grey tea in a hotel suite in Tokyo, Anthony Daniels is visibly excited. The 73-year-old English actor is in Japan to attend the first of many international premieres of Star Wars: The Rise of Skywalker, the ninth film in the Star Wars film series, and potentially the last featuring original characters created by George Lucas over 40 years ago.

Daniels plays C-3PO in The Rise of Skywalker, a role he has played in every single one of the nine Star Wars films, including Lucas’ original trilogy, the three ‘prequels’ made in the early 2000s, and the new trilogy that Disney has rolled out since its acquisition of Lucas Film in 2012. Threepio (as the character is affectionately referred to), the golden droid from Star Wars—even more than R2-D2, his blue-white bleeping, bickering partner droid—is possibly the most beloved non-human character in American film history, and Daniels couldn’t be more proud:“He is me, and I am him.”

When he first auditioned for the role in 1975, “reluctantly” as he is fond of saying, he famously found himself sucked in by a painting by conceptual illustrator Ralph McQuarrie. Daniels has said Threepio looked a bit lost, and that he was drawn to his vulnerability. Still, it had to be no small challenge spending hours ensconced in a costume that was made up of metal, fiberglass, and form-fitting plastic that resembled Threepio’s shiny golden exterior. Daniels even came up with the character’s frantic, computer-resembling voice, which he modeled after a British butler.

The only actor who will have featured in all nine Star Wars films—which cut across timelines and storylines—Daniels has never let the “inconvenience” of the suit come in the way of his commitment to Threepio. While prepping for The Force Awakens when JJ Abrams offered to put another actor in the suit to spare the then-68-year-old the discomfort of confinement, Daniels balked. “It’s not merely a suit. It’s an integration. There was no way I was just going to do the voice,” he remembers.

Still Daniels was less than pleased when Abrams gave Threepio that red arm to suggest that he’d been through some tough adventures since we last saw him. “I hated it. And I complained incessantly,” he admits. He’s also been anything but subtle about his disappointment in the way that Threepio was sidelined in both The Force Awakens and The Last Jedi. “When it was time for The Rise of Skywalker, I had resigned myself to the probability that he was going to be a bit of a decoration on the side again. But I was very surprised.”

Few people have seen The Rise of Skywalker yet; the film releases worldwide this weekend. But JJ Abrams has said that this time around, Threepio “is out on the wild journey with the others”. From remaining mostly within the Resistance base in The Force Awakens, he is expected to be on “ships and speeders, in deserts and snowy villages, climbing, crashing, and in encounters with some terrifying creatures”.

The actor, who has had some time to reflect on the impact that the character has had on fans over the years, tells me he is grateful for the abiding love. From being deeply resentful of the fact that the head-to-toe suit denied him the recognition that other “legacy players” like Harrison Ford, Carrie Fisher and Mark Hamill enjoyed, he has come to accept that true Star Wars fans know him, love him, and recognise him even without the suit. “I was in India some years ago, and at the airport someone came up to me and asked for a picture,” he remembers cheerily.


The folks at Lucas Film have made it clear that The Rise of Skywalker will wrap up the 42-year saga of the Skywalker family, putting to rest some of our oldest and most beloved characters from the original films. But Daniels is convinced it’s not the end for Threepio. “He’ll be back in some form or the other,” he says cryptically, refusing to reveal any details. Given that Disney has announced it will be rolling out original spin-offs (like an Obi-Wan series, and a Cassian Andor series) for their recently launched Disney+ streaming service, there’s a strong possibility Threepio could rise again.

Not that Daniels is twiddling his thumbs until the call comes. The actor released a memoir earlier this year titled I Am C-3PO, and he routinely attends conventions and fan events to share memories and anecdotes from his journey as Star Wars’ most enduring droid.

In Tokyo he gets more cheers at the premiere than younger stars Daisy Ridley, Oscar Isaac, or John Boyega, and every journalist who’s sat down with him today (myself included) has spent at least a few minutes of their interview slot telling him what the films, and Threepio, meant to them growing up. When Daniels gets teary listening to grown men choke up while sharing their love for Star Wars, his wife Christine appears from the back of the room to put a comforting hand on his shoulder. “It’s more than one could ever ask for,” he says of what Threepio has given him. “I’m the luckiest guy in the world,” he signs off, a big smile replacing those tears.