Wanted: A Lady for Aamir 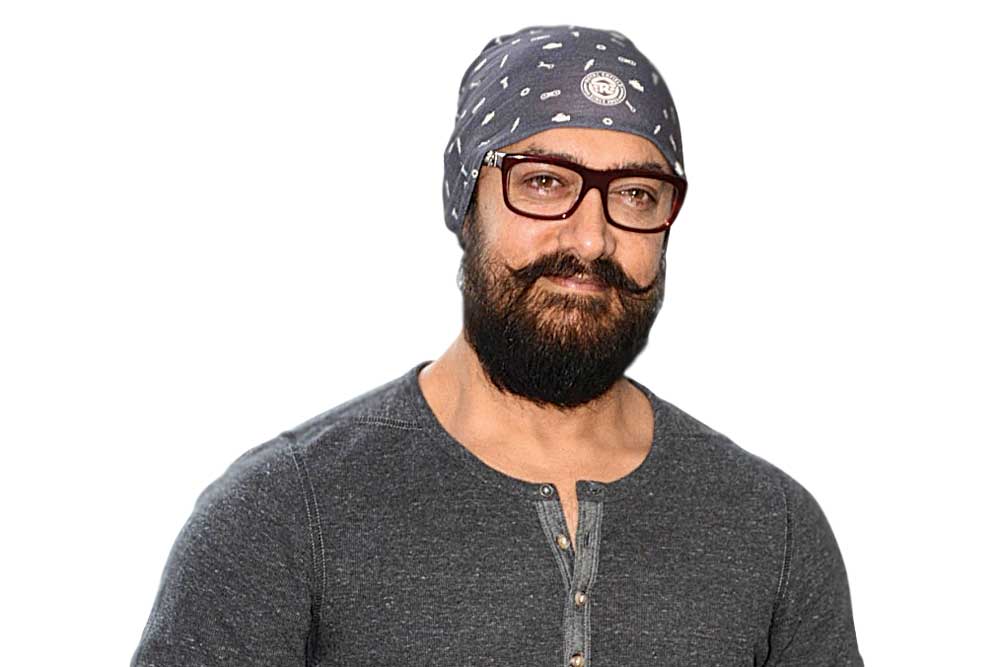 If you’ve been wondering why Aamir Khan is sporting so much facial hair lately and why it doesn’t look like he’s had a haircut, it’s because he’s set to begin shooting his next film, Thugs of Hindostan, and it’s all part of the look. Very little is known about the film except that it will be directed by Dhoom 3’s Vijay Krishna Acharya. And that Amitabh Bachchan has a key role in the movie. And that it’s a period actioner. That’s literally all we know. Which should hardly be surprising, given that the film is being produced by Aditya Chopra, a stickler for secrecy.

Lately, industry insiders have been gossiping that the makers of Thugs are having trouble landing an actress for the film. Deepika Padukone, who was among the first to be approached, reportedly turned down the gig because she wasn’t exactly ecstatic about her role in the story, or the overall script for that matter. Alia Bhatt is believed to have politely declined as well. A source close to the studio reveals that Aamir was keen that his Dangal co-star Fatima Sana Shaikh be considered for the role, but Aditya Chopra expressed reservations.

Turns out that although Aamir’s character doesn’t have an overtly romantic track with the female lead, there is a dream sequence in which the characters share a kiss. Chopra didn’t think the audience would approve of Aamir sharing any kind of romantic intimacy with an actress who has played his daughter. Last heard, the makers were in talks with Shraddha Kapoor for the part.

If his father David Dhawan is planning a new film with Varun, a fitting title might be ‘Charmer No 1’. The 29-year-old star who’s just featured in a remix version of the hit 90s song Tamma Tamma, reached out to disgruntled choreographer Saroj Khan when she blasted the team behind the new number for ‘forgetting’ her when they embarked on the remix version.

Saroj Khan expressed her displeasure when she realised that the makers of Badrinath Ki Dulhania had roped in both Sanjay Dutt and Madhuri Dixit (who featured in the original song) to give their blessing to Varun and Alia Bhatt, but didn’t so much as reach out to her. Varun promptly went into damage-control mode and apologised to the veteran dance-master both during promotional interviews and on Twitter.

Not surprisingly, even Saroj Khan couldn’t resist his earnestness. ‘Varun is a wonderful boy, same like his father Davidji. I wish him all the best,’ she said on Twitter, ending a thankfully short-lived controversy.

This young actor, currently single, is fast earning a reputation for hitting on any woman who shows even the slightest interest. At two high-profile film parties in the last few weeks, the actor is reported to have boldly flirted with the single ladies in attendance, and ended up lucky on both occasions.

At the first, where he got cheerfully high fairly early in the night, he is believed to have narrated sad stories of his recent break-up to just about anyone. By the end of the evening, he was seen leaving with a model- turned-actress who was once in long relationship with a celebrated sportsman.

The second party, which took place more recently, was a smaller gathering, but was packed with equally prominent personalities. The gentleman in question, who likes to wear the ‘serious actor’ hat, was seen hitting on a young actress who is close friends with a top female producer. Eyewitnesses swear that it didn’t take too much convincing, and before long the actor had managed to retire to one of the hosts’ many private rooms with the actress.

Industrywaalas haven’t stopped talking about the actor’s insatiable appetite for PYTs, but most agree that at least he appears to be dipping only into the singles pool for potential bedmates.