A subtle adventurer, a permanent outsider, an actor who gave death more dignity than it deserves and India’s best known Khan abroad 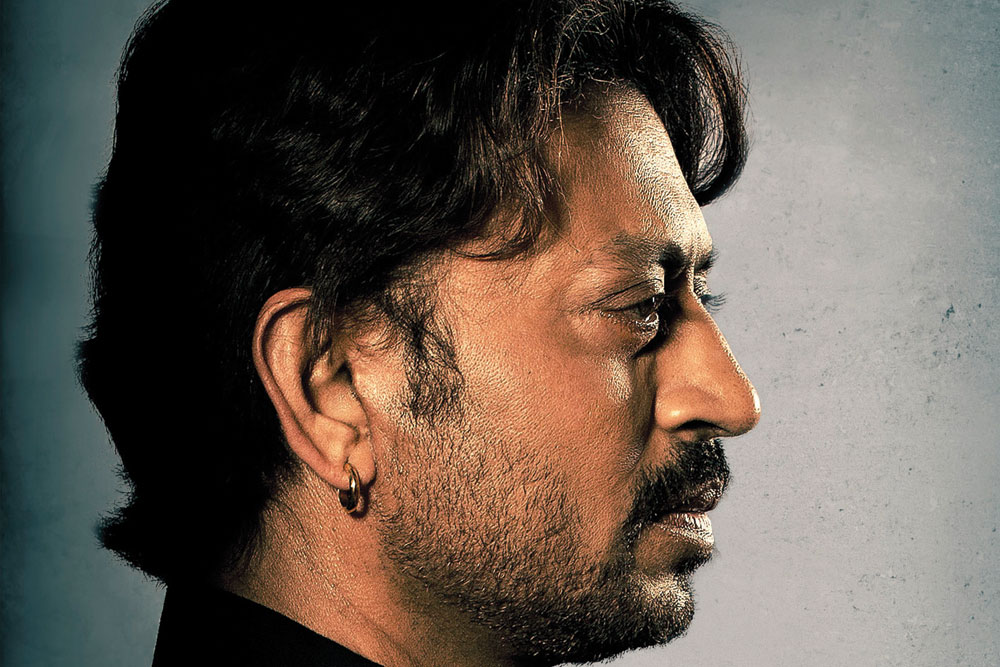 
HIS EYES CAPTIVATED the world, and with good reason. Large, all-seeing, somewhat protuberant, he had almost superhuman control over his lachrymal glands. He could be laughing at a documentary he had seen or speaking seriously about the discomfort of making love to his wife in his mother’s home, the tears would swim in his eyes, but rarely fall.

Having opened in 1967, those those eyes closed forever on April 29th, 2020. The countryalso let its tears fall freely.

In a career that spanned over three decades, the man from Jaipur, Rajasthan, had gone from being a steady TV actor overcome by the tedium of schedules to an international star sought out by the world’s best directors.

Mira Nair’s Salaam Bombay in 1988 from which he was sadly de-cast as part of the gang and given a “nothing of a role” as a roadside scribe left him heartbroken, recalls co-writer SooniTaraporevala. It was as the proud Lafcadia in Asif Kapadia’s The Warrior in 2001 which put him on the map of the world. The Namesake in 2006 where he embodied the sorrow and joy of being Ashoke Ganguli, an immigrant in America. A Pakistan police captain in Michael Winterbottom’s A Mighty Heart in 2007, rubbing shoulders with Angelina Jolie and Brad Pitt at the height of their fame. Slumdog Millionaire in 2008 where he is tasked with the interrogation of the boy who knew too much. The Lunchbox in 2013 where he brought a quiet dignity to the solitary life of Saajan Fernandes and showed the world a new kind of confident, urban and urbane cinema from India.


Irrfan was the face of Indian cinema abroad, says Nimrat Kaur, his co-star in The Lunchbox. “Whenever I went to Los Angeles for an audition, there was only one Indian name I heard, and it was his.” There have been actors before him who conquered the world—Om Puri being one—but none had his versatility and diversity. From the sharp suit wearing villain of no particular ethnicity, Simon Masrani, in Jurassic World in 2015 to Harry Sims in Inferno in 2016 to champion puzzle solver Robert in the gentle and genteel Puzzle (2018), Irrfan transcended his race and ethnicity.

Acting is the art of prolonging life, of leaving a legacy, of creating characters that outlive the star. The way Irrfan fought his disease, seeking new therapies, working on Angrezi Medium in the short reprieve he had, has defined our memory of him

The graduate from National School of Drama—he famously lied about previous theatrical experience to get in—who did 200 episodes of Banegi Apni Baat and several episodes of Chandrakanta was re-introduced to Indian audiences after he had already made his mark in the West with Kapadia’s The Warrior through Tigmanshu Dhulia’s Haasil (2003) and Vishal Bhardwaj’s Maqbool (2004). In Haasil, he was the campus roughneck, in Maqbool he was Macbeth to Tabu’s Lady Macbeth. Such was his presence that even as a wraithlike stranger, Roohdaar, in Haider (2014), he could make his presence felt. There was something enigmatic about his presence, half liminal, half physical, almost like the last scene in Piku (2015), where he is playing badminton in the driveway of Deepika Padukone’s home. He is playing virtually from the street, and she is playing from the driveway. He is the eternal outsider, looking in.

At home, no matter how many honours he won, Irrfan still yearned to be a box-office star, a bankable actor, so studios didn’t have to think twice about releasing his movies. He would always point to how UTV Spotboy dragged its feet over the release of one of his finest movies, Paan Singh Tomar (2012), where he played a solider-turned-athlete who becomes a dacoit, a performance for which he won a National Award. In his later career, with movies such as Shoojit Sircar’s Piku and Saket Chaudhary’s Hindi Medium (2017), that wish too was being fulfilled. Piku’s Rana and Hindi Medium’s Raj Batra showcased the many worlds Irrfan was ready to conquer. Rana’s quiet romance with Piku, under the constipated eye of her father, showed the blossoming of a new kind of relationship in rapidly urbanising India, where class and language were becoming less pronounced. Hindi Medium’s effusive yet sensitive Raj who thinks nothing of drunk dancing at a sophisticated cocktail party underlined his talent for the absurd. Even when you laughed at him, it was with empathy.

When he was diagnosed with a rare neuroendocrine tumour in 2018, it grounded an actor in full flight. Tanuja Chandra who cast him as the enigmatic traveller in Qarib Qarib Single, in 2017, says he might have only begun his amazing work and onscreen performances. “There was so much still to explore for him within himself and to bring to the audience,” she says. In his short life of greatness, his quirky film characters were finally finding more sophisticated audiences. The easy man-of-many-parts in Karwaan (2018), part older brother to Dulquer Salmaan and part counsellor to Mithila Palkar; the befuddled and cuckolded husband of Blackmail, one of his last movies, and then his last role, the halwai father of Angrezi Medium earlier this year who wanted more than anything else to send his daughter to England—his characters were comfortable if not comforting.

Actors become icons in how they live their lives offscreen, in what they do and say. Irrfan lived a low-key life, lately in a beautiful, airy five bedroom apartment off Mumbai’s Aksa Beach, with his writer wife, Sutapa Sikdar, whom he met when they were students at NSD, and their two boys. The living room was superbly appointed but he had left enough room for his boys to play football if they wished. They did. Icons become legends when they learn to deal with death. Acting in many ways is the art of prolonging life, of leaving a legacy, of creating characters that outlive the star. The way Irrfan fought his disease, seeking new therapies, working on Angrezi Medium in the short reprieve he had, has defined our memory of him. Here was a man, cut down in his prime, handling it with dignity and grace. From his first statement upon being diagnosed when he said he would be back with more stories to tell, to his subsequent message when Angrezi Medium was released that his body had been gate-crashed by “unwanted guests” and he was negotiating with them, he displayed vulnerability and humour, hope and fear.

Here was a man not afraid of showing his pain, but also not ready to give in. As Akarsh Khurana, the young director of Karwaan says,“His fight against the disease was typical of him. We were all rooting for him to win. This is a massive loss to us and the art form.”

Always a bit of a philosopher, a reader and avid consumer of documentaries, Irrfan once said: “It’s the micro mechanism of life you touch now. You have looked at life with a new relaxed eye without hurry and anxiety. At least, that’s what I try. There is this realisation that perhaps you don’t control a thing. The time with a capital ‘T’ has become magnetic and wondrous.” It is why he was so perfect for the subtle adventurers he played on screen. Pi Patel in Life of Pi (2012), who undertakes a most remarkable journey on a lifeboat with a tiger named Richard Parker, and says, ‘I suppose in the end, the whole of life becomes an act of letting go, but what always hurts the most is not taking a moment to say goodbye.’ Ashoke in The Namesake, who said: ‘Do yourself a favour. Before it’s too late, without thinking too much about it first, pack a pillow and a blanket and see as much of the world as you can. You will not regret it. One day it will be too late.’ Robert in Puzzle, who said: ‘Life is messy. And there is nothing we can do to control it.’

“Wait for me,”Irrfan said in one of his last statements. We will. See you on the other side.