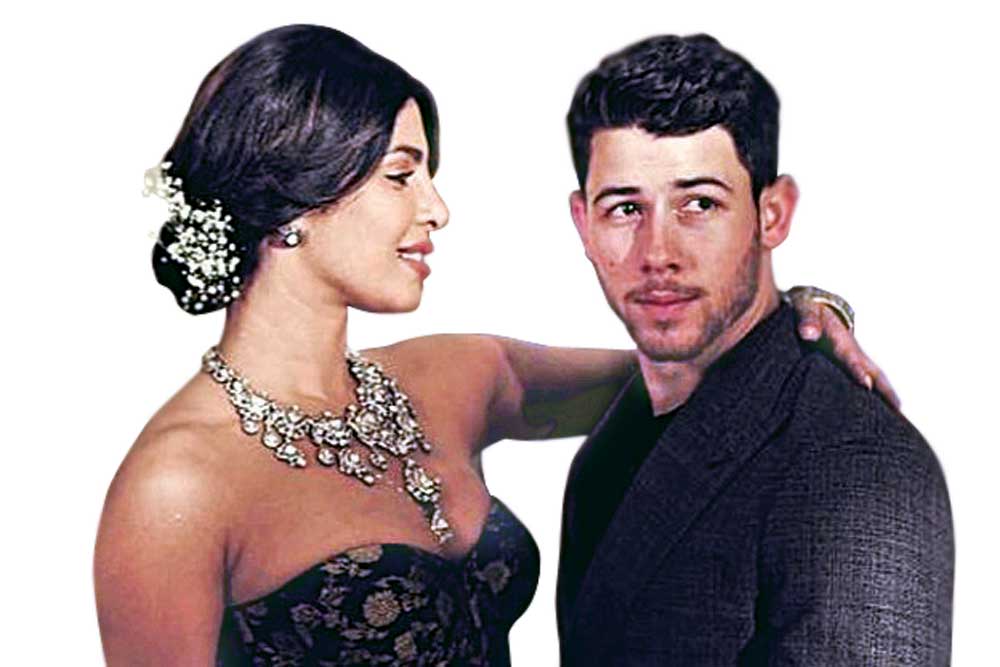 An American gossip rag has splashed a story about Priyanka Chopra and Nick Jonas’ alleged impending divorce on its cover. “They’ve been fighting about everything—work, partying, spending time together. The bottom line is that Nick and Priyanka rushed into things… and now they’re paying the price,” a source is quoted as having told the magazine. ‘Jonas believed the actress was cool and easygoing when they got married but recently Nick has seen a controlling side to her. She also has a temper—that is something Nick was not aware of until after the wedding celebration,’ the story further claims.

Fans refuse to believe the marriage is in trouble, but the parties concerned have decided they don’t want to dignify the ‘hack job’ with a response. If anything, more photographs and videos of the pair canoodling in Miami with Nick’s brother Joe and his fiancée actress Sophie Turner have surfaced on social media. Wisely, Priyanka has ignored both the story and the buzz it’s creating, choosing instead to share her excitement with her fans about attending her first Jonas Brothers concert earlier this week.

A daily has quoted Priyanka’s cousin, actress Parineeti Chopra, as denying the story, saying it was “terrible” and “in bad taste”. PC’s team in Mumbai, meanwhile, has rubbished the news and has warned that the couple might take legal action against the magazine for its “fabricated story”.

The internet is outraging over the trailer of a new Ajay Devgn film, De De Pyaar De, that dropped earlier this week. A romantic comedy starring Tabu and Rakul Preet Singh along with Devgn and produced by Sonu Ke Titu Ki Sweety helmer Luv Ranjan. The reason for the outrage, understandably, is the fact that the film not only features Alok Nath in a key role but that the filmmakers thought it was okay to put him in the trailer despite his being accused of rape (19 years ago) by Vinta Nanda during the MeToo ‘wave’ last year. Incidentally Ranjan himself was accused of inappropriate behaviour during an audition by an actress.

While a few—like filmmaker Sajid Khan, actor Nana Patekar and celebrity manager Anirban Blah—faced the repercussions of being named and shamed, the truth is that several others continue in the industry without consequence. The ‘sanskaari’ actor of films like Maine Pyar Kiya (1989) and Hum Aapke Hain Koun..! (1994) has denied Nanda’s charges, and he has been granted pre-arrest bail in the case, stating that ‘the possibility that he has been falsely framed in the crime cannot be ruled out’. However, as many as four actresses—Sandhya Mridul, Himani Shivpuri, Navneet Nishan and Deepika Amin—have gone on record about Alok Nath’s ‘despicable’ behaviour.

Rumour has it that this once undisputed A-lister who was poised to be a serious threat to the superstars reigning the box office for over two decades is currently feeling defeated both personally and professionally. Insiders have been whispering that the actor is unable to focus on work because he’s distracted by more urgent matters, crucially the health of a parent. This setback has reportedly thrown his schedule into a tailspin.

At least two projects—one in post- production, another still in scripting— have had to be postponed, causing some inconvenience to other cast and crew. The director of the second project will now helm a web show while he waits for his film to get back on track.

But it’s not just the actor’s professional projects that are in a mess. Those who know him say he’s also struggling with his personal relationships. He’s trying to put up a brave face for his children, sources say, but he’s having trouble trusting friends and potential partners; he appears to have withdrawn into a shell.