Wrong Weekend for a Release | Calling It Quits 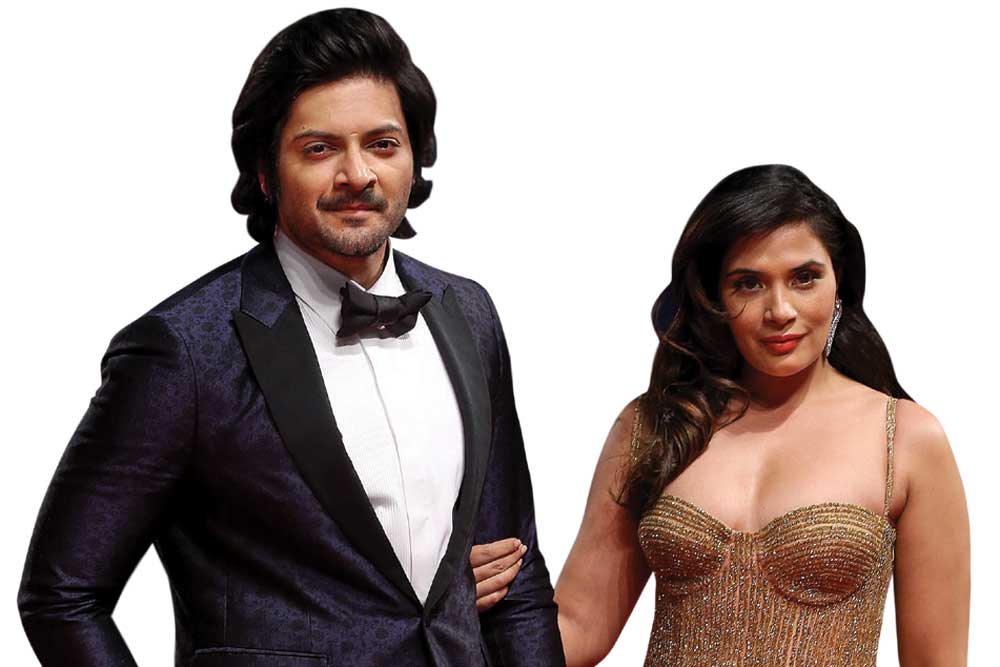 So, it’s out: Fukrey stars Ali Fazal and Richa Chadha are a couple. The actors made their relationship public at the Venice Film Festival earlier this week where Ali attended the world premiere of his new film Victoria & Abdul, while Richa stood by his side, happily playing the role of proud girlfriend. They have reportedly been seeing each other for roughly a year now, and contrary to rumours that they began dating when they started shooting the Fukrey sequel some months ago, insiders say they’d remained close since after completing the first film and got together when both were single last year.

Richa reportedly explored Venice with a common friend who was also travelling with them, while Ali spent the bulk of his visit doing press conferences and attending festival events. Richa joined him for the premiere, dressed in an elegant golden gown, and the pair took pictures at the Lido, showing off their tickets before the lights went down and the movie started.

For Ali, it must have been comforting to have his girlfriend around, given that the film’s reviews were unanimously lukewarm. He next flies to Toronto for the North America premiere before touring the US to plug the movie which is reportedly being prepped for a massive Oscar push.

It appears that only Dame Judi Dench, who stars as Queen Victoria and has received good reviews for her performance, will be aggressively positioned as an Oscar hopeful. Ali will have to settle for an honour from Variety magazine at the Hamptons Film Festival. But he’s landed a top agent in London and has been signed up by William Morris Endeavor, one of the biggest talent agencies in Los Angeles. Not a bad start at all.

Wrong Weekend for a Release

When prison-break musical Qaidi Band released a few weeks ago, it became the lowest grossing movie from Yash Raj Films. Trade pundits say the film grossed an embarrassing Rs 50 lakh at the box office over its entire run. Sources have been gossiping that Do Dooni Chaar and Ishaqzaade writer-director Habib Faisal has gone into depression following the failure, while holding producer Aditya Chopra responsible for it. It is no secret that Adi was keen to release the film in a hurry, before the similarly-themed Lucknow Central was ready to check into cinemas a few weeks later. But insiders say Habib was unhappy that the film wasn’t adequately promoted, and released on a weekend that was already crowded with too many new films.

The film’s failure has also hurt the actors, particularly newcomer Aadar Jain, who happens to be Ranbir Kapoor’s cousin. The 23-year-old is reportedly ‘shattered’ by the response to the movie—or lack of it. His older brother Armaan Jain made his acting debut in Lekar Hum Deewana Dil, directed by Imtiaz Ali’s brother Arif Ali in 2014, and met with a similar fate.

It appears that a young actor and his actress girlfriend—who, as it turns out, never confirmed they were dating although it was Bollywood’s worst kept secret—may have finally called it quits. According to those in the know, the male star, currently on an outstation shoot filming his new project, is back to his bachelor ways. On social media, he and his ex continue to wish each other good luck and best wishes for new releases, and frequently ‘like’ each other’s photographs, but insiders say the break-up wasn’t without drama.

Recently, while travelling abroad, the actor appeared to be interested in a pretty young thing whose name, incidentally, sounded similar to his ex’s. When asked if he’s only drawn to women whose names are phonetically alike, he snapped back that he was trying to forget the last one and would appreciate it if he wasn’t constantly reminded of her. Ouch.