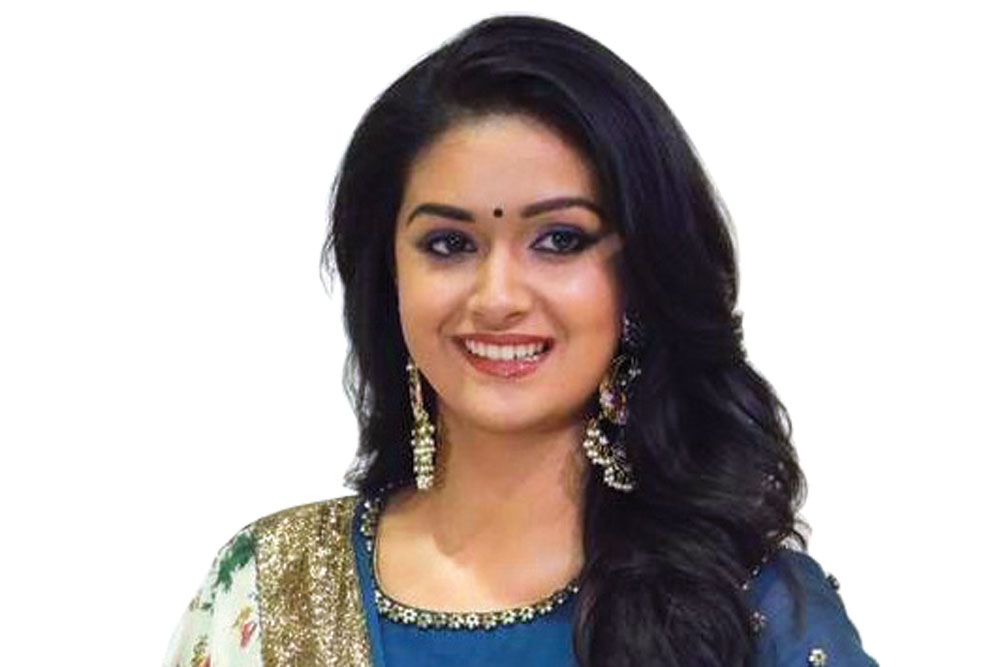 
Keerthy Suresh, the National Award-winning star of Telugu film Mahanati, who had signed up to make her Bollywood debut opposite Ajay Devgn in Badhaai Ho director Amit Sharma’s film Maidaan is no longer a part of the project. Very reliable sources have revealed that the actress and the film’s producer Boney Kapoor parted ways amicably.

Turns out that both the actress and the filmmakers decided that she looked too young to be playing the character they’d signed her for. Ajay plays former football coach Syed Abdul Rahim, under whose mentorship the Indian football team won the Asian Games in 1951 and 1952, and Keerthy, who is in her 20s, was reportedly meant to play Ajay’s wife. But there was some concern about Keerthy ‘ageing’ for the screen again so soon after Mahanati, in which she played Telugu screen legend Savitri from her youth right until her death in 1981, at the age of 45.

Both Keerthy and Boney agreed that playing older than her real age repeatedly could ‘slot’ the actress and hurt her career. The fact that Maidaan was meant to be her big Bollywood debut would mean that she’d be introduced to the ‘Hindi audience’ playing a considerably older character, thus deepening the risk of being stereotyped. Keeping these factors in mind, they decided it might be best to sit this one out. Which means that fans of the actress must wait longer to see her rattle off Hindi lines on screen. Aah well!

It’s been over a year since the release and failure of Zero, but there hasn’t been a peep from Shah Rukh Khan yet about what he wants to do next. The actor has hinted that he’d like to do an action film; but there’s also been talk of projects with everyone from Rajkumar Hirani, Kabir Khan, Raj Nidimoru and Krishna DK, Virus director Aashiq Abu, Bigil director Atlee Kumar and a few more. The superstar himself has offered no clarity except to say that he’s enjoying his break from the sets.

While the Rajkumar Hirani film has reportedly been greenlit by SRK, there is little else that seems like a sure thing. Now, however, one has learnt that SRK and Yash Raj Films could announce a project together very soon. The studio, which was founded by Yash Chopra in 1970, is celebrating its 50th year in 2020 and is expected to announce a clutch of A-list productions. One among these is likely to star Shah Rukh Khan.

According to the grapevine, it may not be Dhoom 4, the title most fans were expecting the studio to announce with SRK, but an action movie nonetheless. Word going around the corridors of YRF is that Bang Bang! and War director Siddharth Anand could be the lucky man to land the gig. After the massive success of his recent Hrithik Roshan-Tiger Shroff actioner, boss man Aditya Chopra is believed to have entrusted Siddharth with the Shah Rukh-starrer, which is expected to be a slick globetrotting action adventure.

Rumour has it that a popular young male star who has made back-to-back masala movies has ditched his plans to do a more thoughtful, ‘serious’ movie next, and instead take on another ‘mass’ entertainer. He earned praise when he stepped out of his comfort zone to star in a melancholic, leisurely-paced tragedy two years ago, but the film didn’t do the kind of box-office numbers he was used to enjoying with his more ‘commercial’ outings.

So he did three films purely for the box-office (both as yet unreleased). But the plan was to make one “content film” before he returned to his favourite kind of movie. Now one has learnt that he has decided to stick to the same space. The reason for that appears to be peer envy. Two of his contemporaries have raced considerably ahead of him, and making a ‘serious’ movie could widen the gap between him and them. So he’s decided that for now he’ll stick to the kind of broad, commercial entertainer that could help him catch up with his rivals in the box-office stakes. The ‘acting’ can wait. Pity.