The Gothic film and rural India’s struggle with modernity 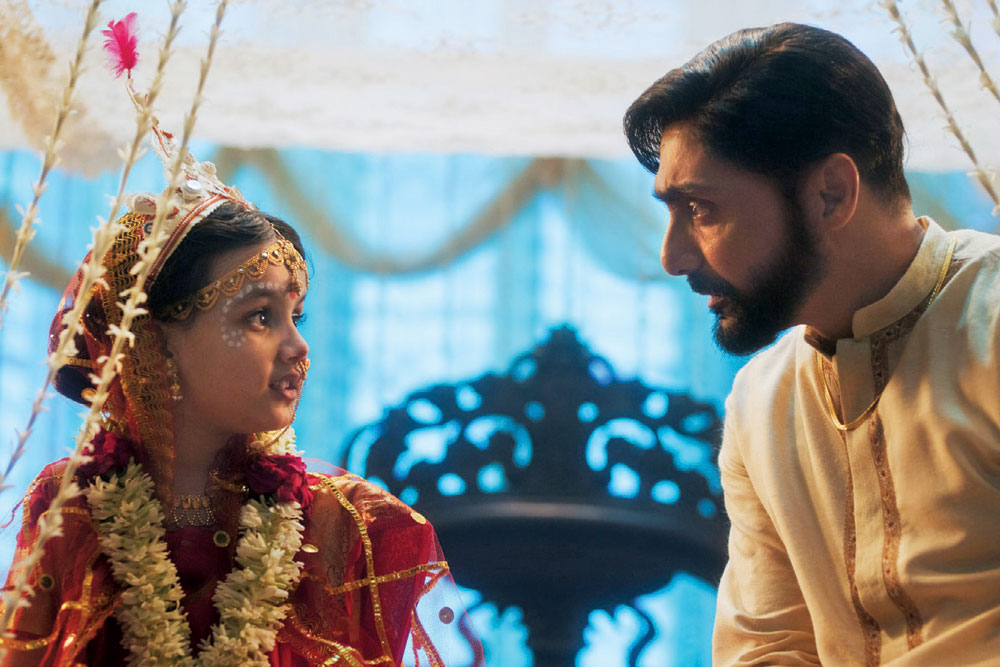 A scene from Bulbbul


AS EVERYONE ELSE under the lockdown, I’ve been watching serials and films, mostly in Hindi and Bengali, with a diversion to the wonderful Babylon Berlin which took us to the German film industry of the 1930s, which brought to mind the founding members of Bombay Talkies.

I thoroughly enjoyed Panchayat, where our flop hero moves from mall to village to set up a series of comic encounters. This is not a tale of unlikely smart villagers turning the tables on the urban incomer, and nor does the series romanticise or patronise them. Rather, the cultural clashes and negotiation of change in all aspects of contemporary Indian life is turned into material for comic happenings, which also show a serious move towards some sort of understanding between the rural and the urban.

The figure of the urban Indian who is suddenly transplanted to a rural area doesn’t have much of a lineage in the Hindi film. We have seen classic films where city-dwellers go to the village and wreak havoc, as in Barsaat (1949) or Raja Hindustani (1996) or the villager who migrates to the city but leaves it, in Shree 420 (1955).

Hindi films have mostly made half-hearted attempts at showing the village, which is some unreal space defined by not being the city. Sometimes the city-dweller on a journey stopped in a village where he met the village belle in her full make-up, short choli and sometimes a little cone of a ‘Himachali’ hat, where they performed a ‘tribal’ or ‘gypsy’ dance (‘Dilbar’, Caravan, 1971, or better, one with innuendo: ‘Bangle Ke Peeche’, Samadhi, 1972); or we encountered the world of Thakurs (Ram Lakhan, 1989; Karan Arjun, 1995).

Although some films engaged more seriously with villages, such as Swades (2004), Peepli Live (2010) or the work of Prakash Jha, the 2000s saw many Hindi films set in non-metropolitan dystopias where the hero may or may not spout Bhojpuri—surely, the equivalent of English ‘Ooo arrr’ of Mummerset—or may just carry on in his Bambaiya Hindi, a star transplanted to the small town.

While novels set in the villages became classics such as Premchand’s Godaan (1936) or Pannalal Patel’s Manvini Bhavai (1947), Upamanyu Chatterjee’s English August: An Indian Story (1988) distilled the experience of the Indian urban youth’s alienation from the village with great hilarity and was made into a film by Dev Benegal.

This theme came up again in my lockdown viewing as I have been rewatching Satyajit Ray, Tapan Sinha, and films starring Uttam Kumar, as many of these were set in rural areas, albeit in massive, though often decaying, mansions, featuring zamindars who move between the city of Calcutta (as was) and the villages where they are feudal lords, just as Sarat Chandra Chattopadhyay’s Devdas. They are unable or unwilling to survive in the modern world, often represented by the city of Calcutta/Kolkata, with the bumpkin surviving and thriving in this world. A classic example is Saheb Bibi Golam (1956), which is a fascinating contrast to the Hindi Sahib Bibi Aur Ghulam (1962).

The encounter of the outsider and the village is seen in three different ways in Satyajit Ray’s Teen Kanya (1961), its three short films based on Tagore’s short stories, each giving the view of the incomer but also showing the villager’s view of him/her. Samapti (The Conclusion) shows the villager, Amulya (Soumitra Chatterjee), who moves to the city and returns as a partial outsider. He rejects the respectable girl who is chosen for him in favour of the wild village beauty, Pagli (Aparna Sen). Amulya struggles with walking in the village’s muddy tracks but Pagli climbs trees to escape and to return to him, rising above the ooze. The middle story, Monihara (The Lost Jewels), is a ghost story set in a massive mansion where the wife loves jewellery more than her husband and, perhaps, her life. The village schoolteacher who tells the story regards the couple as aliens who perhaps deserve their fate. The first, Postmaster, is one of the saddest stories I know. The postmaster (Anil Chatterjee) comes to the village where he is startled by the locals, the group of men who invite him to a concert where he is clearly out of place. He makes his only connection with the young girl, Ratan (Chandana Banerjee), with whom he kills time by teaching her to read and write, and seems to adopt as his daughter. Although there are no questions about why this able-bodied young man, with free time on his hands needs a servant at all, this child works for him, cooking—even learning to make bread though she usually prepares rice, bringing him water, nursing him through his malaria, and so on. He asks for a transfer and when he goes, tries to tip her. The girl refuses, her heart broken again because he sees their relationship as transactional rather than one based on love.

The Gothic struggle with modernity is seen in the magnificent Khudito Pashan / Hungry Stones (1960), based on another story of Tagore. A tax collector (Soumitro Chatterjee) comes to work in a remote area where he stays in a deserted palace which is rumoured to be haunted. He is enchanted by the ghosts from the Mughal era, in particular, by a beautiful woman (Arundhati Devi). (The wife of the director, she was pregnant at the time with Professor Anindya ‘Rana’ Sinha of the National Institute of Advanced Studies, Bangalore, an animal specialist.) Welcomed by all, a fellow Bengali (Chhabi Biswas) takes an avuncular role, inviting him and then sending food but the young man is obsessed with his night visions, the figures calling him into their world. It was this movie that inspired Gulzar’s Lekin… (1991).

A contemporary Gothic film, Bulbbul (2020), is made in Hindi but set in 1881 in a mansion in rural Bengal. The film has two outsiders, who are not necessarily urban migrants to a rural setting, though the doctor must have studied in a city, but hold modern values. One is Bulbbul herself who seeks love and work through writing (why in Hindi?), the lovely Tripti Dimra, with her peacock fan and the doctor, Dr Sudip, played by Parambrata Chatterjee who has the characteristics ascribed to the typical Bengali hero, namely, he is kind and gentle but also ineffectual. He seems not to notice his patient has died and become a chudail.

Bulbbul and Sudip are outsiders in this world of zamindars, whose patriarchal culture contains child marriage, rape and unspeakable violence. The men are jealous but unfaithful and cruel. They regard the family as a private space to indulge in sadistic passions, thrashing and killing a female family member with impunity, even though there are local police present.

Even the widow (who has her head shaved rather than cut in Bengali style) deserves our sympathy despite her ambitions and lack of sisterly empathy. The youngest brother, who is a gentle writer at the beginning, travels to the West. It is unclear what he has done there and what has changed for him while Bulbbul herself has moved on.

The film has been acclaimed as different and new but it draws on many visual, narrative and cinematic traditions. Its melodrama is that of a Hindi film rather than the introspective realism of Bengali art cinema. The huge rajbari is seen in many Bengali films, actual mansions which are far grander and extravagant than even the wildest Hindi film fantasy, but aestheticised in the visual style of a Sabyasachi or Rituparno with details such as Bulbbul’s exquisite clothes (especially her pink and mint green). Yet, it is also a Gothic tale, a form loved by Tagore, as well as linked to the kisse-kahanis of the folk figure, the chudail. The rape-revenge drama was popular in Hindi films in the 1970s while the protagonist was linked to the Devi in films such as Chingaari (2006) and the Tamil and Telugu films such as Ammoru (1995).

It is a shame that the film lacks suspense, the chudail plot being clear from the beginning, though the film mentions Sherlock, one of the three great Bengali detectives (albeit a Londoner), along with Byomkesh Bakshi and Feluda.

The outsider, often a representative of the modern state, encounters a non-modern or modernising India where the two seem irreconcilable. The person associated with the modern, often an agent of the state, is enchanted by the non-modern and its beauty; he may risk his life in this encounter (Khudito Pashan) or he may witness the end of this world (Bulbbul). Or in Postmaster, he shows that this world is insignificant and he must leave. Cinema, as the emblem of the modern, shows us the aesthetic charms of these other worlds, the power of the ghosts and chudails, but leaves us in no doubt which world we want to belong.