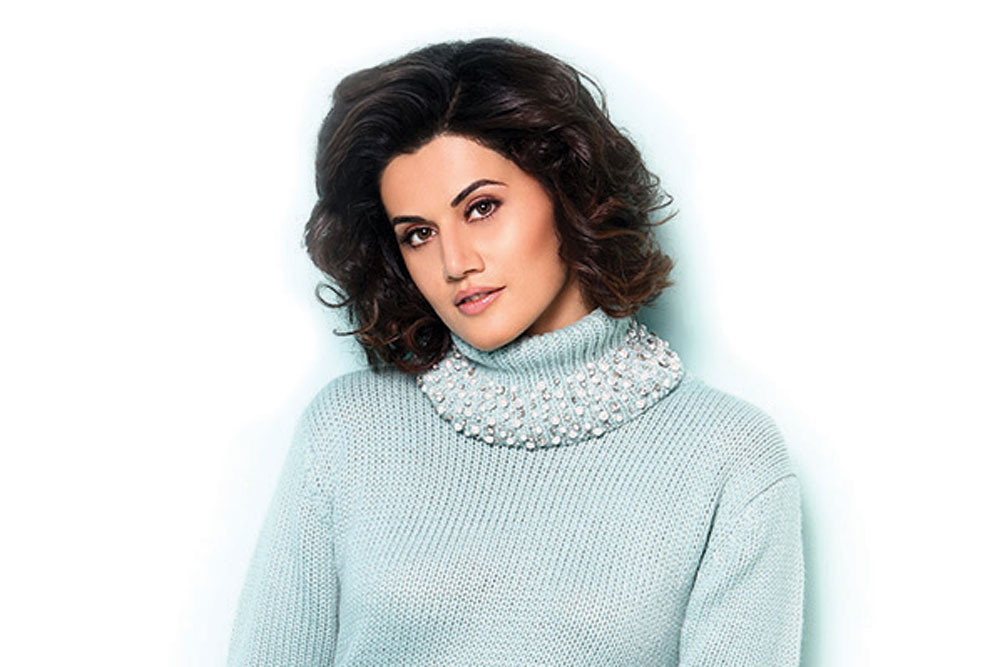 
Taapsee Pannu, who has been isolating in her Mumbai apartment with sister Shagun and sister-in-law and stylist Devki, took to social media to reveal which Bollywood heartthrob all three had a soft spot for. The actress put up an Instagram story earlier this week of Hrithik Roshan’s debut film Kaho Naa… Pyaar Hai playing on their television screen and wrote: ‘This house can’t get enough of @hrithikroshan so we start from the beginning.’ But it was Hrithik’s response to Taapsee that generated the most excitement online. The actor added her original post to his own Instagram story responding with two emojis and this line: ‘NOW THts a compliment! Made me smile’ (sic).

Mahesh Bhatt came out of a 20-year self-imposed exile from direction to helm Sadak 2, but very reliable sources within Bollywood reveal that the film has now been confirmed to go straight to streaming on the Hotstar platform. A sequel to the filmmaker’s 1991 hit starring daughter Pooja Bhatt and Sanjay Dutt will star the original pair and also Aditya Roy Kapur and younger daughter Alia.

Given Alia’s popularity at the box office, industry insiders are surprised that the Bhatts decided to skip a theatrical release and go directly to streaming, but producer Mukesh Bhatt has told friends that it did not make sense to wait indefinitely for a theatrical release window. Plus with the now Disney-owned Fox Star Studios being a producing partner on the film, there was some pressure to premiere the film on the Disney-owned Hotstar platform.

While Sadak 2 will be Alia’s next release, her other big film Brahmastra will likely not make its intended December 2020 release. The 27-year-old actress has two or three days of shoot left to complete and co-star Ranbir Kapoor has at least 12 days or so of work to finish on the project. A song featuring Ranbir was being planned for shoot in July, but the makers are waiting to see if they can go ahead with it under these restricted conditions.

Alia also has a fair bit of shoot left to complete on Sanjay Leela Bhansali’s film Gangubai Kathiawadi, which was originally slated for a Diwali release. The film’s production wrapped when the coronavirus pandemic hit, and sets are reportedly still standing, taking up costs dramatically.

The actress, sources close to her reveal, is trying to focus on family, boyfriend Ranbir and fitness. She is making every effort to not obsess over things like incomplete films and pending shooting—things she has no control over.

A brand new thriller series that’s all set to drop on a streaming platform shortly marks the comeback of a leading lady who’s been on an acting hiatus for some years now. There’s considerable buzz around the show because of the actress, but also because it’s been created by an advertising-turned-feature filmmaker whose last movie was both a commercial and critical hit.

Not many are aware though that the series was originally conceived as a feature, but it was shelved literally weeks before it was meant to begin filming. The aforementioned filmmaker had managed to rope in an A-list actress to take the lead in the film, but mounting disagreements over creative vision and, reportedly, her acting fee led to her last-minute exit.

Apparently, the film falling apart was both a financial and emotional blow to the famously sensitive filmmaker who took months to recover and move on. He put the film on the backburner and concentrated on other things, including a mythological-action series for a top streamer that also fell through at the last minute. It was another blow for the filmmaker who went into a shell.

When he returned to work, he decided to put this film back on the anvil, but recrafted it as an episodic series. He reached out to the reclusive actress who was on a break when he learnt she was a ‘sensitive soul’, not unlike himself. She jumped at the material, but also at having found a soft-spoken, compassionate filmmaker whose emotional wavelength she fully matched.