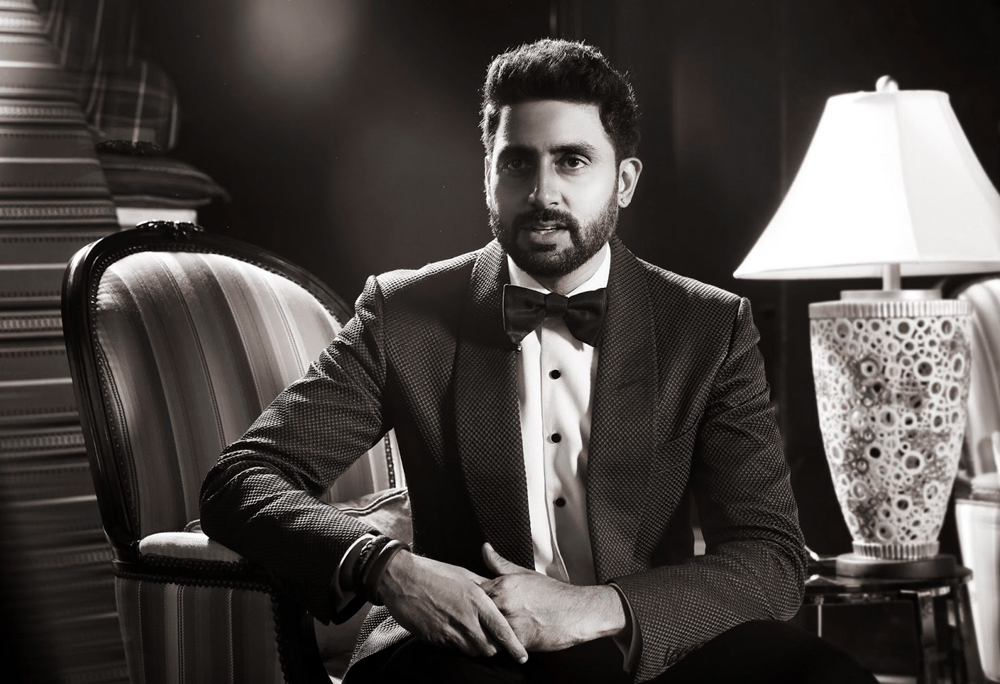 
As the lockdown eases across the country, film folk are slowly attempting to return to a life of normalcy. Abhishek Bachchan was spotted at a suburban post-production studio earlier this week, presumably to complete dubbing his scenes for either the Amazon Prime Video series Breathe, whose second season he stars in, or the Harshad Mehta biopic he recently wrapped that is expected to drop on a streaming platform in the weeks ahead. Wearing a precautionary mask, Abhishek was spotted leaving in his car a few hours after he arrived for the dub.

Meanwhile in Hyderabad, pre-wedding celebrations for actor Rana Daggubati and his entrepreneur-fiancée Miheeka Bajaj continue. The bride-to-be shared pictures of herself from a ceremony held over the weekend, but since Rana was not in the pictures, fans speculated that it was possibly a ‘bride’s’ side event. Only a little over a month ago, the couple shared photographs from their engagement ceremony and their families have revealed that the wedding could take place in August.

Roughly 25 per cent of his film still to be completed, Baahubali director SS Rajamouli could likely soon resume shooting of RRR in a phased manner. The film, which stars Telugu superstars Ram Charan and NTR Jr (aka Tarak), has twice shifted its release date and speculation is now rife whether it can make its January 2021 release. After wrapping schedules in Hyderabad, Vadodara and across locations in Bulgaria, this period saga was meant to be filming in full swing until production was halted on account of the coronavirus.

Ajay Devgn, who, according to rumours, is cast as a mentor figure to the freedom fighters that the two leading men play in this period saga, shot with the team in Hyderabad earlier this year. But Alia Bhatt, who also stars, hasn’t yet shot a day. The actress, whose shooting dates are divided between Sanjay Leela Bhansali’s still-under-production Gangubai Kathiawadi and RRR, is expected to complete both films once shooting resumes. Word coming from Hyderabad is that Rajamouli has agreed to do a two-day test shoot with minimal crew and all safety precautions in place. Based on that the filmmaker will decide if it is advisable to return to full-fledged filming immediately. There is some talk that the crew will move into Ramoji Rao Film City on the outskirts of Hyderabad if they decide to resume in full scale. Like RRR, the balance portions of Kaante director Sanjay Gupta’s unfinished gangster drama Mumbai Saga are also expected to be completed in the Ramoji Rao campus next month.

Laila Majnu stars Tripti Dimri and Avinash Tiwary, who star in Bulbbul, this week’s new release (on Netflix), are in especially good form playing bhabhi and dewar in an early 20th century tale of male entitlement, female oppression and a bloodthirsty witch. Dimri is especially lovely as a fragile (child) bride whose fate is decided by the men in her life. Big props also to director Anvita Dutt and producer siblings Anushka and Karnesh Sharma for gambling on relative newcomers (and ‘outsiders’) to topline the by-no-means-modest production that delivers a stinging feminist message with originality and flair.

Responding to reports that the annual 10-day Yulin dog meat festival has kicked off in China this week, actors Anushka Sharma and Kartik Aaryan took to social media to express outrage. Anushka asked on Instagram: ‘What will it take for them to learn?!’ Kartik, put up a picture of himself with two lovable mutts, adding the caption: ‘Har saal dil todte hain yeh Yulin Festival waale [Every year the folks at Yulin Festival break my heart].’ Both actors were praised for taking a stand and their posts were circulated widely.