Sofia Coppola’s new film is a father-daughter buddy movie. The director talks to Rajeev Masand about her departure from reflective character studies 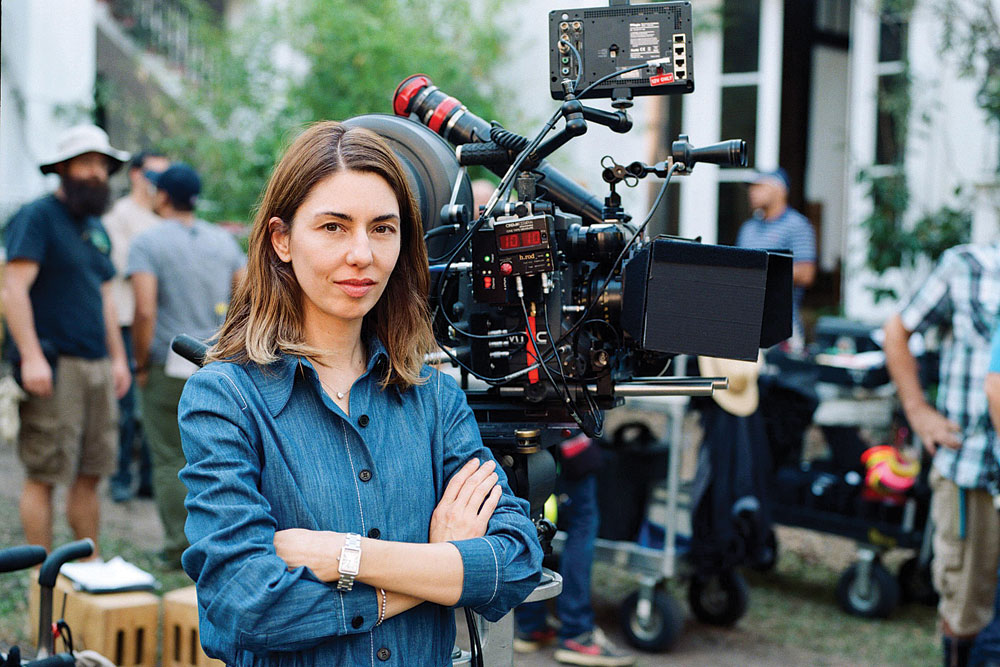 
It’s well after midnight for me here in India when Sofia Coppola connects, via Zoom, from her home in New York. Dressed in a crisp white shirt and sipping from a glass of what appears to be iced tea, she’s in no rush to talk shop. She apologises that the time difference means we have to do this so late my time. She enquires about my Star Wars fixation when she spots a Darth Vader figurine on the shelf behind me. And although I suspect she wouldn’t mind if I spent at least a few minutes of the time allocated for this interview talking about my favourite among the films she’s made (Somewhere, 2010), it seems only fair that we get on with the subject du jour–her seventh and latest film On The Rocks, which begins streaming globally on Apple TV+ from October 23rd.

For On The Rocks Coppola reunited with her Lost in Translation star Bill Murray whom she first directed 17 years ago. That film, a moody melancholic piece about two strangers who meet in a foreign land and find sanctuary in their brief encounter, won the then 32-year-old writer-director an Oscar for Best Original Screenplay.

It’s also regarded as a modern masterpiece of sorts; a smart, poignant film that captured the zeitgeist when it first came out, and one whose legion of fans continues to grow as younger generations discover it.

The new film is a departure from Coppola’s oeuvre of reflective character studies. It stars Rashida Jones as an author and mother of two young girls in New York who’s struggling to find her rhythm so she can bang out the new book she’s contracted to write. Preoccupied with the niggling suspicion that her husband (Marlon Wayans) may be having an affair with a colleague, she reluctantly allows her father (Murray), a charming playboy with devil-may-care charisma, to persuade her into spying on him. Before long father and daughter are reconnecting over drinks, discussing life and relationships, and setting off on car chases as they stalk her husband in search of the truth.


From as soon as the plot of the film was revealed there has been talk that the story is autobiographical, or at the least that Murray’s dashing, larger-than-life charmer Felix is based on her own father, the Oscar-winning legend Francis Ford Coppola. It’s a ‘charge’ that she admits to, but only in part. “There are moments, but the character is inspired as much by other people of my parents’ generation—my father-in-law, family friends, friends of my dad,” she says.

I was really glad to have Rashida and Bill do something in a more comedic tone, and they could put their more heartfelt, serious side in as well, says Sofia Coppola, director

She also accepts that the film is a change of pace from her style. “I was at a point in my life when I was looking to do something that was fun, but it still had to say something. And it had to be in my style,” she explains. The resulting effort is a film that examines how two different generations (and genders) look at love, relationships and marriage. It is structured like something of a father-daughter buddy movie and unfolds like an adventure of sorts in bars, restaurants and the busy streets of Manhattan. But there are moments of introspection, heartbreak and solitude that feel closer to Coppola’s signature. It’s a slick, stylish film about privileged folks and their problems, some might even say, but it seldom rings untrue. Excerpts from the conversation:

You’ve said that in your twenties you’d often sit down with your father and have conversations about life over a drink. It’s one of the things that inspired the relationship between Bill’s and Rashida’s characters in this film. Has your father seen the movie?

Yes, my dad saw it and appreciated it. He’s not a bon vivant in the way that the character is, but of course there are elements of him, and I think he appreciated the attention (laughs).

You’ve said Rashida’s character Laura is an extension of you.

Well, it’s not a self-portrait, but it’s a lot of little personal things I was thinking of.

That was one of the big things. Usually in my films there are feelings under the surface, things not said. But I wanted there to be more of a dialogue. I wanted the characters to be able to talk about their emotions and their feelings but without sounding corny. It was a challenge because it was new for me at the screenplay stage.

For the longest time you resisted working with Bill again for fear of tarnishing the affection people had for Lost in Translation. It’s a good thing you got over it because it’s hard to think of another actor who could play this character without him coming off as unlikeable. How does he do it?

He’s just a unique force of nature. But he has so much heart and sincerity so it helped a lot with the role, which can be complicated because anyone that’s very charming and charismatic usually has a dark too, and he was able to bring just so much joyfulness and heart. He’s so lovable; he’s just a unique creature.

How has your relationship with him changed since Lost in Translation?

It has, because I’d just met him during Lost in Translation and I was young and starting my career at the time. But now we know each other, and Bill has trust and respect for me as a work collaborator. So it was really fun because we just know each other better, and he and Rashida knew each other so we could all work together.

The scene where Bill and Rashida are tailing a cab in a noisy convertible is the one played for broad laughs—not something you do often in your films. Does straightforward comedy require you to apply a different muscle from the one you’re generally use?

Yes, definitely. I think you always want to push yourself and do something you haven’t done or you’re not as familiar with. So I was really glad to have Rashida and Bill help me with that, and to try and do something in a more comedic tone, but then that they could put their more heartfelt, serious side in as well.

I know it’s hard to shoot in cars but I couldn’t help it because it lent itself to the story. And it was fun to do the car chase. I kept talking about it as our action sequence—which it hardly is—but luckily I had a lot of help with that. And Bill’s a great driver, so that helped.

You only completed the film a few months ago. But it already makes one nostalgic for a world that we knew so well: for a time when people were in the streets going about their lives normally and bars were crowded and restaurants were busy. Does that hit hard? Does it feel like another lifetime?

Oh definitely. We only shot it last summer but it feels like a long time ago. And it makes me feel a little melancholic. I hope it’s nice for people to see it, and because we can’t travel and do these things now I hope it’s fun to be in New York with Bill and Rashida.