Sharmila Tagore: ‘I would have quit if not for Shashi Kapoor’

Sharmila Tagore on her co-star’s humility and compassion 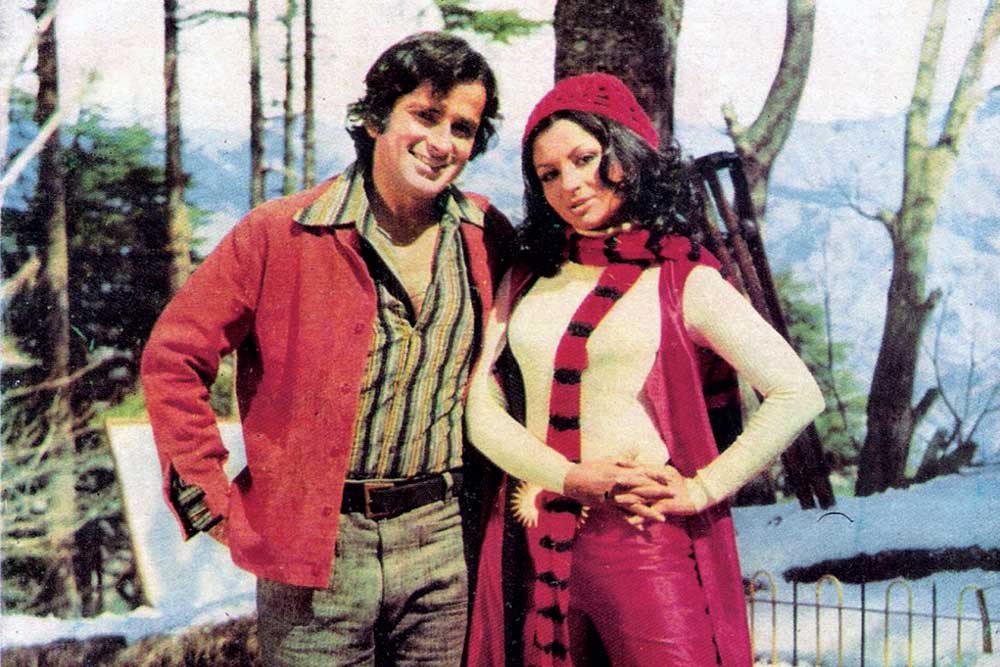 IF I START to narrate what I feel for Shashiji and the experiences we have shared together through so many films, it may turn into a book. There is so much that the world does not know about him. It’s because he never wanted to put himself out there. He’d always tell me, “Yeh commercial films toh temporary hote hain (These commercial films are temporary),” and at that time, I never understood what he meant. I was new and still trying to understand how the film world worked. But now I do. When I first met him more than 50 years back, I was just around 18. We were shooting for my film Kashmir ki Kali (1964) with Shammi Kapoor. As it is, I was very nervous because Shammiji too was a huge star at that point. But when I saw Shashi Kapoor, I couldn’t believe my eyes. He’d come with his wife Jennifer to visit Shammiji.

I almost forgot that we were shooting for a song and rushed to greet him. He was humble and the most handsome actor of his time. I couldn’t spend much time with him that afternoon, but from that day on, I’d always keep an eye out for him. I remember being reprimanded by our director Shakti Samanta because the minute he’d appear on set, I’d be eager to go say ‘Hi’. He was almost 10 years senior to me and I’d seen some of his films. He almost seemed like someone who you can never meet in person because he was so popular. But unlike most other heroes of his time, the popularity never affected him too much. Yes, he was always very keen on doing good work, but beyond that I always felt he couldn’t care less for the attention he got. When we were cast in Waqt (1965) together, I was still very new. I was just learning about acting, and frankly I was very worried if I would be able to match his charm.

There was a song sequence in the film on a boat. The song was very philosophical, but I had a very jovial character. So I was supposed to be the light-hearted girl in the song, whereas Shashiji was the serious one. But every time the director would say ‘cut’, the roles would reverse. He’d start joking and I’d keep thinking if I managed to do it right. The beautiful thing about him was that even if I goofed up, he’d take that and create something new out of it. That always surprised me. I remember once asking him how he was at so much ease in front of the camera, and he said to me, “I don’t remember there is a camera filming us most of the time. It’s a stage and there’s no scope of pausing on stage.” Our chemistry worked on screen because he was a thorough professional and would always make me feel comfortable.

During the 70s, we couldn’t say that about too many actors who were superstars because they had their own entourage and demands and ways of working. Shashiji wasn’t among them.

Despite being from the Kapoor family he was insistent on creating an identity of his own. He never once made me feel like he was part of a film legacy

Despite being from the Kapoor family, he was insistent on creating an identity and a space of his own. He never once made me feel like he was part of a film legacy, and I wasn’t in that sense. There was a time during one of our shoots when I had taken Saif along on set. He was a little baby and he’d insist on staying with Shashiji. So much so that during one of the scenes he’d crawled onto the set just to get his attention. He has that love and respect for Shashiji to date. I remember once I was having a very bad day and was on the verge of quitting one of the films we were in together. I was in the dressing room, about to have a meltdown, when Shashiji walked up to me and just jolted me back to reality. He said to me, “Don’t expect superior work out of all the filmmakers who cast you. There will be times when nothing that you read on script will be part of the film. But the work needs to go on. You cannot be dejected because we don’t have time for it.” He was straightforward and never tried to appease me just for the heck of it. I could go to him with a problem and by the end of the conversation I’d have forgotten that I was here to find answers to a question. He’d just open my mind up to the larger picture and then I’d be embarrassed about worrying over nothing.

What I was always amazed by is his undying love for his wife and family. There isn’t one conversation where he wouldn’t mention her. They would often have lunch together on set and I’d tell him she should have been the heroine and not me. “She is my heroine in real life. You are the actor. Don’t try to escape that responsibility,” he’d always tell me with a little wink. They both were extremely passionate about theatre, and that passion showed. Honestly, I was a bit envious about how two people could be so much in love. When I got engaged, he’d tease me about that too, but it was always in good humour.

There were very few individuals like him. Honest and always ready to help someone in need. The industry can make you very cruel and detached from the real world, but he always made sure he knew where his roots were. He was the one Kapoor who held up his father’s dream of continuing Prithvi Theatre.

It was disheartening to see him close down completely after Jennifer passed away. It was almost like someone had taken away his reason to live. I met him a few times after that, but I couldn’t really express myself to him. He wasn’t the Shashi Kapoor I’d known for so many years. I would always tell Kunal and Sanjana that they were blessed to have a father like him and they were doing the right thing by supporting his love for theatre. The only regret I have is I couldn’t share so much of my life with Shashiji because of his illness. But he would always be the co-actor who urged me to keep going. I would have quit long ago if not for him.