Shanker Raman: ‘I am interested in stories about nobodies’ 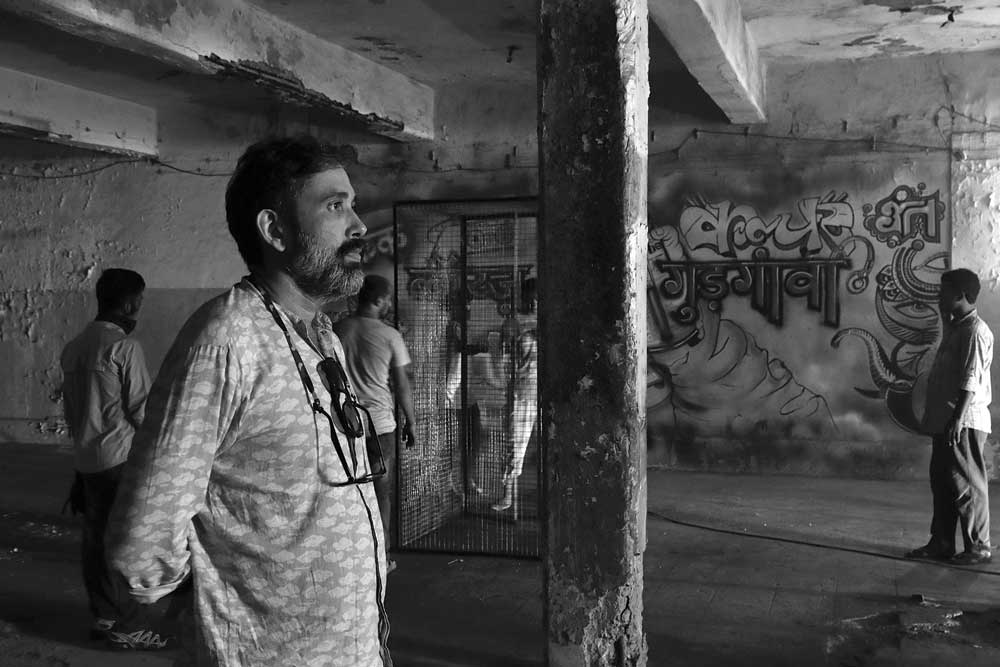 THERE ARE BROADLY two kinds of filmmakers. Those who tell a story and then those who tell a story exactly the way they want to. It’s often difficult, and sometimes impossible, to stick to the latter, given the demands of Bollywood. But there are those who’ve stuck to their guns. Shanker Raman is one of them.

The cinematographer, screenplay writer and now National Film Award- winning director’s journey has been an arduous one. Not only because of the political opinion of his films, but also because of their lack of star power. Sitting in his Versova office talking about Gurgaon, his first film as director, Raman looks relieved and feels a sense of completion with this one. “When you have a film that’s totally unreasonable in terms of it having an unconventional story and no famous actors, you end up feeling like you are on your own. And for a film like that to reach its release mark is a fight well won and I’m happy we got here,” says Raman.

It has taken Raman a few years to complete Gurgaon, after it was picked for co-production at the National Film Development Corp lab. A noir thriller about criminality in a rough belt south of Delhi, the film questions the gender politics of powerful families in north India. Raman’s film highlights how girls are discriminated against through a strong yet subtle narrative. It’s the story of a brother-sister rivalry that leaves you uncomfortable about some of the grim realities we live with every day and do nothing about. “I made Gurgaon because I was interested in exploring where entitlement came from, and in a patriarchal society how men and women deal differently with disempowerment. Most men are not in control of their power, and most women excel at it, and we don’t acknowledge it because we don’t see it like that,” says Raman.

Clearly, Raman’s story is driven by a personal need to question certain societal norms through the medium of cinema. He started his journey with Frozen in 2007 as a cinematographer and writer, and has been part of seven feature films since. Frozen was the story of a family in the Himalayas that is almost torn apart by the chaos created by the armed forces which close in on their home. The film was shot entirely in black and white, and won him the National award for Best Cinematography that year.

Raman, 42, felt a passion for these films, personally and professionally. “When I started my career as a cinematographer, I was just happy I was being given a chance to pick up the camera and shoot. One couldn’t afford to think beyond that. But I was drawn to these films not just because of the films themselves, but also the integrity of the people [involved]. Genre is not critical for me even if it is an out-and-out commercial film that we are invested in,” says Raman, who helmed various aspects of the films.

Tragedy cannot be a blanket thing in a film. Storytelling is all about where you stand and where you want to tell your story from

His frames are often vast and silent and hold onto a moment or anticipate one. They make you restless and curious. The stories are often tragic, and Raman has his own way to communicate that tragedy. “In Harud, when a mother is looking for her missing son, asking if he is alive or dead just so she can get some closure, that is tragic for me. She becomes the protagonist for me. She is a heroic figure. Tragedy cannot be a blanket thing in a film. Storytelling is all about where you stand and where you want to tell your story from. In that case, the camera is just a device,” he says.

His opinions and liberal outlook stem from his years in Delhi, where as a child he felt empathetic towards anyone not getting their due. A regular South Indian boy growing up in a North Indian neighbourhood, Raman learnt early to question discrimination. The ‘Brahminical’ view of life is something he never subscribed to. “As a kid, I was the classic insider wanting to be an outsider. Very specific situations would make me restless. Like there would be separate glasses for the help and I would wonder why and I would always argue with my mother about it. I related to those who according to me were disempowered. Any time I felt someone is not getting their due, I would identify with that. I was a privileged boy, but thankfully not blinded by it,” says Raman.

As a child he didn’t have a sense of an image as something that could be created but one that he could relate to or watch. “I remember always being deeply moved by situations or visuals where someone experiences a sense of loss,” he says. The anti-Sikh riots which he witnessed as a 12-year-old affected him greatly. He says, “We had three Sikh families living around us and we were very close to one of them. I watched colour TV, I started eating non-vegetarian food in their home. They were like my parents. Overnight, things got so bad for them. My friend’s mother had cut off his hair. I couldn’t intellectually fathom the purpose of the violence, but I felt it. I wish I could have done something about it. I retained it and I still live with it.” Eventually he ended up writing a film about this experience called My Brother the Salesman, and I. The horrors of 1984 made Raman realise that we are all on our own.

He took up photography at St Stephen’s College, where he understood his visual language better. After graduating from the Film and Television Institute of India, storytelling became about transformation for him. “Empathy towards others, to connect with others freely, to create a conversation that would matter to someone—these are the things that brought me a sense of purpose,” he says.

He shot short films, documentaries, ad films and eventually ended up with feature work, which for him has been more about quality than quantity. His directorial debut Gurgaon digs deep into the dark nature of humankind and questions the causes we fight for.

Untold stories inspire him. “If you look at the greatest of revolutions, they have happened at the grassroot level. You have heard about Gandhi, Sarojini Naidu, Martin Luther King, Helen Keller, but you have not heard about my mother, I may not have heard about your mother. They are people who stood for things. They may have profoundly navigated their circumstances. I am interested in those stories, in extracting as many stories as possible about regular, normal people, about nobodies.”

His choice of subjects is both relevant and important, and that is what makes him a filmmaker to watch out for. He already has two other films as writer- director in the pipeline, one of which is about the anti-Sikh riots of 1984, and the other called The Trappers Snare, which he considers his dream project. Set in Sri Lanka during the civil war, this coming-of-age story is about the young son of a bird trapper. “The film is a meditation on life, suffering, pain and how the pain continues after life is long gone,” says Raman. “It deals with the ultimate truth.”