Sean Baker: ‘I don’t think films can be born out of computer screens’

Sean Baker’s The Florida Project is an inspiring slice-of-life tale. The American filmmaker tells Divya Unny about his unusual subjects and methods 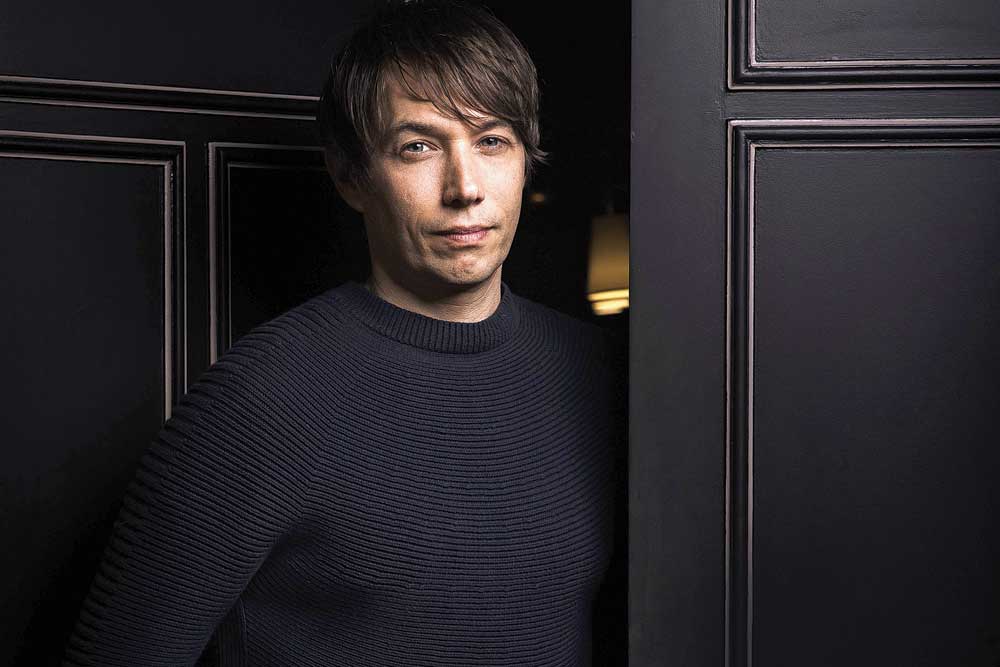 I WATCHED SEAN Baker’s latest film The Florida Project (2017) on a palm-sized monitor in between an eight-hour flight from Paris to Mumbai. By the end of that film, all I wanted to do was extend my hand and touch the clouds that my aeroplane was passing through. If there was a way of capturing the magic of life, despite its often extreme and often mundane nature, Baker has learnt to do it just right. As The New York Times noted in its review of The Florida Project, ‘This movie accomplishes something almost miraculous—two things, actually. It casts a spell and tells the truth,’ by telling its young heroine’s story from two points of view at once. The movie went on to gather a slew of awards, including an Oscar nomination for Best Performance by an Actor in a Supporting Role for Willem Dafoe.

For those of you who aren’t familiar with his cinema, Baker is a highly regarded name within independent cinema in Hollywood today. When he shot his fifth film Tangerine (2015) on an iPhone 5s, he broke new ground in the world of feature filmmaking. Here was a director who had already made four films, was extremely popular for his unusual choice of subjects, treatment of stories and shooting style, someone with a record of breaking away from the norm. And now he was shooting an entire film on a device that could be held in one’s palm.

We meet a wide-eyed Baker for an interview at the Mumbai Film Festival (MAMI). He is pleasantly surprised to see the number of young cinema lovers queuing up to watch independent films at the festival. “I haven’t seen this kind of crowds anywhere for films. No wonder they call India just a movie hub,” he says.

This is your first time in India, a country whose film culture is very different from yours. Have you had a chance to watch any Indian films as part of the festival?

Not yet, but there has been so much I have been watching and trying to grasp ever since I’ve landed, that it’s really been no less than a little film. I’ve been meaning to come here for a long time and it’s almost like experiencing something you have been imagining for so many years. The sounds, the smells, the food, the people, the colours, it’s all very striking and new. I’ve gained a few pounds and that’s not such a bad thing. Other thing I have noticed is that, like many of my films that are based out of communities, India— and Mumbai specifically—is very driven by the idea of communities. There are ghettos and people working within them to live and thrive together, and that’s inspiring. I remember going to watch Bollywood films during my days in NYU [New York University] and being completely taken by the scale at which they have been made. But now, I have been trying to catch up on independent Indian films, especially the ones that have made an impact within festivals internationally.

You shot your film Tangerine on an iPhone at a time when filmmakers from all parts of the world were using high-end cameras to tell their stories. What prompted that choice?

To say that it was a creative choice and not a financial one would be a lie. But the point is to take what you can afford to use, and turn it into something worthwhile. I was shooting Tangerine in an area in Los Angeles that was infamous for being a red-light district. I was shooting with non-actors and transgenders. I was working with a community of first-timers who would freeze if we’d stick a big camera to their faces. Shooting on the iPhone, it was amazing to see how it stripped away all intimidation. It worked for the story, the camera became part of their world, it became a character in the story. I would never make a choice that creatively affects my film to save money, but the iPhone was a practical, smart and creative choice that gave us exactly what we wanted.

I would never make a choice that creatively affects my film to save money, but iPhone was a practical, smart and creative choice that gave us exactly what we wanted – Sean Baker

You tell stories of ordinary people in extraordinary situations. You choose characters who live tough lives and are struggling to survive purely thanks to their socio-political milieu. Why so?

When I was in film school in NYU, all I wanted to do was make films like Die Hard. Larger-than-life cinema was my go-to place. But it was when I was introduced to the French new wave and the Italian new wave, I realised that cinema comes from people like you and me. I can come down to India, be fascinated with a bunch of sex-workers here and make a film about their lives. You may see them as different because they don’t belong to the [same] social milieu. But a peek into their worlds is all you need to see that they dream the same dream as you and me. My protagonist in The Florida Project is a nine-year-old girl living in a motel behind Disneyland with her mother who prostitutes herself for money. Now that’s not the most ideal scenario, but her world fascinates me. I threw so much colour into her world, despite the fact that she’s in an extreme situation, to depict her hopes. Only cinema can help us imagine to this extent, and to tell a slice-of-life tale that eventually will inspire you.

In India and the world over, many young filmmakers make films on bare minimum budgets. You, too, do not believe in extravagance. What’s your advice to them?

I made my first film four years after passing out of college for $50,000. And those days, you won’t even think of shooting digital. You always thought of film as 35 mm. It was the money I made by directing an ad film, and I put it all into the feature. It’s less about the money and more about how much you’re willing to invest [in] a film that you want made. I want to tell young filmmakers out there that the time you spend in between films will be the most unsettling time of your life. Wondering if you’ll ever do it again, if you’ll ever find financing again, if you will ever hold a camera again. It’s really both wonderful and tragic at the same time. You put your heart and soul into films, they are your babies, and the funny thing is you’re not even sure how long this journey will last. So better to take it one step at a time and make sure you don’t indulge in areas you don’t need to. There is a lot of waste in the industry anyway, so no reason to be splurging, especially when I’m making films about people living with very little means.

You’re popular for your no-script, no- structure approach. Is it true that you barely have anything on paper till you start shooting?

I don’t think films can be born out of computer screens. If I choose a space to tell my story in, I will only find my story if I live the lives of the people in that space. It’s what I did with every film of mine, be it Prince of Broadway (2008), Tangerine or The Florida Project. I’d speak to the people, spend hours and days with them, take in their anecdotes, memorise their mannerisms, relive their conflicts and then go down to write my story. Like for Tangerine, at the end of the night, I would go home laughing after talking to two transgender women who have opened their lives out to me. I’d head back and then realise that these are tragic stories, stories of heartache, yet they were delivered to me with a smile and a laugh. The least I could do is tell this story to the world. I often use humour to bind my characters to their conflicts. Humour makes people humane, and it invites an audience because they immediately identify with the characters.

When I was introduced to the French New Wave and Italian New Wave, I realised that cinema comes from people like you an me – Sean Baker

Does that work with children too? Your child protagonist in The Florida Project became a darling among people for how funny she was.

She was funny, sure, but she was a kid that the entire crew took so much from. Her attitude, her demeanour, simply how professional she was. Children are instinctive, and they are a lot better actors than adults. But Moonee (played by Brooklynn Prince) wasn’t just acting. She would almost perform like she was on a stage. Unafraid. The scene where she breaks down was supposed to be one single take. She did a fabulous job and then we set up for a wide shot. When I called action, I saw that she was crying again. With the same passion, same intensity. It was surreal to work with a child who was that organic with her performance.

Your stories could be set anywhere, but yet are very universal. Would you ever choose to just pack your bag and go explore a new community, a new life for a film?

When I was younger, I think I had more of a mind to be able to move from one world to another without being held back. I’ve made a film about immigrants, about sex workers on the streets of LA, about children living the Disney dream outside a shady motel. Yes, these have all been inspired by real people, in real situations. To tell a universal story set in a unique community increases the empathy level with the audience. Stories of parenthood, infidelity, friendship. You and I share very different worlds, but are familiar and have lived these subjects in our lives. So I can then communicate with an audience member living a thousand miles away from me and he understands my language even if he doesn’t know me. That’s the strength of choosing a universal story. I don’t want to hit the audience on the head with statistics and facts and even text. You can go home and google all of that after the film. But hopefully the movie inspires you to do so. If you are smiling with the characters and walk in their shoes for that moment, I think that’s lovely.

Would you ever base a film in India?

For that, I have to come live here. Eat the food you eat and breathe the air you breathe. Maybe someday I will have the courage and the mind to live a new life like this and tell a story about people here. That’s what cinema allows you to do.