Medical dramas are a staple in the West, with words like tracheostomy and embolism bandied about like earthy abuse in an Anurag Kashyap movie. They also require great camaraderie with the screen staff being able to play off against each other like real-life doctors and nurses. India hasn’t done much right in this area. So, it’s good to see Mumbai Diaries 26/11 on Amazon Prime Video against the backdrop of the 2008 siege of Mumbai. Konkona Sen Sharma, who is brilliant as usual as the enigmatic social services director at the hospital, says the cast had a 12-day workshop where they learnt basic procedures so they could get comfortable around scalpels and sutures. Invariably, they would also hang out in a designated area on the hospital set rather than in their vanity vans. “It was at the height of the protests against the Citizenship Amendment Act. So, we had some lively discussions around it,” she says. With Prakash Belawadi, Mohit Raina and Shreya Dhanwanthary, the web series chronicles the critical hours in a city hospital when terror strikes Mumbai, intercutting scenes of chests being stitched to people being systematically blown up in the ‘Palace Hotel’. The city hospital is a reality check: with patients on the floor, fully-occupied ICUs, medical supplies in acute shortage and doctors straining to stay sane. Nikkhil Advani, the showrunner, says he wanted the smell of formaldehyde and urine to hit the actors the minute they entered the set—it’s a triumph that it manages to reach the audience as well. Its contrast to the tony Palace Hotel where swish guests are unaware of the terror in their midst is particularly startling, showing Mumbai’s great divide but also how it comes together in what is perennially described as the “Mumbai spirit”. “What choice do we have,” asks Konkona, “except to get up and get going again?”

Playing politicians onscreen is a tricky business. Not only are their lives well documented but also their admirers are ready to take offence at the slightest provocation. This is a party-agnostic phenomenon. Mani Ratnam had to show Bombay (1995) to Bal Thackeray before it was released in Mumbai. There were protests when Shyam Benegal’s Netaji Subhas Chandra Bose: The Forgotten Hero (2005) showed the leader having a wife (or two). Indian Summer, a film Joe Wright was to direct in 2009 based on the Jawaharlal Nehru and Edwina Mountbatten relationship, was not allowed clearance with the director citing “creative differences” with the Indian Government. But not everyone is so sensitive. Fortunately for moviegoers, the lives and loves of MG Ramachandran (MGR) and M Karunanidhi are too well documented to be refuted anymore. So, it’s proving to be a treasure trove for writers. AL Vijay’s Thalaivi treads on familiar ground, showing the evolution of J Jayalalithaa from Ammu to Amma, under the tutelage of MGR, with all their clashes as well as reconciliations. It is difficult to top Mohanlal as Anandan/MGR in Mani Ratnam’s Iruvar (1997), but Arvind Swamy is alternately charming and canny in Thalaivi, nailing his film-within-film scenes with ease. He captures MGR’s naïve desire to do good as well as his eventual rise to stardom in cinema and politics. Nasser as Karunanidhi is disappointing, let down by a script that portrays him as a B-grade villain instead of the brilliant but cynical poet, so beautifully captured by Prakash Raj, in what was perhaps his finest performance, in Iruvar. “Yeh nautanki nahin, make-up lagaya aur shuru ho gaye (Politics is not theatre where all you have to do is put on make-up),” says Nasser of MGR’s character at one point. Indeed, inhabiting a real-life character requires more than mere mimicry and make-up.

Radhika Apte, once synonymous with Netflix, has been away from our screens for a while. But she’ll be back soon with three releases, beginning with Forensic, a thriller with Vikrant Massey. Then she has Monica, O My Darling with Rajkummar Rao and Huma Qureshi as well as Mrs Undercover. The actor was last seen in Ok Computer, Anand Gandhi’s series on a world taken over by robots, and the movie, A Call to Spy (2019), where she played the Indian-origin spy Noor Inayat Khan.

Aishwarya Sonar, who gets to play a role in Russo Brothers’ The Gray Man for Netflix, got it through a self-tape, increasingly in use in a more global world. The actress, who began in the Marathi film, Kay Re Rascalaa (2017), is also headlining a short film, Sulochana, the story of a woman who visits her daughter in the US, directed by Mragendra Singh. The film will be screened at the forthcoming Chicago South Asian Film Festival. 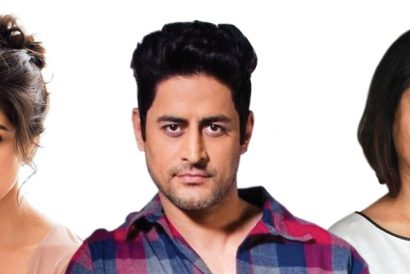 Mohit Raina, the actor he has become