Sanal Kumar Sasidharan: ‘Unless you are ready to talk, you are part of the problem’

The audacity of his art is matched by the controversy he courts. It’s the title of his new film that comes in the way of its commercial release. The award-winning filmmaker Sanal Kumar Sasidharan is in no mood to compromise 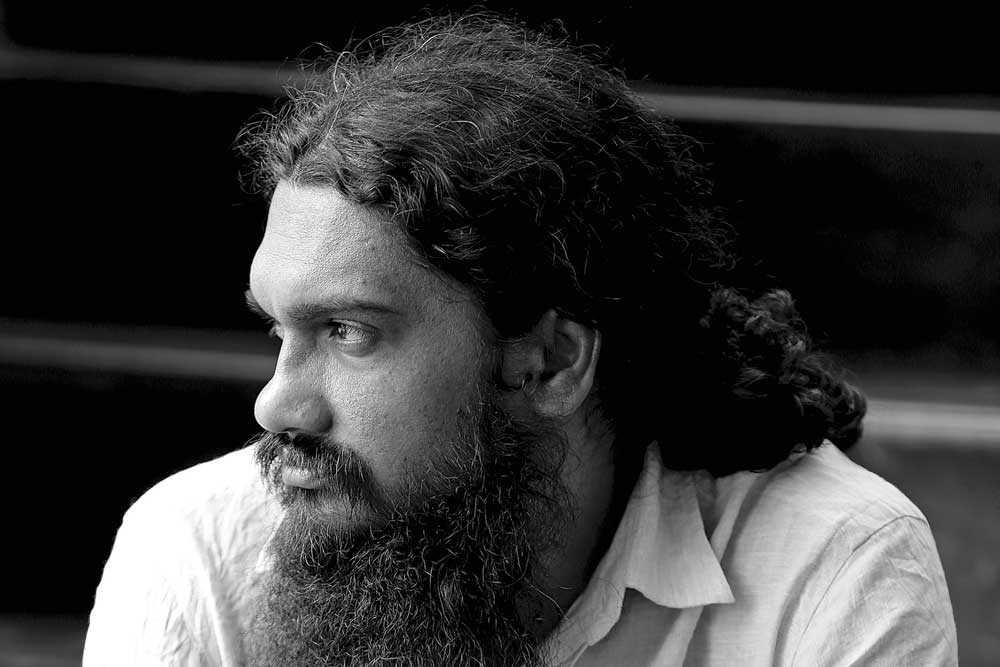 AS THE THEATRE, at the India Habitat Centre, Delhi, plunges into darkness, sounds, emanating from the screen, start playing games on your mind. The ticking of the clock amplifies into an unearthly echo, while the screeches of traffic evoke the snarls of a beast. This sets the tone for the dark narrative underlying the Malayalam film S Durga, and you know that you are in for a deeply unsettling experience. The visuals alternate between that of a young couple—Kabeer and Durga— eloping in the dead of night, and those of the garudan thookkam ritual being performed in one of Kerala’s temples. The pace of the movie changes rapidly as the night thickens. The couple has a nightmarish encounter on the highway with a group of men, who offer them a ride and subject Durga to vapid emotional harassment. In the meanwhile, the rituals at the temple reach a crescendo, with men dressed as Garuda piercing themselves with metal shafts, all in the name of venerating the goddess.

As one moves in and out of these parallel stories, the lines between the two begin to blur. The participants of the garudan thookkam seem to become less human, as do the men in the white Omni. The film poses a scathing commentary on the emotional and physical abuse faced by women today on the streets. It is also a social comment on our deeply hypocritical society. ‘We worship Durga and Kali till they are safely on a pedestal. If they come off, all bets are off,’ writes film critic Shubhra Gupta in her review. The film leaves you disturbed, distressed and distraught. ‘[S Durga] turns us, the viewers, into helpless voyeurs, horrified participants, and furious citizens, all at once. But watch we must, because like all the best ‘road movies’, it leaves learnings in its wake. Are we awake?’ she writes.

The movie ends with the final acts of the garudan thookkam, leaving you to wonder what happened to the real-life Durga, sitting at the back of the Omni van. And that, perhaps, is the most powerful aspect about the film—its open-endedness. “I thought that was the most devilish part about it, that actually nothing happens. But it leaves your mind to form its own conclusions and imagine scenarios, which is what happens in our society. We jump to our own conclusions,” says Vidyun Singh, director, programmes, Habitat World.

It is this compelling narrative that prompted her to include S Durga as part of the 13th edition of the Habitat Film Festival, alongside other thought-provoking films such as Drishtikone (Bengali), Village Rockstars (Assamese), Ajji (Hindi), Vikram Vedha (Tamil) and Aran (Tamil). “There are certain films which make statements about issues that are very real and need to be addressed. S Durga is certainly one of them. This film has been generating a lot of dialogue, but has never been screened in Delhi. We wanted to change that,” she says.

I don’t make films to entertain. It needs to provoke and make you think. If the title or the subject of a film is a problem, then we should sit and talk about it

Also present at the screening was the film’s director, Sanal Kumar Sasidharan, who has been struggling to have S Durga shown since last November. The film stirred up a whirlwind of controversy with its original title, Sexy Durga, so much so that it was removed from the Panorama section of the 48th International Film Festival of India, held in Goa. This led to the resignation of filmmaker Sujoy Ghosh as the jury chief, and also prompted a huge debate about artistic freedom. Incensed by the removal of the film, Sasidharan took the legal route by filing a case against the Directorate of Film Festivals and the Union Ministry of Information and Broadcasting. The film was also denied a censor exemption for screening at the Mumbai International Film Festival in 2017, with it eventually being shown after a change in its title and 21 audio mutes.

Reacting to allegations that the title Sexy Durga hurts religious sentiments, Sasidharan also wrote an open letter to Prime Minister Narendra Modi, stating that his objective was only to question why a woman, worshipped as a mother, devi and the divine Durga, was treated on the streets as a sexual object. He further addressed allegations that the film incited violence. ‘There is not even a single incident of breaking law and order and religious sentiments, which were the primary arguments of your ministry to block the film. When the film is running in theatres peacefully, it is proven that all those allegations were baseless,’ he wrote.

When we meet, I ask Sasidharan to rewind a little. What made him draw parallels between goddess-worshipping masses and silent onlookers to abuse? “The idea had been in my mind for years. One keeps reading about sexual offences in newspapers and the protests that these trigger,” he says. One of the incidents, which led to him making S Durga was the 2012 Nirbhaya case. At first, he thought of basing the film on the incident. “But I don’t make films based on exact scripts. I thought of using the idea and basing the movie around the hypocrisy of the male-dominated society. When sexual offences take place, on one hand, we express outrage, and on the other hand, we start talking about why the lady was wearing a particular kind of dress or why was she out at a certain time of the night. Why this duality?” he asks.

By making films such as these, he is blaming himself too. He too might have expressed his anger on a Facebook post, but what after that—does a mere social media post lead to anything? However, S Durga, is more than just a film about sexual harassment. It also deals with power dynamics between different classes of society and between genders. “My mother also tells me that I must respect my father more than I respect her. That’s the problem—this idea of the father-god. Even I am not free from this mindset, but it constantly weighs on my mind,” says the 41-year-old filmmaker.

When sexual offences take place, on one hand, we express outrage, and on the other hand, we start talking about why the lady was wearing a particular kind of dress. Why this duality?

Sasidharan feels that what has ensued in the past couple of months has brought the message of the film even closer—the hypocrisy that he had been trying to show on screen has played out in real life. A film that won numerous international accolades, such as the Hivos Tiger Award at the Rotterdam International Film Festival, hasn’t even got a widespread release in India. How has that affected him as a person? “I have gone through a hard time, but have enjoyed every bit of it as well. Experiences are rare, and unique experiences even more so,” he says with a laugh. The events have made him introspect, resulting in another film, which roughly translates to Death of Insane. It draws provocations from what happened to S Durga. “When I was at IFFI, some people from the ministry would express support for me in private. These were good people, but they kept their voices low and covered. It is these people who are the real problem as they never raise their voices, and as a result the issues strengthen,” he says. Sasidharan admits that this won’t be an easy film to watch or to promote. “But I don’t make films to entertain or for enjoyment. It needs to provoke and make you think. If the title or the subject is a problem, then we should sit and talk about it. Unless you are ready to talk, you are part of the problem,” he says.

For Sasidharan, filmmaking hasn’t been a natural progression. He still can’t fathom why he is so fond of the medium. It can perhaps be traced back to his childhood. Born and brought up in the village of Perumkadavila in Kerala’s Thiruvananthapuram district, he says, “During my early childhood, my father would take me to the local theatre every Friday to watch films. It was this that led me to dream of being a filmmaker.” Later, Sasidharan and his buddies would collect small film strips from there and hold a screening at an unused building owned by a friend’s family, using a bulb and torch. But after completing a degree in zoology, when he expressed a desire to take up filmmaking as a career, his father vehemently opposed it. “He was worried that I might lose my way. He said, ‘Go if you want, but don’t ever come back’,” he says. Deflated by this, Sasidharan took up law. But that urge to make movies didn’t let him rest easy, and he tried to get into the industry as an assistant director. However, he met with opposition there too. “People had such preconceived notions. They would say, ‘You are a lawyer, why do you want to make films?’” he recounts. Sasidharan finally got a breakthrough in 2000 when he got a job as an art assistant for the Malayalam film, Mankolangal. In 2014, he produced his first full-length feature, Oraalppokkam, which focused on a man-woman relationship, with the Kedarnath flash floods as the background. Power and gender imbalances are often the fulcrum of his films. “I wasn’t intending to make these kinds of movies,” he says, “Sometimes I also wonder, why do these subjects come to me again and again?”

In the meanwhile, he has inspired young indie filmmakers to come up with creative ways of showcasing films, which is by crowdsourcing screenings. When exhibitors and distributors began to stall screenings of his film, Sasidharan put out Facebook posts, urging people to gather in groups of at least 100 and organise viewings in their neighbourhoods. He would then use this advance payment to rent a cinema hall for S Durga, thereby empowering the audience with an active role in the screening of a film. Crowdsourcing is an integral part of his filmmaking process. In 2001, he formed a film society with likeminded colleagues called Kazhcha Chalachithra Vedi to encourage independent cinema through crowdfunding. His three short films and first feature also came about a result of that. “If you truly want to support [good cinema], come out in the open. Some of these groups of hundred which wanted to screen S Durga have now become film societies. They want to debate films, make movies. It’s heartening to see that,” says Sasidharan. 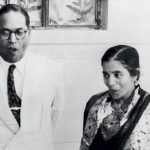