The film is an absorbingly nostalgic film for a pre-digital age, when the human factor was so crucial to success or failure 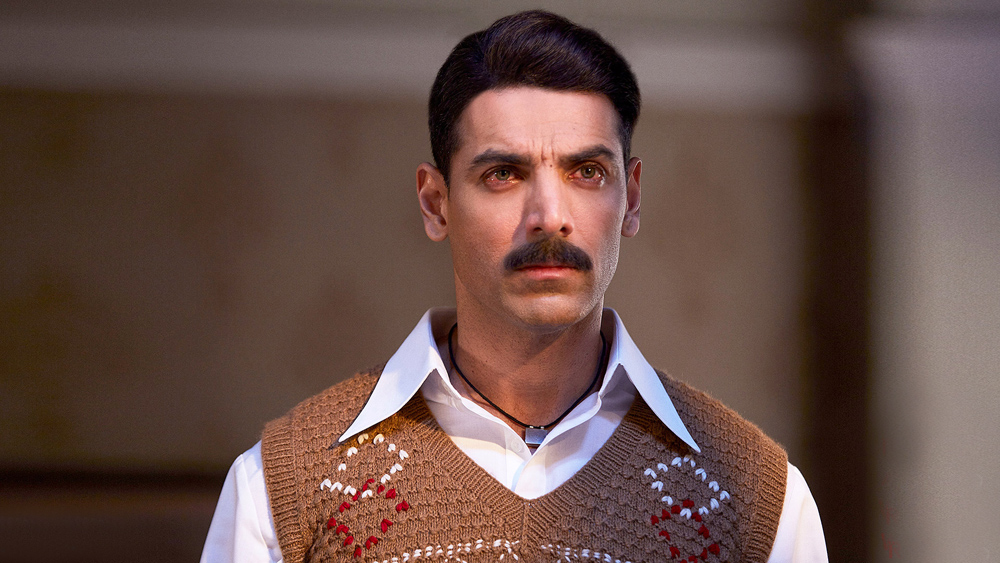 This is a slow and thoughtful film about politics and history, which does not wear patriotism on its sleeve. It says that the gathering of intelligence is the most important part of military strategy, but adds that the men and women who do that discreet data collection are entirely dispensable. As soon as the vital information has been passed on, the agent, or spy if you will, is a liability, and the mother country would rather do without that person’s existence in her records of soldiers, dead or missing.

Set in South Asia, between the period of the genocide in East Pakistan and the war that followed it in 1971, the title of the movie refers to the RAW deal given to these agents. When our protagonist (played by John Abraham) is a bank clerk and part-time theatre actor in India, he is Romeo Ali, when hired by Indian Intelligence to spy on military plans in Karachi, he is Akbar Malik, and when accepted by the establishment in Pakistan as a bonafide military man on their side, he is Major Walter Khan.

The set designs and costumes of this period piece is worked on with skill. Mr. Abraham, who dons these aliases, looks nice in a knitted sweater and side parted hair, Vinod Khanna style, while in India; a handsome Shalwar Kameez while working for a politician in Pakistan; and in natty shades with well fitting trousers and shirt as a Pakistani military man on a mission in Nepal. His old flame, Parul (Mouni Roy), a diplomat at the Indian High Commission in Karachi, stationed there in the name of Shraddha Sharma, is always elegant in a beautiful collection of Saris, which she changes frequently. When discovered, in flagrante delicto, with Akbar Malik, she applies for diplomatic immunity. That saves her career, and a possible incarceration in a Pakistani jail, but still provides her with no immunity from John Abraham’s charm.

The attempt of the writers and director of ‘Romeo Akbar Walter’ is to provide a verisimilitude in look, a believability in the historicity of the events, and an authenticity of the conversations that people of the sub-continent had in those days. And in all these aspects of film production, the movie is successful. In the process, however, the pace of the film slows down. The plot takes a long time to build up, and an even longer time to unravel. Ambience alone, unfortunately, is unable to sustain an audience for so long.

Basically, the military intelligence gleaned by Akbar Malik is a plan by the Pakistan Air Force to bomb Badlipur, in the Eastern half of their own country, to knock out a facility where the Indian army are supposedly training and arming the ‘Mukti Bahini’, the insurgents fighting the Pakistan army for the independence of Bangladesh. The date of this expected strike is crucial. Once RAW is aware of this, the Indian army, and the insurgents they are training, can be alerted and cleared out of the area.

The audience has understood the importance of the dates in the middle of the movie, but the movie moves at a snail’s pace, and by the time we get to the action, we have lost the thread and urgency of the matter.

Still, the film has a certain quietness that comes as a relief from the loudness of the military propaganda that we have been bombarded with recently. It is also a movie that suggests espionage to be a double edged sword that could cut both ways in terms of military advantage. Positing the uncertainties of conflict, and demonstrating the role luck plays in tipping the balance either way, ‘Romeo Akbar Walter’ is an absorbingly nostalgic film for a pre-digital age, when the human factor was so crucial to success or failure.