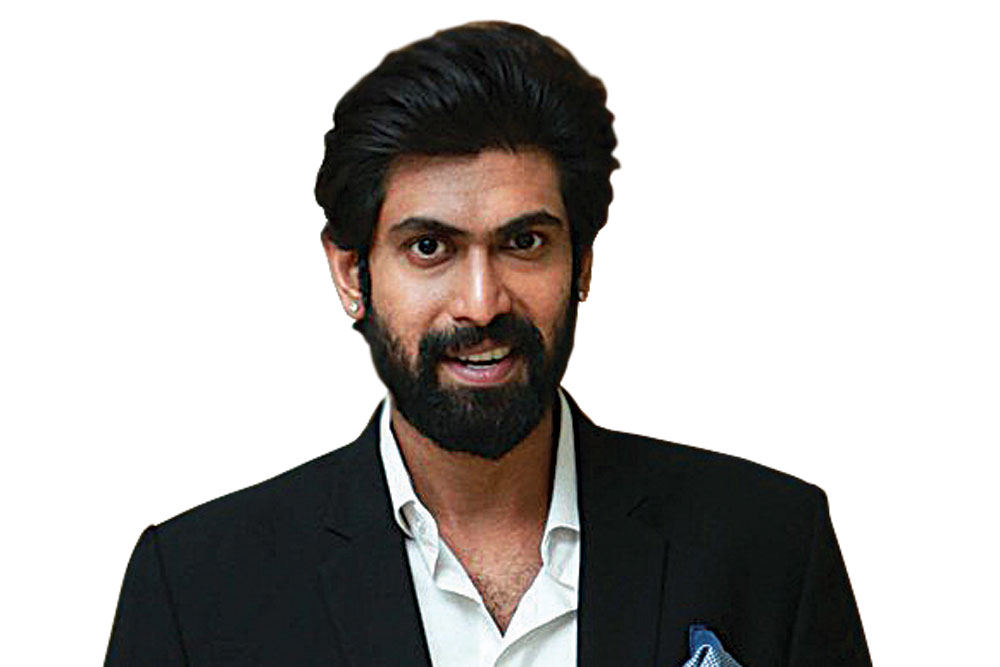 
Rana Daggubati has found a new passion project. The 35-year-old star of Baahubali is launching a YouTube channel called South Bay that will serve as a platform for new fiction and non-fiction, long and short-format digital content including talk shows, independent music, animation films, news programmes for a millennial audience, and both scripted and unscripted films and series.

Rana has been a disruptor of sorts. He belongs to one of the oldest and most respected film families in Hyderabad so it was inevitable he’d find his way into the movies—except it was animation and technology that interested him long before he decided to face the camera. He produced a National Award-winning film, supervised production on projects bankrolled by his family banner and frequently involved himself with their marketing and release. With South Bay he ventures into digital content creation, and he’s aware it’s a competitive market. “I think a lot of the streaming platforms are focusing on local content. My idea behind South Bay is to find a way to take the local to a global stage,” he explains, adding that on one of the shows that will be available at launch time we’ll watch a group of Malaysian artists perform Tamil rap. “How often do you see that? And they’re very good.”

There’s also a talk show Lakshmi Manchu will host, an indie music show Shruti Haasan is involved in, and an animation show that blurs the line between reality and fiction that Rana will host himself. Rana’s show is called Why Are You? where he has existential conversations with guests as varied as (the late) Salvador Dali, Ram Gopal Varma and Karan Johar.

Rohit Shetty and Ranveer Singh are expected to begin shooting their new film Cirkus in Mumbai shortly. The film is said to be a comedy of errors featuring the Simmba star in a double role. Originally, one had heard that the makers were planning to roll cameras in Goa where they hoped to finish the entire film in a single schedule, but now industry insiders are saying Rohit will shoot in Mumbai and at Hyderabad’s Ramoji Rao Studios. Jacqueline Fernandez and Pooja Hegde have reportedly been cast as the leading ladies opposite Ranveer, and Fukrey’s Varun Sharma is believed to have a key role.

According to sources in the film trade, both Rohit and Ranveer are doing Cirkus at a fraction of their market fee as a supportive gesture for Reliance Entertainment. The studio is footing the bill for the delay in the release of both Rohit’s Sooryavanshi and Ranveer’s ’83 on account of the pandemic.

By the time you’re reading this, at least two new Hindi films will be in the cinemas. When it was announced that Maharashtra will re-open its theatres, the makers of Suraj Pe Mangal Bhari ditched their plans of sending the film straight to streaming, and decided instead to give their film a theatrical release. Since Maharashtra is a big revenue driver in a film’s all-India box-office pie, the makers changed their release strategy as soon as that part of the pie was on the table again.

Also releasing in cinemas this weekend will be the Tillotama Shome-Vivek Gomber starrer Sir, which was all set to release in March before the coronavirus shuttered cinemas indefinitely.

It is hard to know whether film lovers and cinema-starved fans will return to the halls to catch the new releases, although multiplex chains are saying they’re optimistic. They have seen ‘decent’ footfalls in some cities like Kolkata, and even in other places where cinemas are playing re-released titles, they are selling tickets.

In the case of Suraj Pe Mangal Bhari, Zee Studios (who have bankrolled the movie) will roll out the film on their ZEE5 or Zee Plex streaming platforms within weeks of its theatrical release if audiences mostly stay away from the cinemas.