Poorna: Courage Has No Limit

The movie has a striking resemblance to last year’s Budhia Singh: Born To Run 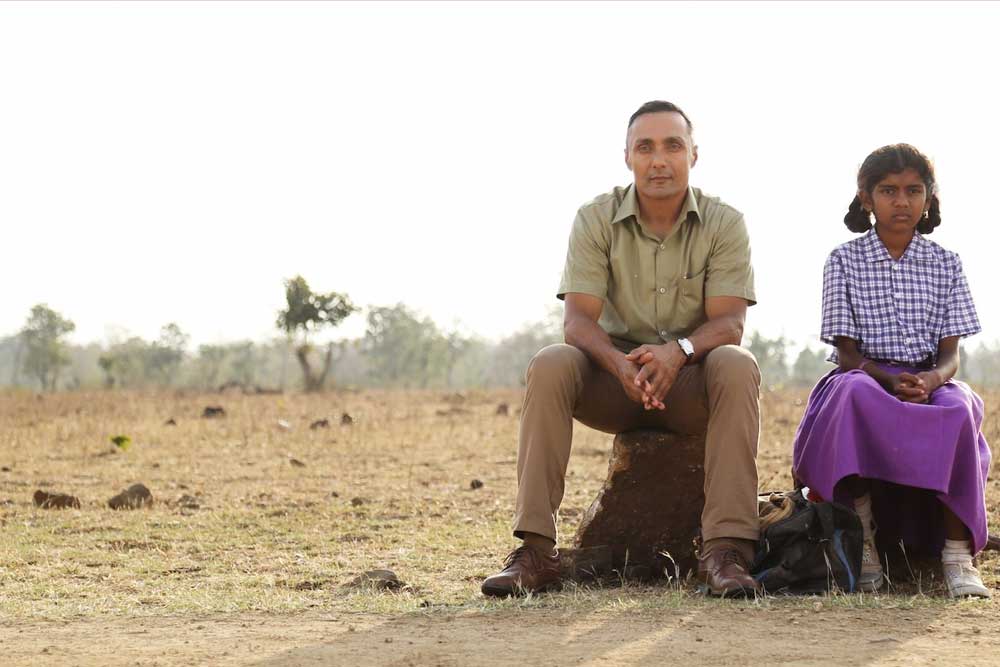 In describing the relationship between a high achiever and a mentor, this movie has a striking resemblance to last year’s Budhia Singh: Born To Run. In both cases the children, a mountain climber in this film and a marathon runner in the previous one, were exposed to extreme conditions that could have caused them serious injury. The difference is that when it came to Malavath Poorna, the youngest girl to have reached the summit of Mount Everest, her effort and achievement had state sponsorship and backing, and her mentor was an IPS Officer who had the ear of the Chief Minister of Andhra Pradesh.

On the other hand, the coach of Budhia Singh, Biranchi Das (played by Manoj Bajpayee) was considered a maverick and was accused by child welfare officials of exploiting the boy for his own publicity. Even more shockingly, he was shot dead soon after in Bhubaneswar, allegedly by the hitmen of a gangster. Given the different levels of drama in the biopics, the dynamics of the films must necessarily be different.

Even so, Rahul Bose as Dr. R. S. Praveen Kumar, IPS, gives us an extraordinarily languid performance. Since Bose is also the director of the film, his benevolent presence dominates the work, and not once is the audience made to feel that this man with a saintly visage and the persona of a compassionate, philanthropic, good samaritan, could, perhaps, be overdoing things. The slopes of Mount Everest are littered with corpses of climbers who have died of a variety of causes once they crossed the ‘death zone’, above 25000 feet in altitude. As the 13 year old child from Telangana is in this zone and is suffering from suspected hypothermia, and there is news of an avalanche on the Nepal side of the mountain (she is climbing from the Tibetan side), an animated discussion in Hyderabad between a secretary level bureaucrat (Dhritiman Chatterjee) and a Child Welfare representative (Heeba Shah), ends in a decision that the girl must stop climbing. But surprisingly, Dr. Kumar leaves this life or death judgement to the child.

The beatific presence of the Rahul Bose character, as well as the success of Poorna (Aditi Inamdar) in conquering the mountain, convinces us that theirs was indeed the correct judgement. It is in scenes like this that the film turns simplistic. The movie does not have any critical analysis of the work and career of Dr. Kumar and, in fact, ends up as some sort of hagiography on the man. While his motives in inspiring Poorna may well have been altruistic in nature, we never see any complexity, any shades of grey, in the presentation of either the climber or her mentor.

The focus in the film is on creating an ‘inspirational story’ of the emergence of a tribal girl from the harsh environment of dire poverty to eventual celebrity status. As the end credits point out, when it became known that Poorna was selected from a state sponsored school in Telangana, her success story helped in multiplying enrollment in state schools by the thousands, and also in cutting down the drop out rate from those schools drastically. These are laudable, nation-building achievements, but, at the same time, the absence of any edginess to the performances and the easy resolution of all conflicts, makes us often feel that we are watching a sentimental, promotional film.