My Name Is Khan

Gigantic in ambition, dwarfed in execution, KJo is back to doing what he does best. 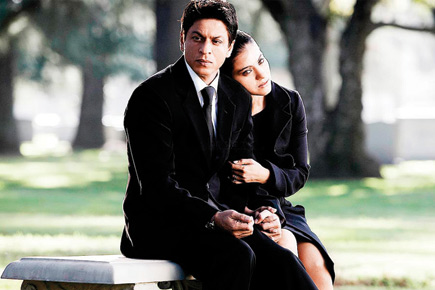 Gigantic in ambition, dwarfed in execution, KJo is back to doing what he does best.


When the melodrama of Hindi cinema involves just Indians, we can afford to be indulgent and say that is how we like our entertainment. But most of My Name is Khan is shot in the US, and deals with situations, individuals and communities across that nation. In this context, the movie is downright embarrassing.

At one point in the film, Rizwan Khan (Shah Rukh), a Forrest Gump-like character who travels across the US to meet the President to tell him that his name is Khan and that he is not a terrorist, halts at Wilhelmina, Georgia. There he befriends a large African American woman called Mamma Jenny (Jennifer Echols), presented as a grossly offensive caricature of black women from the South. Were this a Hollywood movie, there would have been howls of protest from the African American community, including, perhaps, the President our hero eventually meets.

Human relations in this film are completely artificial, especially the one between Rizwan and wife Mandira (Kajol). We are expected to believe that this attractive single mother makes the brave decision to marry a man with disability and then, in an instant, when tragedy strikes the family, asks him to get out of the house. She knows her husband is seriously challenged, but never follows up on him.

My Name is Khan is an expensive and empty vessel that stretches your credibility and patience and whose central premise—all Muslims in the US are not potential terrorists and most are proud citizens—falls flat, primarily because of the naivete of its treatment and the hack job that Karan Johar does with all the actors in this huge production.

Shah Rukh’s laboured Rizwan is a marathon without skill. We have a huge movie star with acting talent that is inversely proportional to his fan following. Combine this with a director who has the same syndrome, and you get My Name is Khan, a movie that is international in the subject it aspires to and so home-grown in its execution that you cringe.