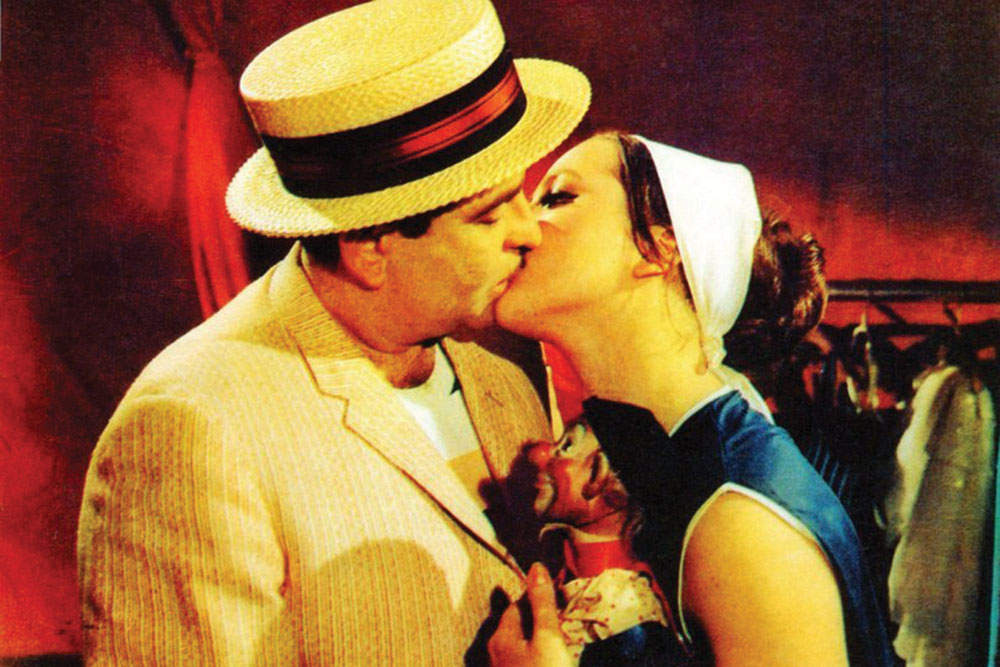 
IN THE HOT SUMMER of 1982, I eagerly joined the House of Soviet Science and Culture in Delhi, located in Firozeshah Road. This was because it was renowned for its chilled beer, although it fulfilled another, official purpose, being part of the soft power outreach of the Soviet Union in non-aligned India.

Joseph Nye developed the much-quoted concept of “soft power”, a way of making a country attractive, which “rests on the ability to shape the preferences of others”, drawing on three resources: its culture, political values, and foreign policies.

American soft power is dominant globally, at least when measured by the Portland Communications Top 30 Global Soft Power impact nations and is often even seen as the global brand, being subtly invasive rather than taking the form of propaganda.

The USSR was keen to counteract American soft power by exerting cultural influence on the Global South by linking communism with anti-colonialism, conveniently avoiding its postcolonial repression of other communist states such as Hungary or Czechoslovakia as much as its own internal colonisation of the Eurasian landmass’ Asiatic peoples. For example, it set up the People’s Friendship University in 1960 for people from countries that had recently decolonised. It was renamed Patrice Lumumba University after the Congolese freedom fighter but has reverted to its earlier name, abbreviated to RUDN, and has had many Indian students through its doors.

Communism itself became a significant, influential, and popular political phenomenon in India, electing governments in Kerala from 1957, where it is not unusual to meet people called Stalin or Lenin. Communism’s other stronghold was in West Bengal and, although Trinamool Congress is now the dominant party, Kolkata recently saw Saira Shah Halim of the CPI(M) win 30 per cent of the votes in the Ballygunge by-election.

Even today, echoes of Russian culture are found around Kolkata. The large statue of Lenin on Esplanade is given a lal salaam on his birthday while below ground is India’s first Metro, built by the Soviets and East Germans (film lovers will remember it featuring in Kahaani, 2012). The Russian Cultural Centre, Gorky Sadan, has a Russian café, Milee Droog (Dear Friend), and the Eisenstein Cine Club where Satyajit Ray and Mrinal Sen were members. (The latter received the Order of Friendship from Russia’s President Vladimir Putin in 2000.)

The Communist Party of India founded a bookshop, Manisha Granthalay, near College Street, with a sign designed by Satyajit Ray which famously features a painting donated by Jamini Roy. The shop is said to have stocks of imported Soviet books as well as Russian literature translated into Bengali. It’s not surprising that Jhumpa Lahiri had a lead character called Gogol in The Namesake (2003), her novel made into a film by Mira Nair.

My generation in the West was familiar with Russian high culture which was seen to be an essential part of European art, whether literature, art, music, ballet, and cinema. However, in India, while these were part of European culture for elite consumption only (and the clubs all serve “Russian salad”), forms of Russian popular culture were widely known, such as its vibrant circus and folk music traditions. While Russian film was not so popular in India, Indian film certainly found devotees in Soviet Russia.

Although Russian/Soviet art cinema was celebrated by intellectuals and students of cinema, Soviet popular cinema was barely known beyond these circles in India. However, the Indian People’s Theatre Association (IPTA), a leftist movement associated with the Communist Party of India, was a dominant force not only in theatre but also in Hindi and other cinemas from the 1940s, while the postcolonial Indian state chose not to support mainstream film and instead made only documentaries via its Films Division.

One of the earliest films associated with IPTA was partly inspired by Soviet socialist realism, namely Neecha Nagar (Chetan Anand, 1946), adapted from Maxim Gorky’s play The Lower Depths (1902). It was awarded the Grand Prix and the Palme d’Or at the first Cannes Film Festival but was never released in India. The film’s writer was Khwaja Ahmad Abbas, who wrote many landmark films, most closely associated with Raj Kapoor from Awaara (1951) to Bobby (1973).

Awaara is an iconic film in Indian cinema, with its blend of socialist realism and populist melodrama (its IPTA associates, including the Kapoors themselves as well as VP Sathe and Shailendra). The family and its values are put on trial in a courtroom drama with conflicts over class and inheritance as well as analogies to the Ramayana. It has many classic songs as well as the iconic 12-minute dream sequence of heaven and hell. Awaara re-exported socialist values to the USSR when it was distributed there in 1954, the year after Stalin’s death, as Bradgaya. It was so popular that it remains the third most-watched foreign film in Russia. Zoya, the nurse, in Alexander Solzhenitsyn’s novel, Cancer Ward (1968), famously sings the song ‘Awaara hoon’.


Raj Kapoor was obsessed with the Russian circus and for Mera Naam Joker (1970), he hired Kseniya Ryabinkina, a Russian ballet dancer and actress, to play the circus trapeze artist

Raj Kapoor and Nargis, the two leads, made two visits to the USSR in 1954 and 1956 where they were mobbed by fans. In the 1960s, Kapoor was said to have been able to enter the country without a visa and was given his own train carriage to travel around the Soviet Union.

Raj Kapoor was obsessed with the Russian circus and for Mera Naam Joker (1970), he hired Kseniya Ryabinkina, a Russian ballet dancer and actress, to play the circus trapeze artist. She later appears in Chintu Ji (2009), the ‘faux-biopic’ of Rishi Kapoor.

Sudha Rajagopalan’s book, Leave Disco Dancer Alone!, looks at Indian cinema in the post-Stalinist era, its title and cover confirming the popularity of Mithun Chakraborty. She argues that it was the escapist fantasy of colour, wealth, family drama, melodrama, and music in a non- Western lifestyle that made it so popular. It is fascinating to read about this long and complex history.

Several Indian films were based on Russian literature which has always had a readership in India, translated into English and other Indian languages. Among these are Mani Kaul’s Ahamaq (1992), from Dostoevsky’s The Idiot (1869). I shall never forget this film as I felt like I’d had an electric shock when I saw one of the actors for the first time: Shah Rukh Khan. Sanjay Leela Bhansali’s Saawariya (2007) was inspired by Dostoevsky’s White Nights (1848), which has been popular with many directors internationally, including Luchino Visconti and Robert Bresson.

Films remain India’s major soft power in Russia, although it has a Nehru Centre and Indian languages and civilisations are studied in Russian universities. However, it seems that films today are less significant. Have the countries and/or the films converged or diverged? Are the films of the new consumerist India no longer relatable to Russian viewers? Is it a question of distribution, and would different types of cinema, such as the new wave of south Indian films or the OTT serials, find audiences in Russia? Does it reflect a shift of generations where perhaps older Indians still remember the USSR with some affection and indeed may have studied there or read its great literature, while the younger generation is more focused on the new India and/or the consumerist West?

Are the two countries still receptive to each other’s soft power? It might be expected that the strong economic and political links connected to rising populism and the ideals of strong leaders might enforce it. In 2010, President Dmitry Medvedev visited Yash Raj Studios, meeting Yash Chopra, Shah Rukh Khan, and Kareena Kapoor on his visit to Mumbai, and in 2019, Russia was the partner in the 50th International Film Festival in Goa, where eight Russian language films were screened.

Perhaps things will change as, since the onset of the war in Ukraine, many of the big American studios have cancelled or delayed their big releases in Russia. The movie halls that were badly hit by Covid are said to be planning on releasing other films to fill their schedules, including those from non-aligned India, and perhaps there will be a new flourishing of Indian films in Russia.