Sonam Kapoor to Tie the Knot? | With a Little Help from My Friends 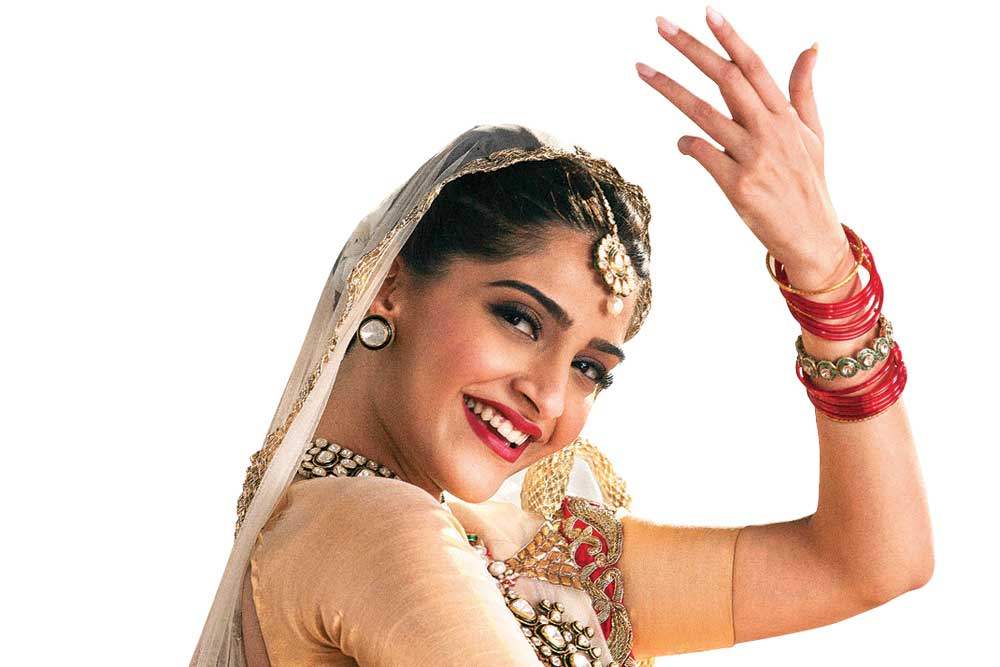 Vidya Balan, hot off her Best Actress sweep at award ceremonies for Tumhari Sulu, is enjoying some downtime. The actress, who showed up looking simple but lovely in a dark sari for a screening of the Marathi film Gulaabjaam earlier this week, told me she isn’t committed to any film currently— and feels perfectly secure. Far cry from actresses who tend to get insecure when they have nothing on the horizon.

Recently, Vidya and her husband, producer Siddharth Roy Kapur, bought the rights to an Indira Gandhi biography by Sagarika Ghose, with the aim to turn it into a biopic of the former Prime Minister. But the actress has admitted she isn’t sure yet whether the project lends itself to a feature film or a web series. It’s no secret Vidya has been long interested in doing a meaty life story. She’d signed an MS Subbulakshmi biopic with Tamil filmmaker Rajiv Menon, but the project fell through when the legendary Carnatic vocalist’s family reportedly objected to the film. Another film, a Malayalam-language Kamala Das biopic that Vidya was involved with, didn’t work out after creative differences with the director led her to drop out at the eleventh hour.

Sonam Kapoor to Tie the Knot?

After months of alluding to it in unnamed blind items, it seems one can finally talk about what will likely be this year’s big fat Bollywood wedding. Neerja star Sonam Kapoor and her boyfriend London-based fashion entrepreneur Anand Ahuja are expected to tie the knot this summer. The couple have made no effort to cover the trail of their romance all over social media, so their relationship was never a secret. Some had even predicted the pair would marry last year—before the Virat- Anushka union—but now it appears a mid-2018 date has been locked for the celebrations.

Initially, sources said Anil and Sunita Kapoor, the bride-to-be’s parents, had made ‘massive reservations’ at the Umaid Bhawan Palace in Jodhpur for visiting guests, but those stories were in the air back when it was being speculated that the wedding would take place in February. Sources close to the family are now saying it’s unlikely that Rajasthan would be the destination if the two indeed do tie the knot this summer.

The actress herself is keeping mum on all developments, strategically refusing to either deny or confirm rumours. After this week’s Padman, she’ll appear next in her sister Rhea Kapoor’s production Veere Di Wedding, a chick flick helmed by her Khoobsurat director Shashanka Ghosh and co-starring Kareena Kapoor, Swara Bhaskar and Shikha Talsania. As it turns out, that film, slated to release in June, is about—wait for it—a destination wedding!

With a Little Help from My Friends

What’s a little step-up between friends? According to whispers doing the rounds in tinsel town, a prominent filmmaker recommended the model boyfriend of his good friend, a leading clothesmith, for a television project he’s closely involved in. The beneficiary of said largesse is a strapping fella from Meerut who’s been walking the ramp for the designer for some months now. Their relationship went from professional to romantic pretty quickly, say insiders, pointing to the many foreign shows they’ve done together. At one of these, in Dubai a few months ago, the designer introduced the boyfriend to the filmmaker BFF and requested some help in raising his visibility. The result is a coveted spot on a reality show that the filmmaker is the public face of. As it turns out, the young hopeful is making good progress on the show, and the filmmaker’s soft spot for his friend’s boyfriend is evident to everyone on the set, even to fans of the show.