The more local you become, the more global your work


As a storyteller what would you do best? Tell the stories you’ve experienced, heard first-hand or something you’ve imagined. All three are perfectly valid but Rishab Shetty chose the former for his fourth film, Kantara, based on the Bhoot Kola performance, a traditional ritual performed in service of the daiva, the local deity. Shetty comes from a family of landholders who lost much of their holdings after the Karnataka Land Reforms Act of 1974. “Suddenly, from being the local zamindars, we became lower middle class,” say Shetty whose father then went to Mumbai, Pune and Delhi in search of jobs before becoming an astrologer and setting up a practice in Bengaluru. His father had helped many people retain their small holdings in their village, so when Shetty returned to his village, Keradi, to shoot Kantara, it was great meeting his father’s fanboys. It was also odd, because he was playing Shiva, who comes from a family of Bhoot Kola performers, who conventionally come from Scheduled Castes. There is an extraordinary scene in the movie where the landlord shakes his character’s hand in seeming friendship and then turns to an assistant later asking for his hands to be washed because he touched that “dog”. Ironically, when Shetty was playing Shiva and being served tea outside the house in a coconut container, an old villager familiar with his situation teased him about it. Kantara was shot “two minutes away from my house” says Shetty, who spent much of his childhood playing bit parts in the Yakshagana in his village. His performance at the end is a triumph of an inner journey that he cannot describe. “It was a deeply spiritual experience for me. Cinema is like God for me,” he says. “Making a film is a privilege,” he adds. For Shetty, the daiva is the bridge between humans and nature, and for the forest dwellers of Dakshina Kannada its service is a way of life. Recently Pushkar–Gayathri’s Tamil series Suzhal: The Vortex on Amazon Prime Video set its murder mystery against the backdrop of the enthralling 10-day festival, Mayana Kollai, by a community in the Nilgiris that worships a local goddess Angalamman. Moral of the story: the more local you become, the more global your work. Kantara, originally in Kannada, has already made over ₹150 crore at the box-office. Its producer, Hombale Films, also backed the blockbusters KGF and KGF2.

A cult film based on a short story that symbolises is the inspiration behind Fawad Khan’s much-delayed epic The Legend of Maula Jatt. The movie, based on the 1979 hit Pakistani film, Maula Jatt, about a fighter who decides to take revenge for his family’s death with his legendary gandasa (axe), has a bulked-up Fawad Khan playing Maula. Based on Ahmed Nadeem Qasmi’s short story Gandasa, the film pits Maula against an iconic villain, Noori. There are gladiatorial battles in Roman-esque arenas, swaggering villains who tend lovingly to their moustaches, and women with the ability to harbour long-standing bloody grudges. Everything is outsized, melodramatic and thunderously underlined, with a joyous recklessness. The 1979 film it is based on is considered Pakistan’s Sholay, (1975) and was preceded by Wehshi Jatt (1975). Both films starred Sultan Rahi, then one of Pakistan’s biggest stars. The film is emblematic of Punjab’s rural culture and is quite a switch for the urbane Khan who has made a career playing romantic heroes. For Khan, whose scenes in Karan Johar’s Ae Dil Hai Mushkil (2016) were cut after a furore over Pakistani artists working in India, this is a welcome return to the big screen. He was last seen in a cameo in Disney’s streaming hit Ms Marvel.

Prasanna Puwanarajah, a British actor of Sri Lankan descent, can now probably play controversial British journalist Martin Bashir in his sleep. He first played him in the 2013 film, Diana, and now he reprises the role in the fifth season of The Crown, out on November 9 on Netflix. This season focuses on the unravelling of the marriage of the late Princess Diana and the current King of England, Charles. Bashir’s interview for the BBC, which was found to have been taken under false premises, marked a point of no return in her relationship with Charles, when she declared there were “three of us in this marriage” referring to the now Queen Consort Camilla. 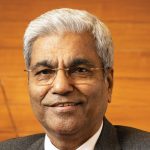