It is a multi-star movie, with actors trapped into delivering theatrical lines that make their personas unrecognisable 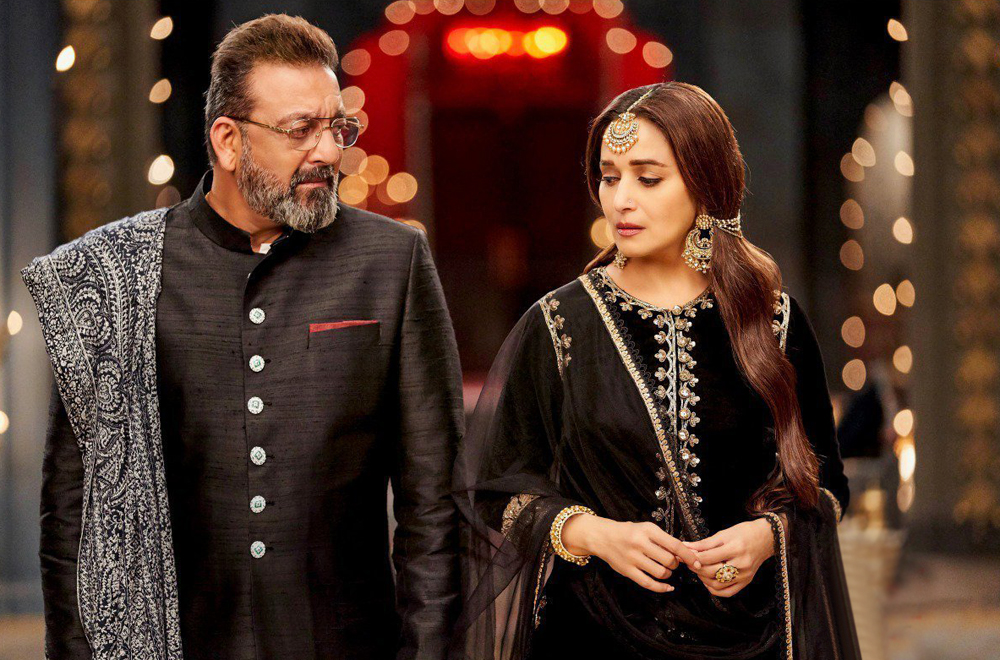 ‘Kalank’ is an expensive film that flounders in Neverland. This is a town called Hasnabad, near Lahore. Shot on sets, the architecture of the buildings is a curious mixture of the Gothic and the Sub-continental, extravagant and unrealistic in the extreme. This movie is no period piece. If you look at photographs from the 1940s, before and during partition, nothing looks remotely like this.

The same goes for the speech patterns of the characters. The conversations are unwieldy, with long and complicated sentences that sound like they are read out from stylised text, not spoken by living beings. These wooden dialogues contribute considerably to the soporific pace of the movie, especially in its first hour. Audiences do sometimes fall asleep in historical dramas, but rarely as soon as the movie begins. It usually takes a little time.

‘Kalank’ is an exception. In normal circumstances, the opening of the film is when you are trying to figure out the relationships between people, and the conflicts therein. The only thing that registers in the first few scenes of the movie is that Satya (Sonakshi Sinha) has been given a diagnosis of terminal cancer, and she is trying to set her house in order before she passes on. The rest of that hour goes by in a blur of costumed dancers, stately halls and familiar Hindi movie actors dressed up for a marathon session of pre-partition dramatics.

Satya is aware that her husband, Dev (Aditya Roy Kapur), will soon be a lonely widower, so she fixes him up with her young friend, Roop (Alia Bhatt), for companionship. Unfortunately, this bit of desperate match making turns out to be a consummate disaster, and the couple end up in an awkward platonic bond.

Frustrated, the passionate Roop falls head over heels for a handsome muslim blacksmith called Zafar (Varun Dhawan). The scene where she first meets him is electric with sexual tension. Bare bodied, with sweat on his muscled torso, he is hammering away at his anvil, when she asks him a question. Sensing her need, he stretches and prowls around this refined looking lady, much like a tiger stalking his prey. The cliched narrative of the passionate muslim man and the delicate and vulnerable hindu woman is quickly established.

Set in a time of bloodshed, ‘Kalank’ is about a tragic love affair. But watching this film in the present political context, does not conjure the healing power of love. Far from it. By compartmentalising selected imagery from the partition – including a full scale Hindu-Muslim riot in the last few scenes of the movie – it triggers fear at the idea of inter-communal love, and dread at the thought of the social and political repercussions of such a relationship.

Fortunately, given the present divisiveness in our politics, the film is not effective in its projection of imagery and ideas. Apart from the dialogues being awkwardly written, the use of special effects is strikingly shoddy. The CGI used in action scenes – like when Zafar is taming a bull in a gladiatorial ring, or when desperate people are fleeing rioters – is totally unconvincing.

So this is a film with expensive, but ultimately poor, production values. It is a multi-star movie, with actors trapped into delivering theatrical lines that make their personas unrecognisable. This is hugely disappointing.