A Conversation with Joaquin Phoenix

‘I never really felt that I got to a place where I understood the character,’ says Joaquin Phoenix 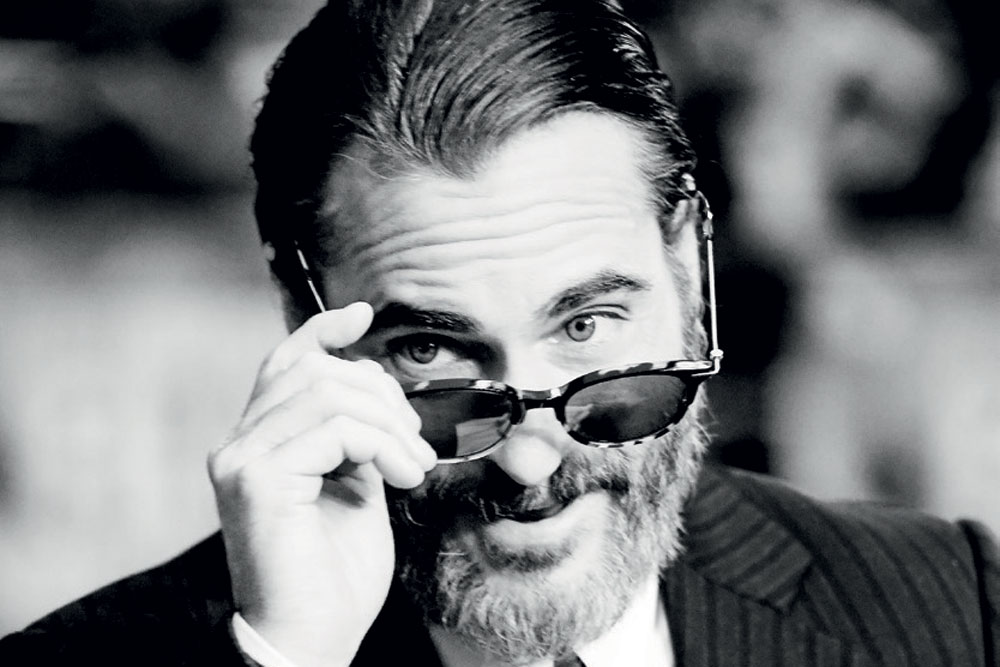 
JOAQUIN PHOENIX IS the current talk of Hollywood with his performance in Todd Phillips’ film Joker. His interpretation of Joker is equal parts disturbing and riveting.

You brought to screen such a complex character. It must have taken much thought and hard work. When do you think you nailed the Joker’s character?

I never really arrived at that place, and in fact I think any time that we felt that we were certain of his motivations it seemed like some sort of kinetic energy faded. There’s something really exciting about not really knowing his motivation, so it never really allowed me to understand the character, which I think is alright because we really don’t understand ourselves and our motivations. Human psychology is so complex and in a character like this I didn’t want to know that. The behaviours that he exhibits are irrational and unreasonable. And so, I never really felt that I got to a place where I understood the character.

Your laugh is insane and menacing. How did you come up with it?

It was the very first thing that Todd [the director] brought to me in our very first meeting, before I’d even read the script. He showed me videos of people with these kinds of uncontrollable laughing fits, and that certainly was the starting point. Then I started diving in four months before we began the shoot. And that certainly has a profound effect on you.

Then there’s the erratic dancing. Did you have in mind what you intended before the shoot?

I didn’t even really think about it till I got to New York, two months before the shoot and started to work with a choreographer and watched videos, that is what is fun and interesting about making characters, you don’t know what part of them is going to affect another part. And I think that the weight loss lent itself to the fluidity in the movement, because when you are lighter your body moves differently. There is something empowering and strengthening about losing weight because you take control of your body over your impulses, and there’s also something weakening and detrimental about it physically, you lose muscle mass and you become susceptible to injuries in a different way. And those are all the things that you start reaching into. I mean my favourite is to have something tangible that’s an experience that I can have that affects the character, I don’t want it all intellectual, based on research, part of it has to be experimental.

All this seems like intense preparation. Were you able to have a normal life with friends?

It’s funny how you don’t realise how much food and drink is part of our social life and because I couldn’t participate in that I didn’t hang out with anybody. Anyway, I normally don’t hang out much when I am working. The people I am working with on the film set become my social circle, it becomes your life and everything you think about constantly, even when you are not actively working on a scene, your conversations are steered in that direction, so it becomes very tiresome for people who are not involved. Work is all consuming, so I would not like to burden my friends with that.

What is the Joaquin method of acting?

I don’t know, I tend to practice a lot. I just create scenes and scenarios in my head and I practise them. But I don’t know if that is important. I have seen actors who seem that the last thing that they are thinking about is the work and then they do a take and it’s astonishing and beautiful, so, I don’t really know if there’s a right way to approach acting, it is different for everyone.