Joanna Rakoff: ‘You want the movie to be more like a poem and less like a novel’ 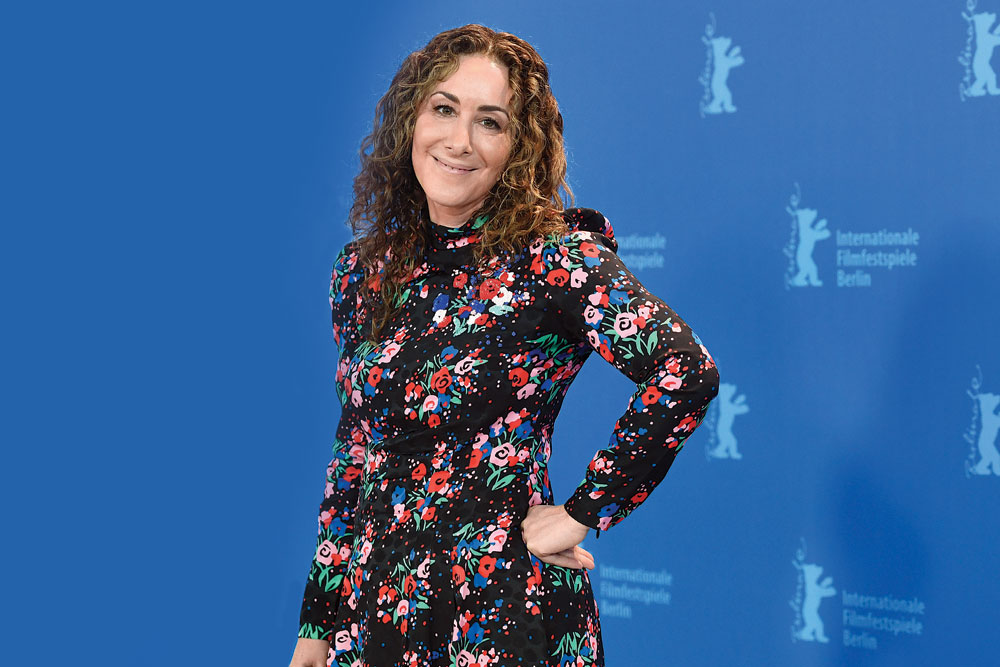 
ON A FREEZING morning, just hours after My Salinger Year opened the 70thBerlin Film Festival, Joanna Rakoff, the 48-year-old American author on whose bestselling 2014 memoir the film is based, is doing press at The Regent in Berlin in the suite opposite Sigourney Weaver’s. The author appears upbeat despite reviews that have mostly declared the film underwhelming.

An overnight bestseller when it was published six years ago (thanks in no small part to the legion of Salinger fans hungry for any and all material by or about the famed litterateur), the book detailed Rakoff’s time at the New York literary agency Harold Ober Associates in the nineties. An aspiring writer herself at the time, Rakoff was entrusted with the seemingly dull but crucial job of dealing with fan letters sent to the agency’s most famous and reclusive client JD Salinger, who, as it turns out, she had never read until then. Under strict instructions to do no more than send a cold brush-off reply (Salinger famously had no interest in fan interactions), Rakoff soon began to empathise with those deeply affected by Salinger’s writing and subsequently took to corresponding with some of them, much to the annoyance of her formidable boss, played in the film by Weaver.

Rakoff wrote of her brief but meaningful conversations with Salinger on the occasions when he called to speak to her boss. Those portions are some of the film’s best bits, and Once Upon a Time in Hollywood star Margaret Qualley nicely captures Rakoff’s young, fearless spirit.

This morning in Berlin, the author comes off as an older, wiser version of that 23-year-old ingénue, her unbreakable spirit intact. She is friendly, and keen to talk about her role in shaping the film, and hopeful that Salinger loyalists will embrace the film like they did the book. Excerpts from the interview

You’ve said that you resisted writing the book initially because you didn’t want be seen as one more person capitalising on Salinger’s life. Did you also wrestle with the decision to allow them to make this film?

I didn’t in this case. There was a previous team that was developing the movie for me. This was before the book was written. At that moment, I had trouble making the decision to have it developed, in part because Salinger, very famously, did not want to have his books adapted and was concerned about how he would be portrayed on screen.

I also hadn’t written the book yet and I didn’t, 100 per cent know what the story was yet. I was concerned about it becoming too much a film about Salinger, where he would have been portrayed weirdly and I was worried about it showing him a negative light.

I also was talking to filmmakers who were very different; much more Hollywood—not that there’s anything wrong with Hollywood, but just different. I talked to one team that said here’s our concept: “Joanna’s going to fall in love with the boy from Salem and they’re going to get married.” And I was like, “What??? Noooo.” So I obviously didn’t choose them.

One screenwriter definitely had a much more ‘pop’ take on it. She saw it as a cross between Working Girl and The Devil Wears Prada. Very different from this film. To their credit, ultimately the producers parted ways with her because of her take on it.


That was a hard time, but I learnt a lot from that process. By the time it came to doing another option for it, my literary agent, my film agent and I knew what we wanted. I felt I wanted to work with someone I just felt comfortable with. Someone heavily involved, and one who would make something emotionally true to the book.

Did you ever consider writing the screenplay yourself?

I did. It’s interesting the way the world has changed, because of Netflix and stuff. First time around, I told my then film agent, I would like to adapt the book myself. And she said, (groans), “Oh no!” It’s kind of similar to the scene in this film where Margaret tells Joanna, “Writers make the worst assistants.” Well, here, she said, “Novelists can’t ever adapt their own books.” She told me all these horror stories. My literary agent said the same thing. She said, “You’re going to spend years working on this and the film is never going to get made. They are going to hire some hack to re-write your screenplay.” So I dropped the idea.

But then later, I broached the idea with Philippe and he said, “Did you ever think of writing the screenplay yourself?” He’s an incredibly perceptive person and a great reader. Many of his other films have been adapted so he gets the process. He said, “I feel like you’ll be really good at screenwriting. The dialogue is so dead-on; I want you to do it.” I tentatively said that I had wanted to do it. So he said, “Well, if you work with me, I want you to be as involved as possible. I will show you every version of the screenplay. I’m not a writer, I’m a filmmaker, but I want to take a stab at writing this and I want you as my partner.”

That is how it played out. Honestly, it was the best-case scenario for me because I love film. So I could be at Philippe’s side and collaborate with him.

What did you think of Margaret Qualley being cast to play you? Did you have approval on casting?

I did. I’m so lucky. I had a say on almost everything in this film. The producers were great to me. I actually introduced the idea of Margaret Qualley. A bunch of names were being tossed around and it was bit challenging for the casting director Bill Hopkins to find someone who was exactly right, because they needed someone who was a box office draw, but also someone who was the right age. There were actually some other actresses I also liked, but they were not the right age. But I just fell in love with Margaret—I was even afraid to say it aloud, “I want her” because she was so perfect.

But one day. My husband turned to me and said, “Why don’t they just cast her? She reminds me so much of you at that age.” So the next day, I mentioned it to Philippe and he said, “She knows about the project, she would love it, and her agent is interested.” I felt grateful to them that they took the time to ask me.

Did you have any anxiety before watching the film?

(Laughs) Yes! Oh my god, I was about to throw up! I spent about a week on the set during the final week of shooting. They wanted me there for certain scenes. One scene I’ve been very involved in writing, and then some scenes at the agency—they felt I would be useful to them. I think they are always nervous to have the writer around and I sensed that when they were booking my travel. When I got on set, the crew I had been talking to were very excited and they hugged me. But what they didn’t foresee was when I got on set, Margaret saw me and started crying. She was like, “Oh my god, you’re really here. Can I hug you?” She gave me a hug and I started crying and she’s of course a foot taller than me. I was basically crying into her waist and I got her costume all wet.

And then Sigourney walks over to me and she’s much more of a cool person. But with her hands trembling, she said, “Thank you for this—this is the role of a lifetime.”

What ended up happening was that I was so excited to be on set and they kept asking me questions. It was the last week of filming and everyone was so exhausted. So what they told me is that having me there boosted their morale. It was just really fun.

What you did in the book was present a very different impression of Salinger from the ‘eccentric’ or ‘difficult’ reputation he had. What did you think of the decision to never actually show him in the film?

It was exactly the right decision. It’s funny; that’s the first thing my husband asked me: “We never see Salinger?” The actor who played him was passionate about getting the role exactly right. We talked on the phone a bunch before shooting. He tried his Salinger voice on me. So my husband said, “Now I understand why you had to be on the phone with him. He had to get the voice right because we don’t actually see him.

Philippe and I contemplated other possibilities, but eventually we decided we should never see Salinger. I guess it’s more powerful that way. And true to the experience of the book. You want the movie to be more like a poem and less like a novel.

In the book, you never name the publisher or the place you worked at. You refer to them as, ‘The Boss’ or ‘The Agency’. Watching Sigourney play Margaret, who’s based on your boss Phyllis Westberg, did that bring back a flood of memories?

In some ways, yes, it really did. I had to remember my way back into that to write the book. But in the pre-production and production time, there were so many questions, like, “How exactly did she wear her hair?”, “What were her glasses like?” So seeing the person portray her was very different.

But what it really instilled in me more was a sense of awe for the power of film. And also the power of a true, great actor. Because she so completely embodied this role. It’s not that she really is Phyllis. But she’s an incredibly intellectual person. She has tremendous depth and substance. She did so much research for the role. I don’t know if you know this, but she went to the agency and spoke to the people there; met a great agent to see what her life was like. She thought her way into this character in such a complex and holistic way. I was so moved by her portrayal. She fully got the character.