It is more an experience in the language of cinema, than it is a story of character and plot 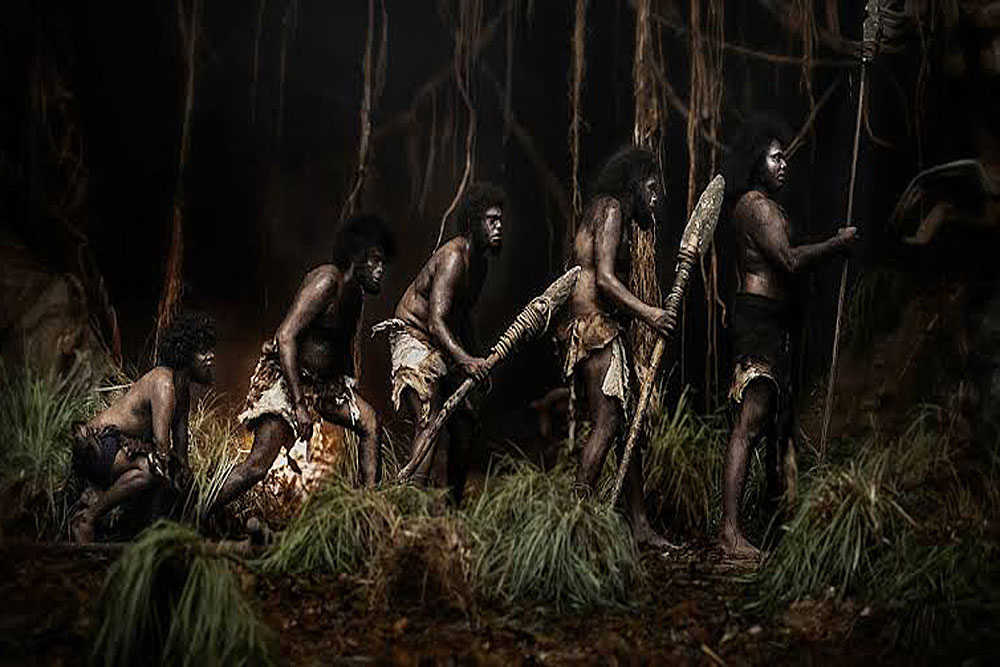 ‘Jallikattu’ is a 90 minute visceral diatribe on the sheer ugliness of the human race. The most evolved creature in history is displayed as the most beastly in deportment and mind. The water buffalo that escapes from slaughter, and is brutally chased by men in a Kerala village, is clearly the more dignified and attractive animal.

This theme is expressed through imagery, lighting, camera movement and sound effect. The human individuals are played by actors – the butcher, the policeman, the hunter – and they have recognisable faces, but such is the pace and the allegorical nature of the narrative, that these faces are merged, cinematically, into a single mob that chases the buffalo. The alpha men are turned into a species of gruesome and predatory animal; blood and sweat oozing from every pore, filthy abuse from a multitude of mouths, and bearing instruments of torture and violence that are as easily turned against each other, as towards the escaped buffalo.

The food the humans eat – the meat cooked in different ways, the aroma and the spices – are not to be delighted in for their aesthetic appeal, but to be nauseated by, because they are parts of the animal that is being chased. What the writer and director has done in the film is to give us a mirror image of what we would look like from the perspective of another species; ugly people that belong in a cruel circus.

Especially striking are the night scenes where the men tear down from the hillside, illuminating themselves with torches, like angry insects that have rushed out of their hives. They sing and dance, they fight and fornicate, like pagans that have tasted forbidden sex and food.

There are precedents in cinema, of course, to these ideas juxtaposing the killing of animals and men. One is Sergei Eisenstein’s ‘Strike’, in which an entire montage sequence compares the slaughter of a bull with the slaughter of striking protestors by the oppressive Czarist State. Another is Francis Ford Coppola’s ‘Apocalypse Now’ in which a tribe sacrifices a water buffalo, and in which the scene is mirrored in the death of Kurtz: “The horror, the horror”.

The problem with ‘Jalikattu’ is that once you get the gist of what the director is driving at, some of the sequences seem repetitive, even though the film is short in length.

Also, the sound design of the film – human, animal and nature effects, that are mixed up and raised to a high pitch – seem exaggerated, and used too randomly.

In other words, ‘Jallikattu’ is more an experience in the language of cinema, than it is a story of character and plot. Watching it is novel, but since the film looks at collective emotions, rather than individual ones, it does not leave behind a residue of deep feeling, once you are done watching it.