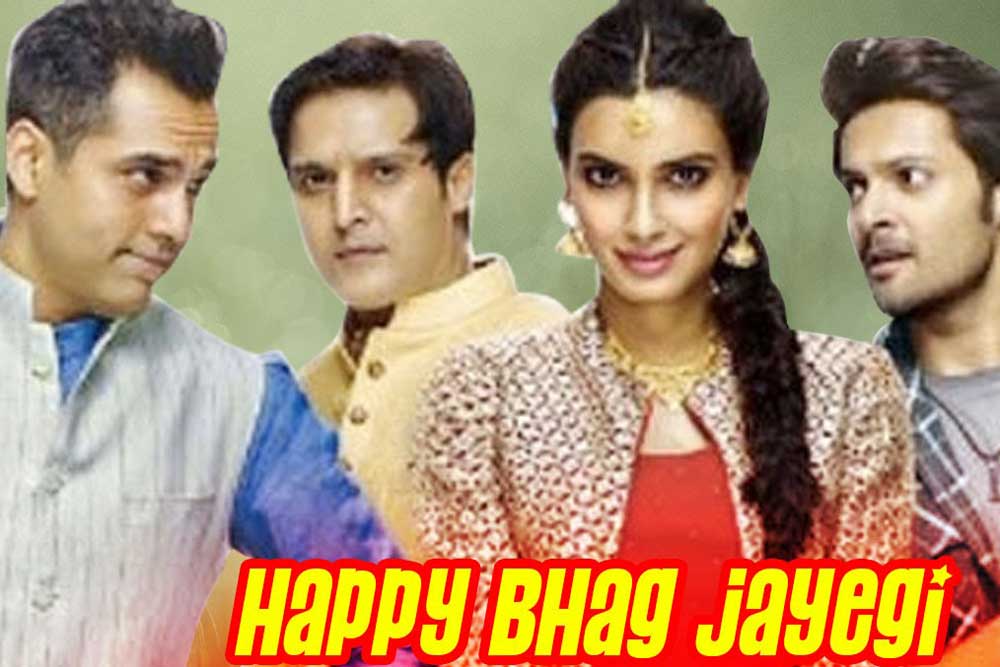 This movie has a few good things going for it and one of them is its refusal to allow preconceived judgements on Pakistan to infiltrate the script. Most of the action takes place in Lahore because the runaway bride from Amritsar has jumped into a truck of Alphonso mangoes and crossed the border at the Wagah/Attari check point. Unknowingly, she arrives at the home of a former Governor of Punjab whose son, Bilal Ahmed (Abhay Deol), is being persuaded to join politics and save the nation, so to speak. He would rather play cricket of course, but is the scion of a feudal family deeply involved in shaping the destiny of Pakistan, as his father always reminds him.

Back in India, meanwhile, the dumped bridegroom, Daman Singh Bagga (Jimmy Shergill), is contemplating violence, abduction and a stint in the politics of Amritsar, not necessarily in that order. But first things being first, he wants his bride back from Pakistan.

Happy Bhag Jayegi is a familiar movie scenario, and gives us a sense of deja vu as soon as it starts evolving. It looks like a replay of previously successful films, especially when we see Shergill’s rejected lover spiel. After all these years and so many similar roles, this excellent actor could easily do a hilarious parody of the man who never gets the girl. At first he looks wounded. Then he adds up all the expenses of the wedding that is not to be. After this, he cheers up a little and plans on what he is going to do to the man his runaway bride, Happy (Diana Penty), has run away with. This thought gives him great joy, and by the end of the movie he actually looks quite happy without Happy.

Happy is the problem. She is lively, but Diana Penty just does not have a screen presence strong enough to give her part the centrality for a romantic comedy. She is unable to create the contradictory persona who runs off from her wedding party, lands up in Lahore, then drives everyone she encounters in Pakistan so insane that they are desperate to get her an exit visa.

As a result, the comedy starts wilting towards the second half of the film. However, the addition of an interesting secondary relationship that we see developing between Bilal and his wealthy fiance, Zoya (Momal Sheikh) helps to hold you. The match is arranged by his father and is expected to unite two well known political families in Pakistan. Bilal looks at the carefree Happy, rues his own trapped circumstance, and almost falls in love with her. Then he turns to appeal to Zoya, is touched by her kindness and loyalty, and looks at her in a new light. He suddenly appreciates her nature and values the asset that her intellect and character would be to him in Pakistani politics.

So the nice thing about ‘Happy Bhag Jayegi‘ is that it is respectful of the nation it depicts and does not feel like a film made about ‘enemy territory’. The unfortunate part is watching a film that just does not have enough entertainment value.