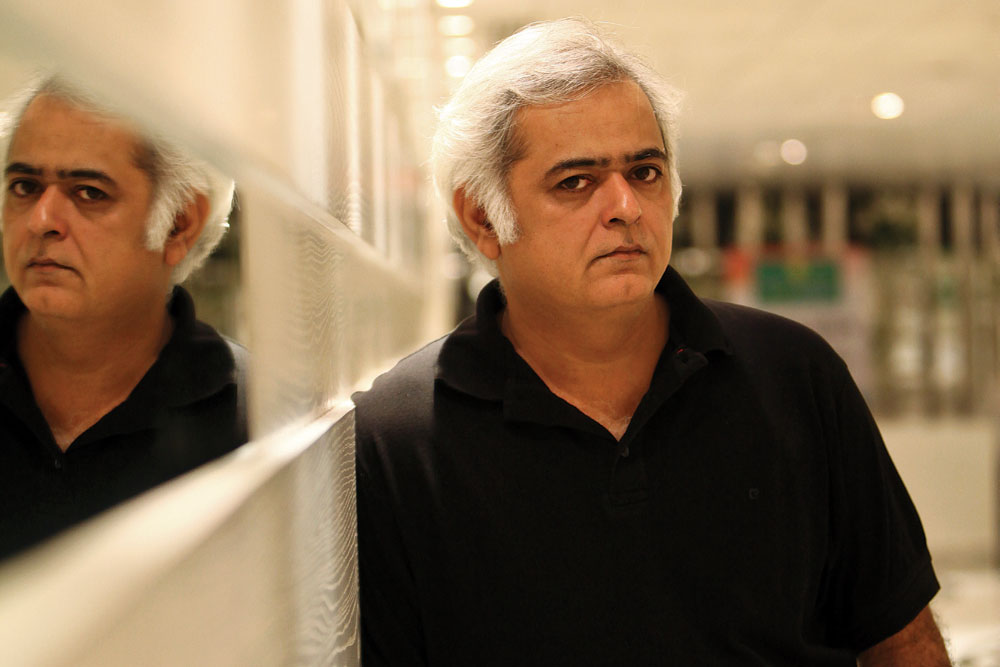 
SPENDING QUIET family time in a tiny village in Uttarakhand, Hansal Mehta sounds content and contemplative. In the last two months, Mehta has resurfaced after his last feature film Simran (2017). The much awaited Simran created little impact. However, today with the success of his web series Scam 1992: The Harshad Mehta Story on SonyLiv, Mehta is back doing what he does best. “I have never seen this kind of success in 10 years, the kind I am experiencing with Scam, and it also makes me think about the power of the online medium,” says Mehta who, weeks after the release, is still receiving adulatory messages for the show.

Scam has garnered acclaim in India and abroad. The show recreates the rise and fall of India’s most infamous stockbroker Harshad Mehta and is arguably among the best long-form non-fiction shows to come out of India. With a taut screenplay, impeccable re-creation of India during the 1980s-1990s, an authentic cast and subtle storytelling that steers clear of unnecessary dramatisation, Scam draws you into its nitty-gritty irrespective of your interest in the stock markets and its workings. It tells of the biggest money scam India has ever seen. But it also celebrates the underdog who may have hoodwinked the system but also dared to dream big.

“The story is very personal to me because it talks about the class divide that I have grown up with. Here’s a man who didn’t belong to the club of moneymakers who ruled the market. Here’s a man who was the epitome of the struggling middle class who were expected to put their head down and work without dreaming too big. Here’s also a man who didn’t speak the language of money because he had never seen money growing up. We have seen it with Dhirubhai Ambani who was the classic underdog and then epitomised the big Indian dream. The people who are already part of the system trick the system. But when an upstart does it, he succeeds in a bigger way. What Harshad had going for him is his aspirations to rise above the situations and I connect with that,” says Mehta who sees a lot of himself in the protagonist.

Mehta, who broke into the industry with no connections, sees himself as a classic dreamer who took the leap without any safety nets. A simple Gujarati boy who was expected to follow his contemporaries to become an IT professional or engineer, he broke the mould and walked into an industry that was far more closed to outsiders than it is now. “When I came in, I went against everyone who warned me of the uncertainty of the film industry. All I knew was I wanted to tell stories. When, where, how, what stories, I had no idea. And then I saw the divide that was around me all through my childhood. The divide between a guy who belonged and one who didn’t. That’s when I knew how tough it was for anyone to allow a new guy who didn’t belong. I didn’t grudge it. That’s the nature of the jungle. If you have to survive, you create your own habitat. That’s what Harshad Mehta did. He created a parallel ecosystem which was uncomfortable for many. That’s what I did, created my own ecosystem. That’s what so many others do in the course of chasing their dreams. Just that all their stories are not known to the world,” adds Mehta.


The story is very personal to me because it talks about the class divide that I have grown up with. Here’s a man who didn’t belong to the club of moneymakers who ruled the market. Here’s a man who was the epitome of the struggling middle class, says Hansal Mehta

It’s perhaps why you appreciate Harshad Mehta’s journey even though you may not agree with his ways. Honesty wasn’t his best trait, and the show doesn’t try to paint him as a man of integrity. Even so, the empathy that actor Pratik Gandhi generates for this much conflicted character is commendable. Hansal Mehta and Gandhi have created such a gripping narrative of Harshad’s evolution, his arrogance, his ambition and his breakdown that you cheer on his courage. “As creators, what else do we thrive on, if not courage?” Mehta asks.

While there’s the cutting-edge Scam on one hand, for Mehta there’s also the super commercial Chhalaang on the other, which is his latest feature on Netflix. By his own admission, he says it was made to entertain and he did it so he could continue to make films that matter. “When Luv Ranjan met me for the narration of Chhalaang, he said I must do this film so that I can make 10 more Aligarhs. I’m also a practical man and there was a reality check for me in that offer. I want to make films that reach a larger audience so I can further empower myself to make the films I really want to. Like when I discussed releasing a film like Omerta (2017) on one of the OTT platforms my then producer never took to the idea. Few people watched it. Now the meaning and the power of online platforms have changed and for a filmmaker like me, who would prefer an audience that judged the film beyond that single Friday, it’s a big win,” says Mehta.

My transformation was to create work that encourages one to live life on one’s own terms. To have a point of view. That shows in my characters and my stories. I don’t see a film with an ideal hero who can do no wrong. As long as I am able to do that with my cinema, I will keep making movies, says Hansal Mehta

His work on OTT platforms is almost like a new lease after the emotional collapse post the response to Simran. For the first time Mehta was telling the story of a flawed female protagonist, but he admits having made many mistakes, including clinging to the rules of commercial movie-making with that film. “I am constantly on the journey of proving myself to myself. Not to others. The migrant story has been an obsession for me. Dil Pe Mat Le Yaar!! (2000) was about migrants, so was City Lights (2014) and Aligarh (2015). Simran was also about a Gujarati girl living in America trying to break out of the shackles of the Indian diaspora there and becoming one among the Americans. However, a lot of the subtext got lost in the attempt to be funny, attempt to be popular, pandering to an imaginary audience,” he says.

Just like his characters who often fight their own demons, he says he does too. For Mehta, there’s no story unless there’s transformation; be it Professor Siras from Aligarh who fought for love, Shahid the Muslim lawyer who fought for his community or Deepak Singh from City Lights who fought for survival. “I grew up in a house where my grandfather who was a doctor was somebody who served his patients free of cost. He would treat almost 300 patients every day. That was the benchmark. Friends around me were all making a lot of money. That was the norm for success. But I fell into neither of this. I wanted to let my journey be different, and my own. My transformation was to break out of this very conventional set up and create work that encourages one to live life on one’s own terms. To have a point of view. That shows in my characters and my stories. I don’t see a film with an ideal hero who can do no wrong. As long as I am able to do that with my cinema, I will keep making movies,” he adds.

His stories are as political as they are personal and his next project he hopes will highlight the polarising India we are currently living in. “We will have to look back at this time because we are still living it. We still have to absorb it. The good thing is it makes me restless and the restlessness is my drug. It keeps me going. Because I am restless, I create. Because I am restless I tell stories,” he says.