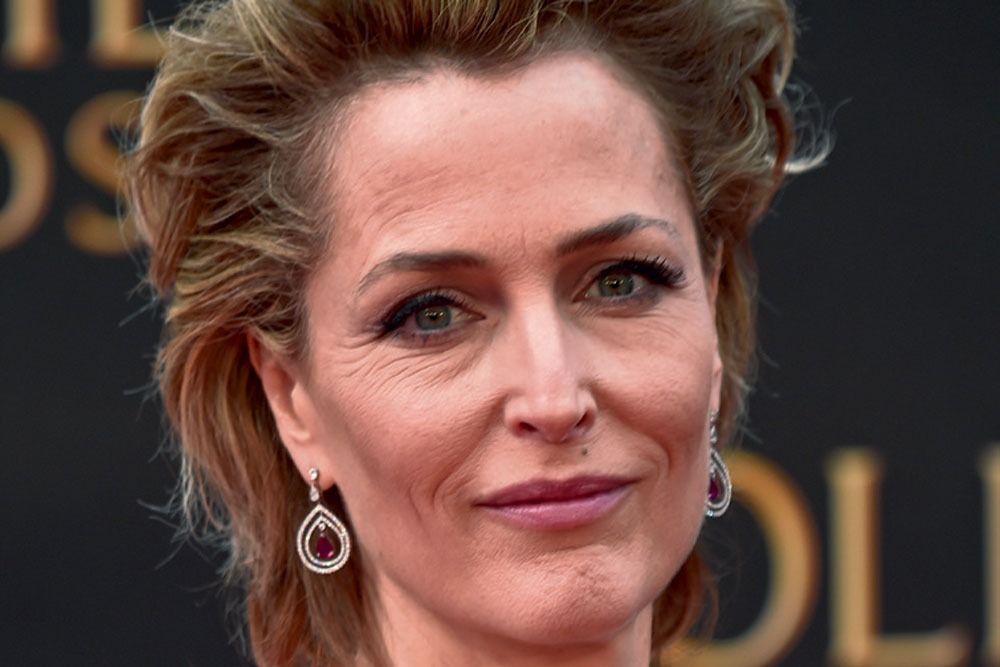 
GILLIAN ANDERSON, who received the Golden Globe nomination for best supporting actress, and SAG award for Outstanding Performance by an Ensemble in a Drama Series, portrays British Prime Minister Margaret Thatcher on Netflix’s The Crown. She speaks on preparing for the part and the lockdown.

Do you think you have similarities with Thatcher, which led you to take the role?

I don’t understand why I felt I would be able to play her. Nothing in my background would point to me having an understanding of her other than perhaps our work ethic. We’re very different people. I think it’s the mixture of being excited by the prospect, the challenge and some aspect of sparking a way in, feeling in some way you know that you can get in there. Also, I’m not easily swayed, and I make up my mind very quickly. I’m decisive. She too knew exactly the direction that she wanted to head in and she was full steam ahead.

Did you have a different approach to prepare for this character than your previous roles?

I would say with Thatcher it’s essential to be grounded in the voice but for me, the beginning was in going back to her and understanding who she was from a young girl, the environment she grew up in and what motivated her. If it were just voice, I don’t feel it would’ve felt deep enough, and if it was just research, I think people wouldn’t have been able to pay attention. It is kind of the marrying of those two. The icing on the cake is the wig, the costume, the shoes, the working on the mannerisms etcetera. Before you start something like this, I found you have to let go of all your preconceptions, opinions, beliefs about her and what you may or may not like about her as a person and leader and then start from scratch. In doing that and diving into the beginnings of the human being it’s easier to ground it. I don’t usually watch another version of a character I’m playing, whether it’s Blanche [A Streetcar Named Desire] or Margo Channing [All About Eve] etcetera. I don’t like watching other people’s versions of them before I’m about to film. I get worried that I’m going to start imitating them or picking things I liked about their performances for mine. The Crown has such impeccable research teams that they will find absolutely anything if it’s available to find. I made good use of them.

Margaret Thatcher was a remarkably familiar personality. How challenging was it to achieve the correct look?

It was a long process in getting to Thatcher so there were a lot of wig meetings and separate makeup meetings and there were the separate wardrobe meetings etc. Probably the first time that I saw it all together was when there was the first camera test. But in the first camera test it was still a work in progress so we all had things that we wanted to change and improve. It was nice to be a part of a group that was collectively working towards [this].

How has your life been after The X-Files?

I’ve felt fulfilled over the last couple of years with the work I’ve been doing. I had an opportunity to do A Streetcar Named Desire [2014], Sex Education, All About Eve [2019] and The Crown. Part of that is I don’t I feel entirely fulfilled unless it’s balanced with good quality time with my children. The one thing that was a godsend through lockdown was solid time with my kids. It was an incredibly fortunate situation being able to have that time, knowing there was something coming out and that I was going to be able to start filming as Sex Education filmed later in the year, so it was easy to relax. I acknowledge that I, under very strange circumstances, was where I wanted to be and at the time it was with my kids.