‘Game Over', which was shot in Tamil and Telugu, and is now dubbed in Hindi, has a few genuinely scary scenes, but it is too schematic in structure and theme to work as a reflective thriller 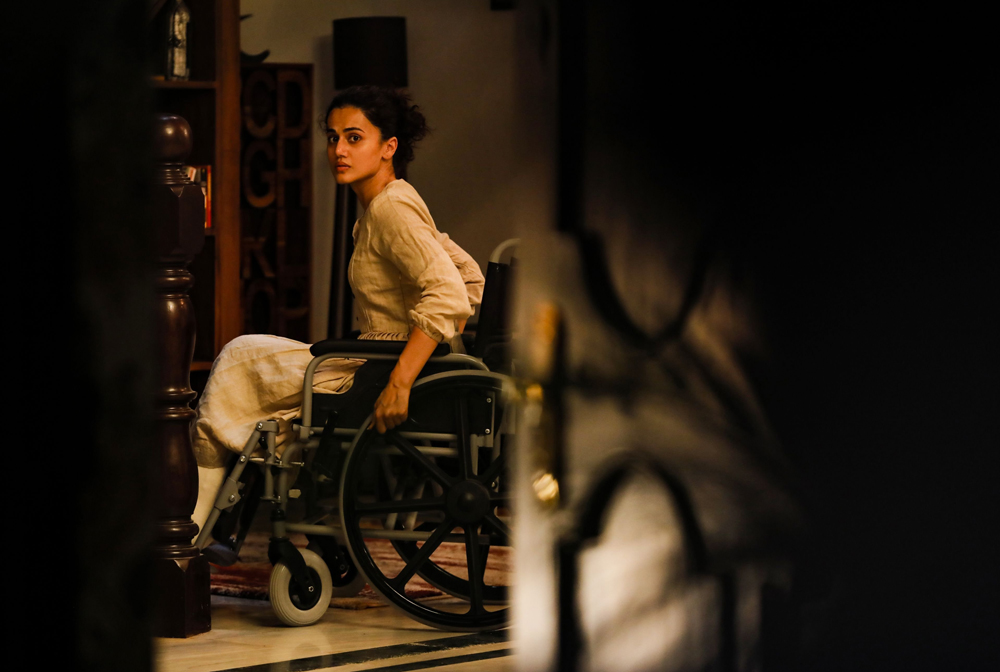 Tattoos play a big part in this thriller. The compulsive gamer in this film, Swapna (Taapsee Pannu) has had a ‘joystick’ tattooed on to her wrist; as you might for your first love. However, after about a year, it starts hurting her so she visits the Tattoo parlour to get it removed. She is told that the pain can’t be because of the tattoo, because had there been an infection, it would have shown symptoms immediately after the tattooing. She is advised to see a doctor.

Later in the movie, it turns out that according to the records of the parlour, the person before her on the chair a year ago had had a ‘memorial tattoo’ done, in which her deceased daughter’s ashes were mixed in the ink. By a grievous error, that same ink was then used for Swapna’s tattoo.

Creepy, as that sounds, ‘Game Over’ gets creepier. It uses a combination of natural and supernatural horror to tell its tale. Swapna’s preference for virtual reality, reflected in her gaming addiction, justifies the social isolation of the lead character in the film’s narrative. We are told that Swapna is a lady of financial means who lives alone with her live-in house-keeper, Kalamma (Vinodhini Vaidyanathan), in the last bungalow in a sector of Gurugram. She has a family that she never visits. She was once the victim of an assault, and suffers from post-traumatic stress disorder, unable to sleep most nights because of nightmares.

Before the opening titles of the film appear, we see that this part of India, the violence capital of the country, has a serial murderer on the loose who decapitates women and sets them on fire. The script really steps on the accelerator in describing the plight of young, single women in the metropolis. Apart from the watchman of her bungalow, and a psychiatrist that she consults with, there are no significant male characters in ‘Game Over’. At a visit to a ‘Coffee Day’, Swapna is terrified by a couple of teenage boys who look at her and discuss a video on their phones, in which a woman, who looks like her, is assaulted. She flees.

At the end of the film, the men who attack her home are tall, masked and anonymous representatives of the male gender. Men, by default, are invaders of homes, minds and mental spaces. Women have to think fast and strategically, like high end gamers, to win this never ending battle. It is a game in which you have just three lives to alter your technique, speed up your reaction time, and out think your opponent.

‘Game Over’, which was shot in Tamil and Telugu, and is now dubbed in Hindi, has a few genuinely scary scenes, but it is too schematic in structure and theme to work as a reflective thriller. It is a jack- hammer, trigger and response film, based largely on misandry. Just as misogyny works well in creating an ambience of vitriol in exploitation cinema, so does a misandrous approach in the genre of horror/crime.

As a consequence, we do not see a flesh and blood person in the Taapsee Pannu character. She is never responding to real people; only to manipulated situations. In such a scenario, acting becomes irrelevant, and this is a pity, because it would have been nice to see this actor in her element.