MeToo and Cold Feet | When Roles Serve as Rewards 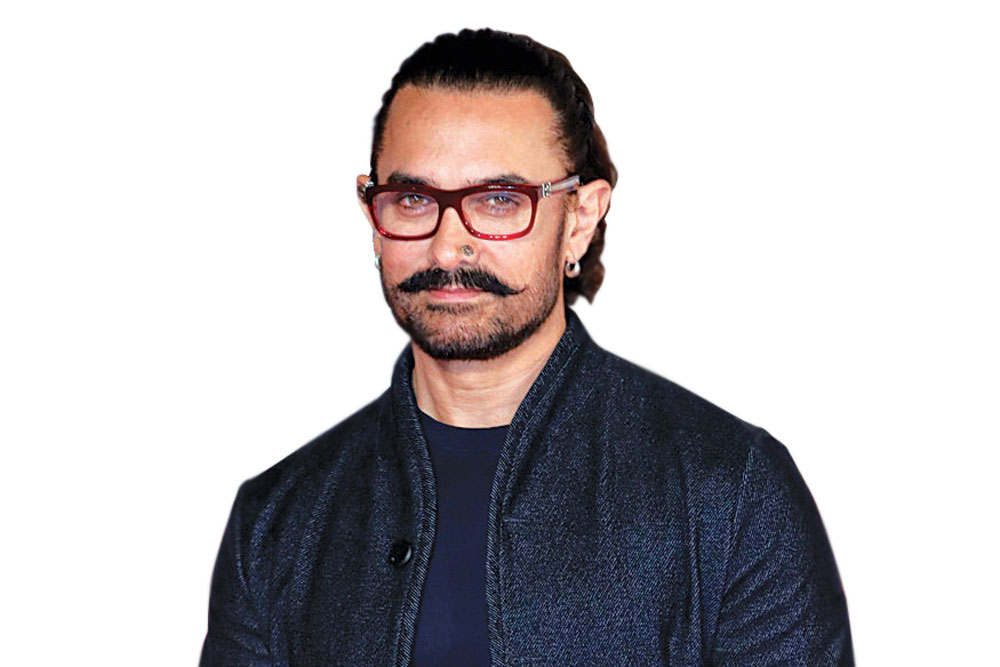 Shah Rukh Khan isn’t the only star feeling the heat and reaching for a ‘safe’ option. Last week we reported he dropped out of Mahesh Mathai’s Saare Jahaan Se Achcha, a long gestating biopic of Rakesh Sharma, the first Indian in space. Insiders say SRK has chosen instead to do Don 3 with friends Farhan Akhtar and Ritesh Sidhwani for the comfort and safety—and insulation against failure, above all—offered by the superhit franchise.

Turns out Aamir Khan (who’d earlier left Saare Jahaan Se Achcha so he could focus on a seven-part Mahabharata series he was developing) has green-lighted a remake of Forrest Gump (1994) he will star in, with the Secret Superstar director Advait Chandan expected to helm it. It is no secret Aamir has long had a Tom Hanks complex; in his youth he preferred the sort of nice guy, everyman roles Hanks was known for. Aamir reportedly acquired the remake rights of the Oscar-winning film and spent a good chunk of time with his writers to adapt it before he began pre-production and look tests. The actor had a huge hole in his schedule after he dropped out of a Gulshan Kumar biopic, and Forrest Gump fits nicely in his scheme of things, even as Mahabharata continues to be scripted.

At least one director too is believed to have gone back to the safety of a franchise. Aanand L Rai, who burnt his fingers with the ambitious but unsuccessful ‘dwarf movie’ Zero (2018), might have decided to swallow his pride and go back to Kangana Ranaut (with whom, he told his friends, he didn’t want to work again) for the third part of Tanu Weds Manu. A day after he was spotted exchanging pleasantries with the actress at the inauguration event of the National Museum of Indian Cinema, she confirmed to the press they had agreed to make the film and that an announcement was coming soon.

The huge success of Sonu Ke Titu Ki Sweety (2018) made the film’s director Luv Ranjan a hot ticket in Bollywood last year. Despite critics savaging his misogynistic take on friendship and romance, the Pyaar Ka Punchnama director had proved he had a loyal fan base connecting with his stories. The icing on the cake came when Ajay Devgn and Ranbir Kapoor signed on for his next project.

However, it looks like that film might be in jeopardy. A few months ago, Ranjan was accused by an actress (who chose to remain anonymous) of sexual harassment during an audition some years ago; the filmmaker denied the charges. There have been no announcements on the Ajay-Ranbir film since, and industry folks say top stars may have distanced themselves from Ranjan. A source though insists Ajay has developed cold feet over playing Ranbir’s father. The film has been described as a ‘Maqbool-esque’ drama where father and son fall for the same woman.

When Roles Serve as Rewards

In film circles this top studio boss is well known for his indecent proposals to acting aspirants. It’s one of Bollywood’s worst-kept secrets. So no one in the industry was surprised when the bigwig producer was outed at the peak of the MeToo wave recently. At least two women pointed fingers at him.

He’s so powerful he managed to drown out their voices in a barrage of testimonials: from his wife who claimed he was the paragon of virtue, and from select women he’s worked with vouching for his professionalism and decency. His accusers might have been silenced, but no one in Bollywood was fooled.

Insiders are saying he’s now returned the favour to a pretty young starlet who defended him. She’s landed a significant role in a movie he’s producing with an A-list male star in the lead. Such a cynical view of things! But most filmwaalas point out this is the sort of top-tier project she wouldn’t be considered for, given her talent and star-wattage—or lack of both. More troubling, of course, is how easily the producer got away. Will some things ever change?