A Fanboy Moment | The Issue of Trust 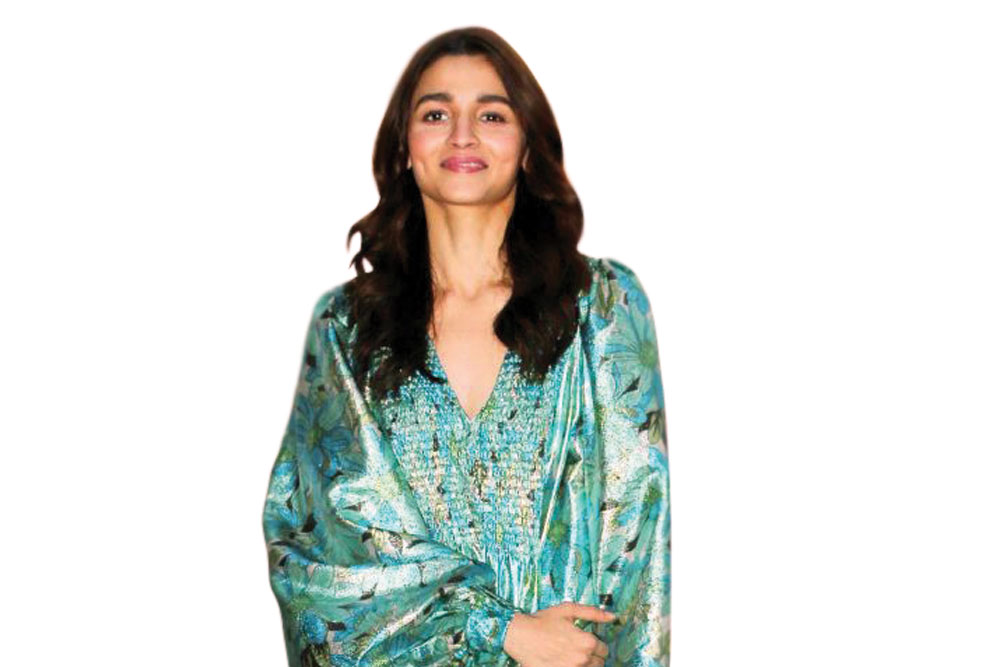 There’s a trade-off taking place between Bollywood and the South Indian film industry currently, and it’s one that the respective industries have happily got behind.

Last week it was announced amidst much excitement that Alia Bhatt will play leading lady to Ram Charan and Jr NTR in Baahubali director SS Rajamouli’s as-yet-curiously- titled RRR. Insiders are saying the film’s producers decided it might be a good idea to rope in a ‘face’ from Bollywood in order to make the film more appealing to non-Telugu-speaking audiences in case they decide to release it across the country. And it was Karan Johar who recommended Alia to Rajamouli, while also making it convenient for her to take the gig.

The actress is currently promoting Kalank, completing Brahmastra, and will begin prep on Neeraj Ghaywan’s next… each of these are films from the Dharma Productions banner. So Karan reportedly told her he’ll work around her commitments to these films in a way that she can squeeze Rajamouli’s film into her schedule. And lo and behold, it’s done.

Meanwhile, it was also revealed that Keerthy Suresh, top star of Telugu cinema, who also works frequently in Tamil and Malayalam cinema, will be the leading lady opposite Ajay Devgn in a film that Badhaai Ho director Amit Sharma will helm for Boney Kapoor. Buzz is that it’s a sports biopic.

Keerthy, who won accolades for her rich, nuanced performance as legendary South Indian actress Savitri in last year’s Mahanati, reportedly turned down several Bollywood offers before saying yes to this one. Janhvi Kapoor, Dhadak star and daughter of the film’s producer, took to social media to gush about Keerthy. ‘Been obsessed with you since I saw Mahanati. So excited that you’re part of dad’s next film. Welcome!!!’ she posted on Twitter.

It’s no secret to anyone who knows him that Abhishek Varman—director of the sprawling, star-studded drama Kalank—is a Sanjay Leela Bhansali fanboy. The influence might not be visible in his debut film 2 States, but the epic sets, the melodramatic moments, and the styling of the stars in the Kalank trailer leave no doubt about which filmmaker has been the strongest inspiration for Varman.

Members of his team have also revealed that the young director has paid homage to Bhansali through a jugalbandi song he filmed on two of his three leading ladies: Madhuri Dixit and Alia Bhatt. Very much in the spirit of Dola re dola from Devdas, Varman’s song is said to be a “celebration rather than a competition”. A key crew member reveals that Alia worked herself into a tizzy preparing to match steps with the nimble- footed Madhuri before cameras rolled, but the Dancing Dixit was very patient while Alia tried to keep up with her.

The Issue of Trust

When news broke that a pretty young actress who’d been signed for a prominent sports biopic would no longer be doing the film because she didn’t have the dates for it, insiders knew something was wrong. After all, this was the most exciting film she had on her hands and one that she could shoulder herself. Plus she’d committed to the film more than a year ago; the “no dates” excuse sounded like just that— an empty excuse.

Turns out things have been strained between the actress and the director who’s helming the project. There were rumors earlier that he wasn’t thrilled with the casting, but both filmmaker and star rubbished those reports. The actress had a big hit last year, and received significantly better reviews for her latest films than she’s ever had before, and it looked like all was fine. Plus she’d begun taking lessons in preparation for the film so things appeared to be on track.

But the news recently that she’s left the film—and will be replaced by another actress—has surprised many. Those in the know say that matters were much better between the actress and the director since last year, but neither trusted each other enough and it led to her deciding she would rather not set off on this journey with him.