Breaking Free on the Beach

Indie goes mainstream at the 10th Film Bazaar in Goa 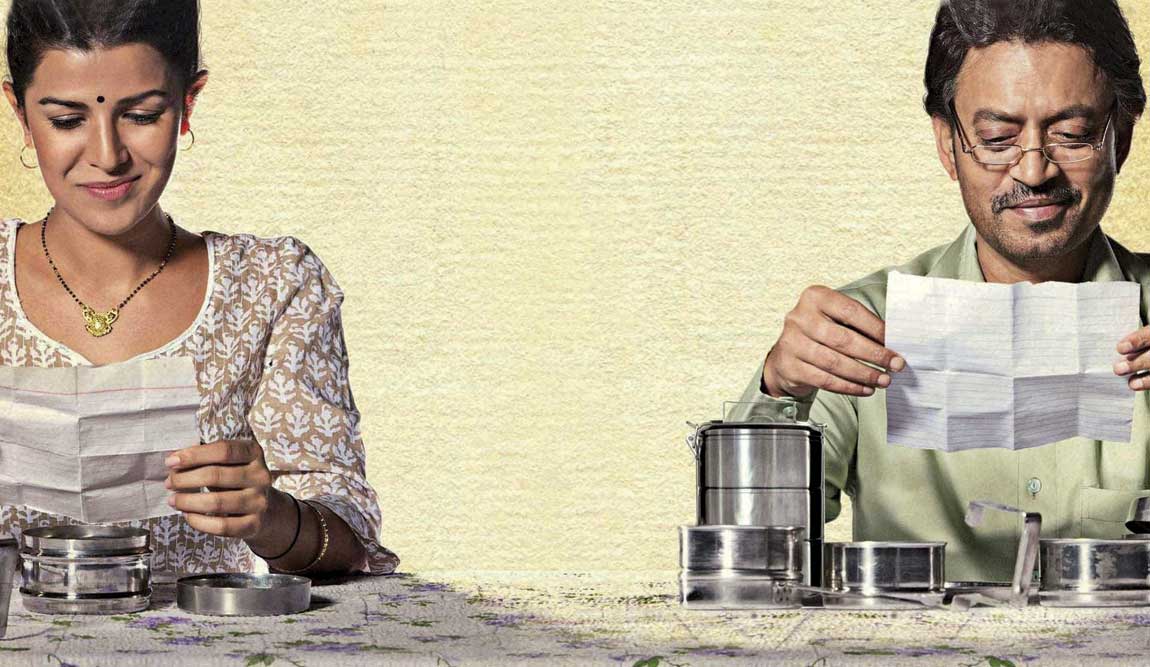 WHEN AN AFGHAN film fanatic is captured by the Taliban, he professes one last wish, to introduce them to cinema (an art form they deem ‘haraam’). A 10-year-old boy from the mountains walks seven kilometres to his school every day with a pet donkey to fulfill a promise. Dhunnu, who is part of a group of Assamese village rock stars, must choose between two meals a day and owning her own guitar. A grand- daughter visits Vrindavan in search of her estranged grandmother who lives the life of a half widow in this holy town.

Stories of real people, leading real lives in remote corners in and around our country. Stories that lie asleep in the diary of an aspiring writer till they are discovered and brought to life by popular cinema. Stories so confined to cultures that they rarely see the light of an outside world that knows little about their struggles. Stories individual yet so universal in their nature that they connect with you instantly. These are the stories that have stolen hearts in Goa at National Film Development Corporation’s 10th Film Bazaar, which showcased over 300 films from South East Asia and was attended by filmmakers from across the globe.

It’s a space where indie has become the mainstream and the esoteric is the toast of the town. Here, a film producer from Los Angeles can meet a debut director from Karnataka and decide to make a movie on a funeral procession in his village. Or a young writer from Kolkata can meet a director from Bangladesh only to find that their stories stem from similar social struggles. “My story is about a young boy who doesn’t get admitted into any school because he doesn’t know his father’s name. Now the situation could be the same in any part of the world, and that’s what makes an idea universal,” says 25-year-old Bangladeshi filmmaker Bijon, who is at the Bazaar in search of a distributor for his film Kingdom of Dreams Subjects. “I met Indian filmmakers and realised that their struggles are a lot similar to ours. We have a very archaic censor board, too, and we are trying to find a language [by which] we can tell a story without being didactic about it,” he adds, before rushing off for a meeting.

Film Bazaar provides space and opportunity for independent filmmakers to make their films happen. Think of it almost like a stock market for good cinema where ideas are pitched and the best ones get picked up. “A film like Lunchbox about a lonely Indian housewife making dabbas interests a French producer and becomes the most loved indie film of this country. The film was only in its scripting stage when it came to the Bazaar, and look where it is now. That doesn’t happen often,” says Marc Baschet who not only co-produced the film but is back now to look for yet another Indian story that interests him. Manas Malhotra, co-director, Film Bazaar, says, “Stories are not really bound by any boundaries, be it cultural or geographical, and with each year we learn this a little more. When we started the Bazaar, I had 15 foreign delegates; today we have filmmakers from 33 countries. We have independent filmmakers not just from India but across South-Asia who want to finish their films and take them across the globe—and the Bazaar just builds a bridge for them.”

Today, Film Bazaar is a platform for scripts waiting to be discovered, half- made films in search of a co-producer, completed films needing funds to travel to festivals, and of course stories on the verge of inception. “I came to the Bazaar with my debut film Sulemani Keeda two years back, and now I’m here with my newest film Newton. For the longest time the concept of a ‘bazaar’ was limited to a stall where people would discuss their films as a business proposal, but here it’s like having all people with similar creative motives under one roof,” says Amit Masurkar, whose debut film was picked up by BBC’s Channel 4 at the Bazaar.

It isn’t as simple as it sounds either. If you have a story and you’re looking to sell it, you’ve got to know your way around the mart. Walking the corridors of the Goa Marriott, one can sense this palpable energy of up-and-coming talent, looking for a meeting, a conversation or just a drink to discuss their ideas. “Yes, the Europeans are suckers for Indian stories, I hear, but how does one meet them?” a filmmaker-friend rues between bites of paneer tikka during lunch. “I hear the producer of Thithi is here. She’s part of a big Hollywood production house. Do you know her?” another new director asks me. I can’t do much for him, but I soon realise why there’s both luck and perseverance at play here, apart from a specific interest in stories about the Indian ethos.

Sunmin Park, from South-Korea, works as a Hollywood producer and picked up an Indian film as her last venture. She has a sizeable list of Hollywood credits on IMDb and is someone everyone wants to meet at the Bazaar this year. She proves how Indian cinema is suddenly ‘cool’ in the West. “Thithi was my 57th meeting at the Bazaar last year. When I met Raam (Reddy, its director), I knew how true he wanted to stay to his story. As someone who isn’t Indian, the whole idea of celebrating death in his film took me by surprise. The fact that so much of village life is forever changing and that the village represents something incredibly unique in human anthropology is also what attracted me to this story of Indian rural life,” says Park, who took the film to every festival from Locarno to Shanghai.

For Raam Reddy, who won multiple National Awards for Thithi, it was a connection that changed the course of his career. “It’s funny that sometimes you have to sell your own stories so hard to your own people, but someone from a new culture imbibes it a lot better,” he says, “My film was as art house as one can imagine, but it has now been seen by more people than it would have if it had a conventional Indian release. That’s what a space like Bazaar provides.” Geetu Mohandas, who is back at Bazaar after her National Award winning film Liar’s Dice found a co- producer here in 2011, echoes that. “As a filmmaker, it opens my mind to stories that may be out of my comfort zone. I met a Sri Lankan filmmaker here whose film is about separating from a lover during the LTTE refugee crisis. It’s fascinating that such interesting work is being written and now being made accessible to us.”

Undoubtedly, the story lines at Bazaar this year have broken conventions. From India’s first animation film in Sanskrit named Punyatithi to a silent film named Chimni about a school girl who survives on mid-day meals, to another fiction film called Ghode Ko Jalebi Khilane Le Jaa Riya Hoon starring 400 non-actors from Delhi, films getting attention at the Bazaar are path-breakers in their own way. “My film is about an eight-year-old boy who falls in love with a grown up woman about to get married. It’s not a story-driven plot, but it’s a journey that anyone can connect with,” says debut director Rahul Shanklya, whose film Nimmo is making all the right noises at the Bazaar. “When I meet fellow filmmakers here, I feel like I know so little about my own country, my own state,” he says. “There is a filmmaker from Kerala making a story about a particular sati practice from UP and I had no idea this existed. There are people from so many different backgrounds here. It’s overwhelming to meet these people because that’s when you know that a story is limitless.”

For those who do not have a film to sell, there is time to discover a whole new language of filmmaking at the Bazaar. In India, we are not yet used to virtual reality as a form of filmmaking, and this proves to be an eye-opening experience for many a movie buff. “I watched a VR documentary on Syrian refugees, told through the perspective of a 12-year-old girl and I felt like I could literally breathe that air. The whole film was shot on 360 degrees and I have never felt part of a story that much,” says Gayatri Ram, a budding actor.

If you spend time at the Bazaar, you are sure to spot a stout Caucasian man in a short kurta soaking in the sun and observing his surroundings. He is Paulo Bertolin, a festival programmer, who is so in love with India that he quotes Satyajit Ray and Mrinal Sen more than our own filmmakers. Yes, he is also the man who has the power to pick the next entrant from India for The Venice Film Festival. “I have been coming to the Bazaar for the past four years and found Chaitanya Tamane’s Court here. We had a Tamil film Visaranai last year and Gurvinder Singh’s Punjabi film Anhe Ghore Da Daan too before that,” he says. “In recent years, there has been a surge of this new generation of independent filmmakers in India, again from very different backgrounds, and I feel now is the moment when people are recognising this new age of cinema… though I am still looking for that one Indian film which will be in the main competition, and that will be a real win.”

While the Bazaar isn’t a foolproof way to make your movie happen—it offers no guarantees—it’s clear that the West may be a bigger market for talented indie artists. What’s especially reassuring is that amid all those megabudget films of Bollywood, we now have a parallel world of cinema with substance. As a friend who found his producer at the Bazaar after working on his film for eight years says, “We are all independent in our thought. It’s just about meeting someone who can understand how you want to tell your story and sticking with that vision. A model friend of mine introduced me to my producer here and we just clicked. Who would have thought?”