Bollywood has Lost the Plot

Before they start flirting with weighty issues, the Bollywood biggies should learn to string together a plausible tale. 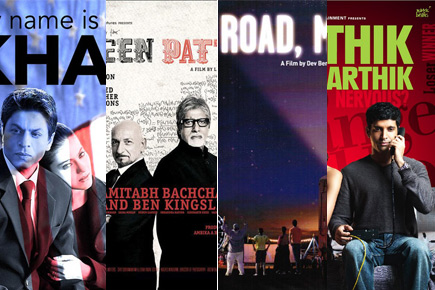 Hindi cinema has developed a taste for weightier issues, and is making a spectacular hash of it.


Hindi cinema has developed a taste for weightier issues, and is making a spectacular hash of it.

The story begins. Your expectations are high. The story falters. You cling to hope. The story collapses. You are expected to believe that the writer has redefined the realms of cinematic imagination. Try nothing else. If you do, you will be a thoroughly confused person.

Crude as it may sound—and somewhat rude too—the one overwhelming truth about contemporary Bollywood is that many makers are trying too hard, and doing very badly. Being good at being different is what matters, a quality completely absent in a messy hodgepodge like Karan Johar’s My Name Is Khan and quite a few other recent films. In a country where film criticism deserves unsparing criticism, Johar and Shah Rukh Khan’s combination can get away with murder in broad daylight. Some lesser makers using the pushing-the-envelope formula may not be as fortunate. But even these guys can’t abstain from conducting hopelessly anarchic experiments in their filmmaking labs.

Did the makers of Karthik Calling Karthik and Teen Patti—both lesser films belonging to the Gone Haywire Club—realise how disastrous their films would turn out to be? They certainly didn’t, which is why such badly plotted movies. What is more relevant is why Karan Johar chose to abandon his comfort zone with a flick like MNIK. In the film, SRK’s character Rizwan Khan suffers from Asperger’s syndrome, which is a condition not an ailment, as it was frequently described in the film. So much for the most basic research.

Johar’s Rizwan goes to the USA, falls in love with a single mother, and they get married. Then comes 9/11, and Johar loses his beanbag. The story goes here, there, everywhere. Mandira loses her child in a racial attack. Rizwan moves out of her life since she asks him to. He follows the American President in an attempt to catch up with him and tell him a line only Socrates could have thought of: “My name is Khan, and I am not a terrorist.” During his journey, he comes across one Mama Jenny. And he even turns into a rescuer when Jenny’s place is ravaged by floods! Of course, there is a sub-plot in which he is checked thoroughly at the airport, making one wonder if SRK’s real-life harassment has acted as an inspiration.

A young man suffering from Asperger’s who leaves for America, gets married, does the job of a cosmetics salesman, gets cornered because of being a Muslim, does repair jobs to make money, follows the American President, meets him finally… how convoluted can a plot get? What is Karan Johar trying to say through the film? Is MNIK the story of a suffering human being who gets married first, and gets into trouble thereafter? It’s not. If the film is about love in the time of terrorism, why is Rizwan shown as a rescuer of people trapped by floods? That’s confusing. Is meeting the American President so easy? Ask Karan Johar!

Bollywood has been known to make films that have a decent enough first half and a terrible second half. Stories just seem to fall apart in the latter half. Unwanted sub-plots find space out of the blue, a new character in an extended special appearance drops in from nowhere, and just when you think the climax is on the way, in comes a song. But such unpretentious and lowbrow flicks are made by those who don’t try too hard.

Messed-up plots are the ones that torment the viewer, hatched as they are by brainwaves bereft of direction. If you have watched Teen Patti—that is, if you have—the sheer weight of pretence might have left you speechless. Despite Amitabh Bachchan’s remarkable performance in the role of an absent-minded professor Venkat, who has made a discovery about the theory of probability, the film’s story goes for a complete toss after a few scenes.

Inspired by the Kevin Spacey starrer 21, Teen Patti’s downfall is facilitated by the fact that Bachchan isn’t shown as a bad guy like Spacey’s MIT professor. Hence, when he indulges in gambling along with a cunning young colleague and some students, the money-making binge is made to look like philanthropy because of the trouble-ridden tales of his colleagues! Amateur players break into gambling dens, where crores are at stake, with blissful ease. The narrative lacks an identifiable structure, with random scenes making wild card entries. The film loses the plot completely, and all one remembers is that it manages to look good.

Why is Bollywood making frantic attempts to make technically good films while ignoring the need for a well-structured story line? Why does Karthik Calling Karthik undertake a labyrinthine journey before revealing the mystery tucked within? Just like Bachchan in Teen Patti, KCK’s lead Farhan Akhtar can do nothing to save the film because of its structureless plot. What does Dev Benegal, the director, try to convey through Road, Movie, which comes across as a cinematic journey that leads nowhere? Known to be circumspect while selecting his movies, the protagonist Abhay Deol surprises us all by acting in a flick that tries to be sophisticated and fails miserably.

The making of such bizarre films guarantees one consequence. When the Bollywood of today is spoken of years later, many films that are supposedly experimental will be simply dismissed as bad cinema. Even sadder is the thought that many fine movies of recent times—for instance, <i>Stoneman Murders<i>—may be completely forgotten. The reason: these movies might have great plots and fine acting, but few speak about them when the films hit the marquee. Somehow.