From a comedy of situation, with which it begins, the film turns into an uplifting and affecting bonding of the human family 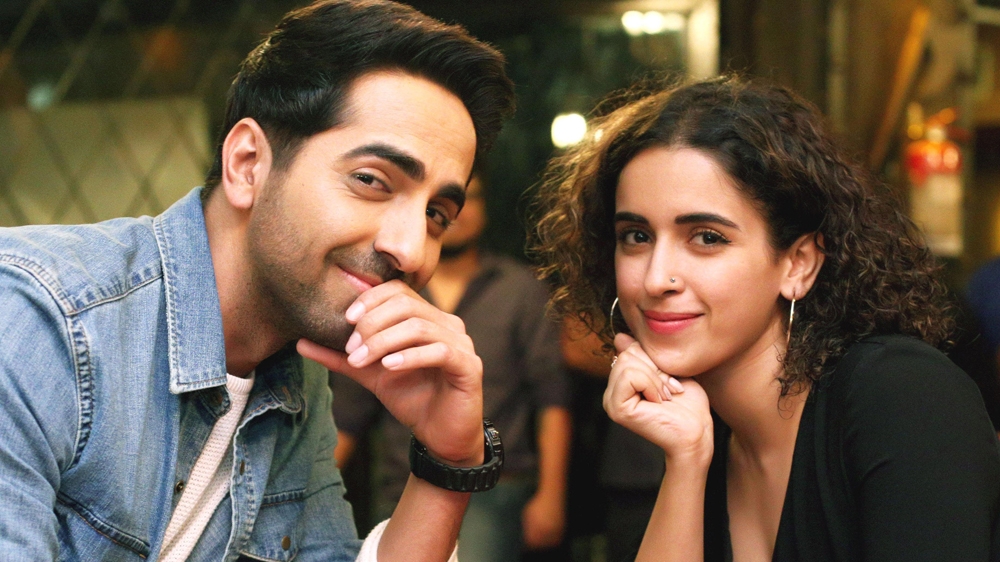 The primordial emotions this film gathers around itself is the same as when you watch a David Attenborough natural history programme. An elephant is pregnant. As she goes through her gestation, various tusked relatives are a little hostile because she is past her prime. But later, they turn protective and guard her from lion attacks and the inclement weather. Finally, when the big day arrives, the herd gathers around her in a circle, and you watch in wonder and awe, as she delivers her offspring. Then you gawk and coo, as the baby elephant stands and walks her first steps.  Attenborough’s humane voice takes over, holding forth about the wonders of the natural world.

Transferred to the mundane human planet, this is the entire plot of ‘Badhaai Ho’. Priyamvada (Neena Gupta) and Jeetendra (Gajraj Rao) are a middle-aged couple in Delhi who have two grown sons, one who is working in a private company, and the other who is in the final years of school. One day, she complains of tiredness and goes for a medical check-up, only to find that she is pregnant. Since she has discovered this a little late in the day, both husband and wife decide to have the baby. The sons are shocked at the news, and profoundly embarrassed; the extended family and friends equally so.

It is an old plot line used in ‘Never Too Late’ (1965). With a married daughter appalled to discover that her parents are going to have a baby before she does, she bursts out with an accusatory exclamation: “Oh father, how could you?”. This is the same reproachful tone with which Nakul (Ayushmann Khurrana) and Gullar (Shardul Rana) greet their own Dad, and the same censorious manner in which they treat his ‘irresponsible’ bedroom proclivities. The funny part, of course, is the North Indian cultural role reversal, with the sons passing a moral judgement on the father’s licentiousness.

So ‘Badhaai Ho’ has no real story, and revolves entirely around situations and characters. But the actors are very good, the set-ups often funny, and the lines frequently moving and well written. Moreover, it is nice to see that the star of a Hindi film is a pregnant woman. Neena Gupta, as Priyamvada, carries it off beautifully. She is deliberate in her physical and psychological transitions. As the film progresses towards her delivery date, she alters her walk and her stance. Her facial expression also changes, from an embarrassed sideway and downward look, to one of fortitude, acceptance and understanding.

Almost miraculously, as her physique and persona goes through this natural transmutation, the members of her family seem to sense it, and perceptibly modify their own behaviour. The crotchety grandmother (Surekha Sikri), habituated to delivering a daily dose of abuse to her family and other animals, turns around dramatically and actually defends her pregnant daughter-in-law as a blue chip ‘bahu’, the kind that appears to a saas once, if ever, in a lifetime.

Forgiveness for the sake of the family, is the theme. Priyamvada persuades her older son, Nakul, to express regret to both his estranged girlfriend (Sanya Malhotra) and her mother (Sheeba Chaddha) for having used harsh words on them. The impending birth of a child in the family, it seems, has turned into a form of spiritual blessing.

This metamorphosis that takes place, transforming a birth in a family from an inconvenience to a benediction, at least in the perspectives of those least expecting her arrival, is the best part of the film. It is an emotion very well written into the later scenes in the movie. As Priyamvada’s pregnancy progresses, her family’s views change organically. Towards the end, when she can finally see the shape of her unborn child in the ultrasound scan, and the obstetrician says that it is a perfectly formed and healthy baby, there is a perceptible tonal correction applied to the movie. From a comedy of situation, with which it begins, the film turns into an uplifting and affecting bonding of the human family.

So if you have tears, prepare to shed them now.