Alankrita Shrivastava breaks the barriers of censorship and sexuality 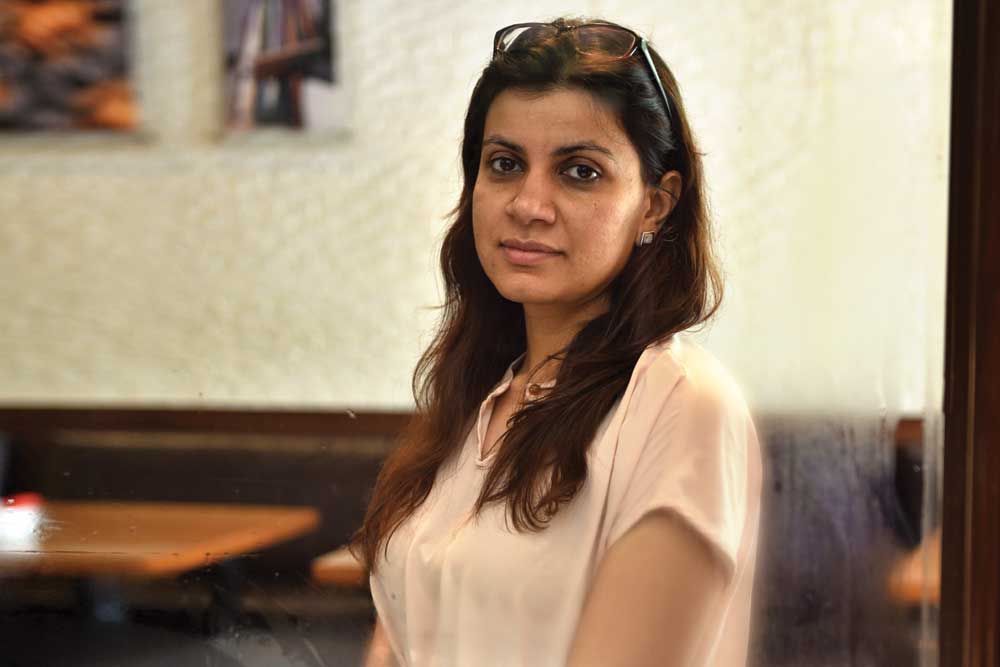 A SMALL YET significant journey of an independent Indian film began in December 2016. The film called Lipstick Under My Burkha talks about four women living in Bhopal and their individual voyages of discovering, or rediscovering, their sexuality. The movie was complete, but its fight to reach the world had just commenced, thanks to the Central Board of Film Certification (CBFC) which refused to pass the film, deeming it as ‘offensive’. According to the CBFC, the film was too ‘lady oriented’ because it spoke about women’s fantasies, underlining their discomfort with the subject of female sexuality. Thankfully, their decree raised a storm. Those in the film fraternity and beyond questioned the whole process of who decides what the audiences should or shouldn’t watch and on what basis. This debate was long pending, but unlike many others, this one reached a fair conclusion, though six months later.

Today, as I share a cup of coffee with the writer and director of the film, Alankrita Shrivastava, I notice victory in her words. After a long battle with the CBFC, the film has finally been passed with just a few minor cuts, and for her, it’s a fight well fought, and finally won.

“I am not okay with censorship in any form, but it was terrible that a government body like the CBFC chose to ban a film because it is from the female gaze. There is no nudity in the film. The sex in it is not titillating. But the minute they realised that the film was about how a woman looked at her own sexual experiences, it was problematic. This is the same board that passes films with item songs that talk about women’s bodies, but from a man’s perspective. It was highly hypocritical and I’m glad we could fight that,” says Shrivastava.

But Lipstick has benefitted from the controversy in a way as it has become a point of reference for women’s issues. It has now been screened at over 35 international film festivals and won 11 awards. The film officially releases in India on July 21st, and has already become a hot favourite among cinema lovers. Ironically, it has been picked up for distribution by ALT Balaji, the parallel, younger arm of Ekta Kapoor’s Balaji Telefilms, a production house that created some of the most stereotypical women characters and situations on TV shows.

“Well, it’s nice that we are able to break barriers at all levels. The debate about the subject of the film may not last, but at least it has got people talking, and that’s essential,” says Shrivastava. “I feel one’s political perspective comes through in one’s work. But I did not write the film thinking of making a point. I was always fascinated by what goes on in the mind of a regular woman in India. Like the beautician you go to, or any girl walking down the street. They may seem happy on the outside, but what really goes on in their minds? I wanted to explore that, and that’s all,” she adds.

I did not write the film to make a point. I was always fascinated by what goes on in the mind of a regular woman in India

For Shrivastava, who comes from a Delhi-based family of academicians and working women, freedom of expression was never a concern. Even as a young girl growing up in a boarding school in Dehradun, she was encouraged to speak her mind, ask questions and debate. She remembers being introduced to the inequalities women face very early on in school. “We’d have workshops in school on how women shouldn’t blame themselves, how many laws in our country discriminate against women, and we were told that it is wrong. I was lucky to have been in a space where we were encouraged to form our own ideas about gender, instead of someone telling us how and why one (gender) is stronger or better than the other. In that space, I was free to form my own opinions,” she adds.

However, on the other hand, she was also fighting everyday sexism outside her home and school. Growing up in Delhi, she says, was nothing short of a nightmare for many young girls like her. The unwarranted attention she received as a teenager forced her to be overly cautious of the men around her. “I felt it from the time I hit puberty. I was 12 when someone tried to molest me in a park. I was alone and the men just surrounded me till I screamed and ran from there. When I was 15, I remember I was in a car with my mother, and a man on a scooter just put his hand inside the car, trying to grab my breasts. Molestation on the streets was consistent. There are many such instances during my growing up years that I don’t think will ever go away. And imagine, those were the years when you start discovering yourself, your body. It is such an awful way of experiencing that you are a woman,” she says.

“There is a new generation of filmmakers who will not use films to perpetuate sexism. We won’t be casting actresses because ‘yeh bik rahi hai’”

After graduating from Jamia Millia Islamia, she knew she wanted to move base. Mumbai gave her the freedom that was denied to her in Delhi. “When I moved to Mumbai, I couldn’t believe that it’s possible to live like this, with this kind of freedom. I did not know what it is like to walk on the streets and not keep looking back. I realised that I was living in this constant fear, and though it was subconscious, it was there. That fear really faded away once I started working here,” she says.

From the very beginning, films were her medium of expression and though she worked as an assistant director on mainstream films such as Raajneeti (2010), her kind of cinema went on to be different. “I feel like I loved popular cinema until I came to college. In college, I was exposed to independent cinema such as Nagesh Kukunoor’s Hyderabad Blues, Revathi’s Mitr, My Friend, [Mira Nair’s] Monsoon Wedding. In these films, I started seeing a slightly more alternative way of thinking,” she says.

Her first film, Turning 30!!! tried to make a statement about a single girl in her 30s facing her own challenges in a big city. But it wasn’t too successful in driving home the point. Shrivastava wasn’t trying to take on the mantle for female emancipation through her work, but that was her passion. “Turning 30!!! was my process of unlearning everything I had learnt in the paradigm of mainstream cinema. I wasn’t even sure what I was trying to say,” she says. Lipstick is where she believes she has come of age. The film has emerged out of her yearning for freedom.

In the stories of a young Muslim girl who wears make-up under her veil, a widow rediscovering sex, a housewife trying to be independent and a two-timing beautician, she saw the dreams and aspirations of many women around her. “Even though from outside I am free and I can do whatever I want, from within, there’s something holding me back. I really wanted to explore that. I wanted to write about the lives of women who have real restrictions and their fight for freedom. I thought of these four characters. Although they are fictional, there is a lot of truth in terms of female experience,” she adds.

Perhaps that is why the film seems to have resonated with audiences across the globe. It has won awards from Mumbai to Tokyo to London to Glasgow. “In all these spaces, the way they have understood the film and owned it is amazing. Though it is such a culturally specific film, what struck me was that it is so universal. Their [the characters’] ups and downs, their dreams, their passions, their defeats, their double lives, how they steal a piece of life—these are the things women across the world can connect with,” she adds.

Hindi films from a woman’s prism are few and far between. In the 80s, there were some films like Mandi (1983) and Arth (1982) that strongly advocated the need to understand a woman’s point of view. Then came others like Fire (1996) and Bend it Like Beckham (2002) that touched upon female sexuality in a highly patriarchal setup. Recently, we have seen films like Parched (2015) that encourage the breaking of taboos attached to women in rural setups. However, these are too few compared to the large volume of mainstream films that, even now, portray their heroines as secondary to the heroes. Even in a film like Pink (2015)—which highlights the need to talk about and penalise heinous crimes like sexual abuse—the main point is driven through by a male protagonist. Hopefully films like Lipstick hint at a change. At least those like Shrivastava strongly believe so.

“There is a new generation of filmmakers who will not use films to perpetuate sexism. We won’t be casting actresses because ‘Yeh bik rahi hai [She sells].’ When we have 50 per cent of filmmakers who are women, we’ll see how the landscape changes. It can’t be every female filmmaker’s cross to bear to make films that talk about issues. First, let’s have enough of them in the room. One step at a time,” she says.