Salman Khan has retired to his Panvel farmhouse during this period. His friends say he has the necessary permit to return home if he wishes 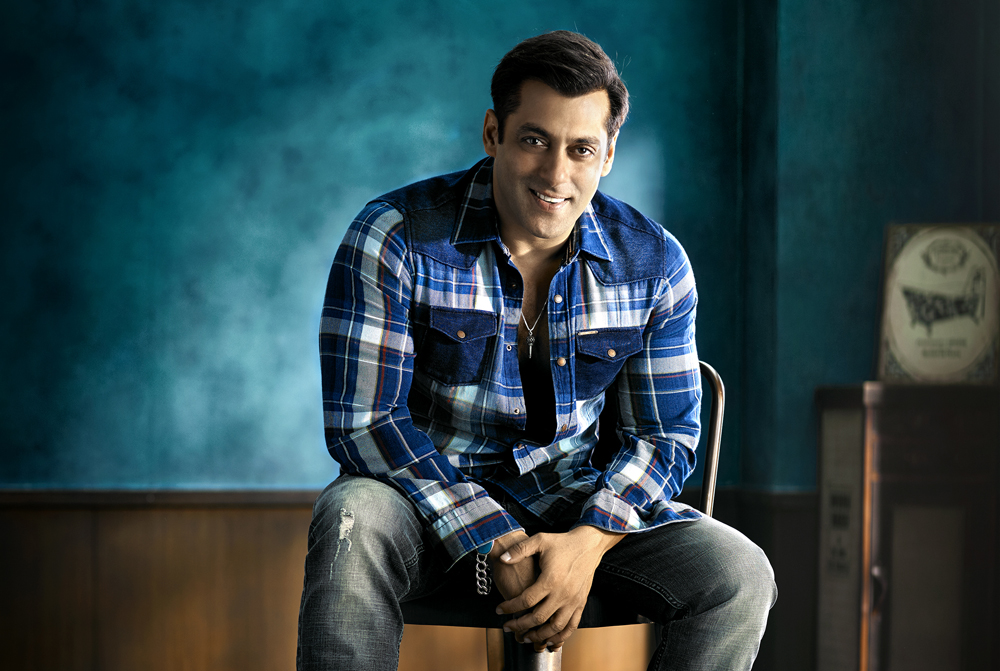 
Veteran scriptwriter Salim Khan was criticised for taking a morning walk along the Bandra Bandstand during the ongoing lockdown. The 84-year-old clarified he suffers from lower-back issues and has been advised not to stop his walks. Salim saab, as he’s popularly addressed, further explained he was taking every precaution like wearing a mask and walking at a safe distance from others. He added that he wasn’t alone on the road; many other morning walkers and dog walkers were out and about on the same stretch but he was being singled out because he’s a public personality.

Meanwhile, his superstar son Salman Khan has retired to his Panvel farmhouse during this period. His friends say he has the necessary permit to return home if he wishes, but he has chosen to remain in Panvel so there is no risk of exposing his ageing parents to any potential health hazards. He did, however, make sure he’s surrounded by friends so he doesn’t get bored or lonely. Jacqueline Fernandez, Waluscha De Sousa, Iulia Vantur, Sangeeta Bijlani and others are also reportedly unwinding at the farmhouse with the actor, whose sisters Arpita and Alvira, have also been visiting.

Mornings at the farmhouse are spent horseriding, followed by an elaborate breakfast. A source reveals that Salman has a fully stocked bar and long afternoon naps are followed by evening drinks and a fancy dinner spread.

Salman also created a song dedicated to India’s fighting spirit in these times and invited composers Sajid-Wajid to record a track he wrote with Hussain Dalal. He also sent for Abhiraj Minawala, whose debut film Love Yatri (2018) he produced with his brother-in-law Aayush Sharma in the lead, to shoot the video.

Earlier this week, Sonu Ke Titu Ki Sweety star Kartik Aaryan posted a video on Instagram in which he’s seen biting into a roll only to make a face that suggests it wasn’t really tasteful. His sister, standing by for his reaction, rolling pin in hand, is then subjected to mock punishment for her cooking skills that ends with the actor throwing her off the balcony—none of it real, of course.

The video, intended as a joke no doubt, has rankled social media users and film industry folks who have been sharing the link on their private WhatsApp groups and outraging over the actor’s ‘warped sense of humour’. One filmmaker reportedly confronted the actor, who laughed it off saying the director was making too much of it. He pointed to the thousands of ‘likes’ the video has received on Instagram while explaining that fans had clearly understood that it was meant in ‘good humour’.

It appears that most of Bollywood has heard (and is having a good laugh over) the news that a popular leading man was intercepted by the cops while he was trying to sneak into the building his actress girlfriend lives in. The male star reportedly drove from his home to the actress’ neighbourhood, then tried to discreetly visit her at home, only to be stopped by patrolling officers who were on the lookout for those flouting the lockdown.

The cops were surprised to see the actor, and in turn, the A-lister was embarrassed at being caught. Turns out he got an earful from the visibly exasperated officers who pointed out that role models like him shouldn’t be breaking rules. They didn’t miss the irony that he’d made videos urging fans to stay home to beat the virus—and here he was acting irresponsibly himself. Sources who claim to know how things panned out say the cops charged him a fine before letting him off, and the actor, who by now was red-faced, sheepishly paid up, apologised and then proceeded to visit his partner.