Why We Still Love Apache Indian (and Bryan Adams)

As a country, we love songs we can sing along with. Perhaps because that takes us back to being the cool young kids we once were 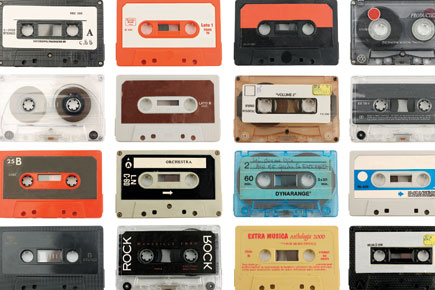 As a country, we love songs we can sing along with.


It is Tuesday night and I am in the middle of a dance floor. But this Tuesday night is special, it’s the second ‘Happy Tuesday: Delhi’s Indie Night’, and the DJs are playing stuff I’ve never heard before. More strangeness: everyone is actually dancing.  “You don’t know this song?” my friend yells. He is English, and he is thrilled to hear some of his favourite tracks being played. I shake my head. “It’s the Sex Pistols! I thought you liked retro music!” he says, “Almost every Indian I know from your generation knows this stuff.” Well, clearly, I’ve been hanging out with the wrong crowd. Indeed, it seems that way when I look around to see other ‘Indians from my generation’ dancing gamely to everything that’s on, and even (could I be imagining things?) singing along.

Let’s rewind and go back to the early 1990s now, to examine the source of my surprise. The global market had come to Delhi. Cable TV had just come in, and after much debate on whether this was suitable for young people, we were all, grudgingly, allowed to watch MTV. Teen idols like Joey Lawrence developed a fan following, which, without the internet, was something. We heard Michael Jackson and Apache Indian and Def Leppard without any distinction. Some of the boys I went to school with aspired to start a band; they played their tennis rackets like guitars, singing to the obligatory Samantha Fox posters in their bedrooms. The girls’ bedrooms, too, showed this change. Suddenly, pictures of puppies were replaced by Madonna, holding a lollipop; Michael Jackson, clutching his unmentionables; big shiny posters you could buy at Archie’s Gallery, our gateway to pop culture, for about Rs 50 apiece, a huge deal in those days. We were, in short, the first generation ‘into’ music in a way our parents never were. Prior to this, I had a couple of old cassettes that my parents happened to own: The Beatles and ABBA. Everyone I knew had the same cassettes.

In the 1980s, my gurus of music were my older cousins. They procured bootlegged cassettes containing the songs that were popular then. La Bamba played over and over again, as well as Walk Like An Egyptian. We had ways of letting music filter down to us, even as we eschewed anything to do with Bollywood or simply ‘the Hindi film industry’, as it was called then. Bollywood was not cool, and even if we didn’t quite know what cool was, we knew what wasn’t. Across the country, other younger siblings learnt the same things. They were more familiar with the Spanish in La Bamba than with any Hindi songs, especially if, like me, they didn’t come from a particularly musical family.

With MTV also came a brand new radio station in Delhi. All India Radio, which was normally stuffy, launched a youth channel. There was an English music slot in the evenings. The familiar jingle: ‘You’re listening to Times FM… yeah!’  was something we all looked forward to, and in the evenings, most of us would leave our radios on, becoming familiar with the RJs, people like Roshan Abbas and Shamshir Luthra, who talked intelligently and played requests. Often, we called and requested songs of our own, but for the most part we were content listening to the rock anthems and ballads that the RJs played, along with the late night show, which mostly played love songs.  ‘Retro’ music, if you could call it that, was just beginning to filter down to India, about 10 years late, so it was to my surprise, as I was researching this story, that I found that Summer Of 69 was released in the early 1980s, not in the 1990s, as I had always thought. Why this gap? I think the music always existed, but suddenly, with more access to it, we began a belated discovery of stuff we had missed. To give you an example: I heard all three of these songs the same year: Can’t Help Falling In Love With You by UB40 (1993), I’ll Be There For You by Bon Jovi (1988) and Uptown Girl by Billy Joel (1983).

Let’s come back to the present, for the moment. As a country, we’re thrilled by music we can recognise. If we can sing along, it’s a hit. Even the few clubs there are, compensate on weekends by playing a mix of Bollywood and retro, just so the dance floor is full. Crowd pleasers. And nothing pleases this crowd more than being able to do the jitterbug, or chant to Karma Chameleon. It makes us feel good, I think, examining our roots; it makes us feel momentarily like the cool young kids we once were, swapping tapes and mixing our own. So, bars that play retro music live on and on. Consider the two most popular places to go to in Mumbai’s Bandra: Toto’s and Hawaiian Shack. Toto’s has been around for so long, you’d think it’s probably as old as the music it plays. It’s comforting in its familiarity: always the same old set list, always the same old people, the same old loud (and conversation inhibiting) music. Yet, this is exactly why it’s so crowded. After a long day at work, no one wants to listen to anything unfamiliar. They want old stuff, retro stuff, what I call ‘comfort music’, something so familiar, you don’t remember a time you didn’t know it. Just up the road at Hawaiian Shack, people dance every night to the best of the 1980s—Queen’s Break Free David Bowie’s Under Pressure and Madonna’s La Isla Bonita. To please all crowds, it has a hip-hop/Bollywood section on the first floor, but nothing is as crowded as its retro area.

In the 1990s, when our school and my house were just a stone’s throw away from Khan Market (which was very utilitarian and unposh then), a small shop opened that seemed to be aimed just at us. It still exists, in the back section, near The Body Shop, but now you’d probably walk right by it. It was called Archie’s Gallery and it was meant for us. Back then, they had a few greeting cards and gift items, but their main draw were the piles of cassettes they got, all the latest stuff, and it was pretty extensive. They had loads of music paraphernalia as well, for instance, little books containing song lyrics (remember, these were pre-internet days) and large glossy posters of just about anyone you could desire. Being pre-teens, we didn’t have much cash, but they were good about letting us look; only chasing us out if ‘real’ customers came in through the door.

One of the owners of the Khan Market branch had a good idea (I don’t think they did it at any other place) and began offering a rather specialised service. If you gave them a list of songs—any songs, mind you, even ones you might have only heard briefly on the radio—they would mix a tape for you. This suddenly opened up possibilities. One person would make a cassette, and it wasn’t long before we learnt how to use our old double-deck cassette players to copy this cassette and pass it on—music piracy in its infancy. Only, we didn’t know yet how to line up exactly the songs we liked, so often it was four or five people with the same mix tape, the retro stuff, and we all knew it and loved it and sang along to it. This explains how our entire generation knows exactly the same songs.

For everyday Indians, retro music is a nostalgia thing. For bar owners, it’s a money-making thing. How many times have you been to a bar just to see a group of drunk people at the table beside you break into a rather good version of Piano Man? I have, several times. Sometimes, I sing along. When I connect with the music, when I think ‘Oh, I know this’, it takes me back to a time when we were starting out, taking baby steps along the path of musical awareness, hearing everything without discrimination. Maybe we’re stuck there, because we enjoy the familiar so much. But is that such a bad thing?